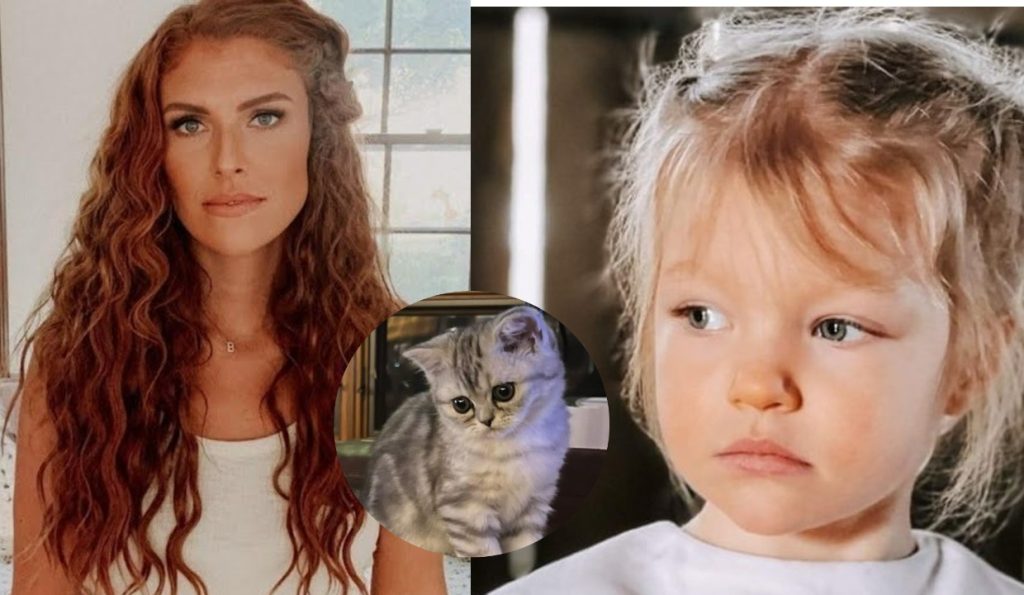 Audrey and Jeremy Roloff used to be a loved couple from Little People Big World back in the day. The latter introduced the former in the show as his “girlfriend”. And LPBW captured major milestones from their life, from their wedding proposal to their ceremony. However, they quit the series five years ago. Yet they remain in the news for some very concerning updates. Well, this includes their unhygienic lifestyle and poor choices when it comes to parenting. Audrey Roloff is in trouble again because of the latter. Many fans are furious at her over something her daughter Ember did to their family cat. Keep reading to know more details about this.

Audrey and Jeremy Roloff portrayed themselves as a sweet couple at the beginning of Little People Big World. But they quit the show many years ago. Since they began to showcase more of their lives through social media, the LPBW couple has run into trouble multiple times. This is because of the glimpses of their messy rooms and also poor parenting decisions. Earlier, baby Bode had been exposed to an ax, and Audrey even let her kids walk barefoot outdoors. However, a new reveal is angering many fans. It turns out Audrey and Jeremy ended up gifting a cat to their kids for a holiday season.

This adorable furry member of the Roloff family is a Scottish Fold kitten. The children gave her the name Aspen. Lately, Audrey Roloff put up a video where her eldest daughter, Ember, was playing with the cat. In the clip, the 5-year-old picked up and dropped the pet, only to pick her up again. That’s when an LPBW viewer captured this moment and shared it on Reddit. They were furious at Audrey for not teaching her kids how to be gentle with innocent, voiceless beings. The Little People Big World audience shamed her for being busy recording a video on her phone instead of teaching her kids the bare minimum when living with pets. Everyone was furious at this matter, but Audrey refused to comment on this.

A lot of LPBW fans are always keeping up with Audrey and Jeremy Roloff through their social media updates. As the holiday season commenced, the couple got a huge tree to set up in their house. They also made a huge show of the same by posing an Instagram Reel about it. However, viewers began to notice something concerning as Audrey continued to post pictures and videos of her humungous tree. Many took to Reddit to discuss this. That’s when the audience began to say that the Christmas tree at the couple’s house looked tilted. So, they started getting worried about it. Many of them said that Audrey and Jeremy live in a house with three kids and the little ones are at risk!

A Redditor mentioned that the tree could fall over anytime. If that happens, it can cause a huge accident in the house. A lot of them also mentioned that the giant star at the top of the tree also looked quite tilted. They said so in reference to a picture on Audrey’s Instagram post. Lots of the viewers agreed that the tree and the star don’t look straight. They began to shame the couple for not being careful enough. Others didn’t understand their need to put up a tree that was so huge that it was almost touching the ceiling of their lavish $1.5 million household in Hillsboro, Oregon. As usual, the ex-TV stars refused to comment on this matter or address it on social media. Keep checking for more updates regarding LPBW by staying tuned to TV Season & Spoilers