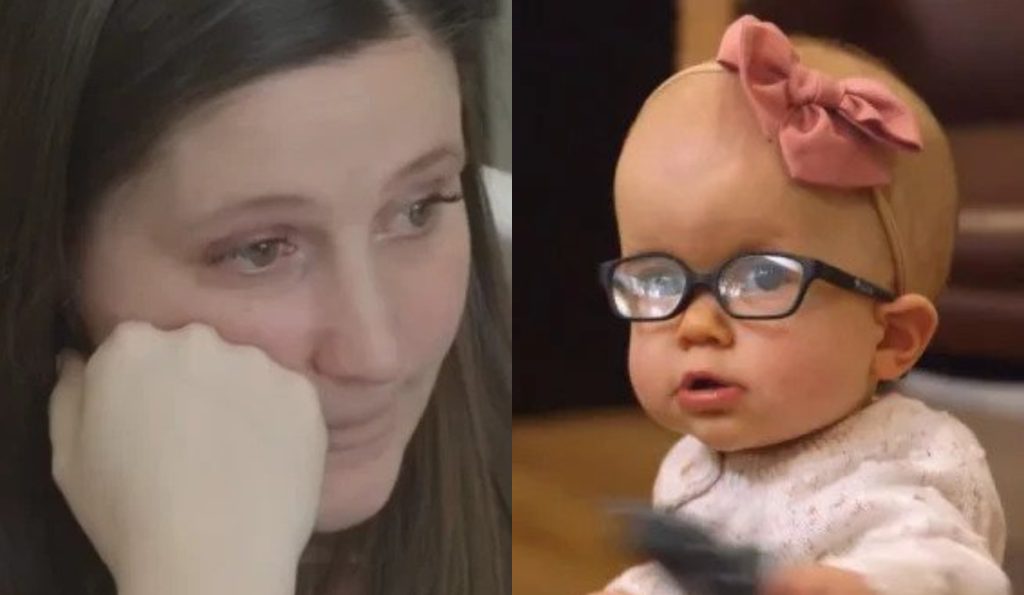 Lilah Roloff, the daughter of Zach and Tori Roloff from Little People Big World, was born with the same medical issues as most of her family. The Roloffs that have dwarfism include Matt, Amy, and their son, Zach, alongside all of Zach’s children. However, while Matt has a different kind of dwarfism (Diastophic Dysplasia), the rest of them have Achondroplasia. Sadly, as a result of being a little person, Lilah also has hearing and speaking issues. The toddler has been trying to overcome speech impediments from her early childhood. In the recent episode of LPBW, Tori is seen updating Zach regarding their daughter’s potential hearing loss and speech problems.

In a preview for the latest episode, Zach, Tori, and their children went out for dinner. Sitting at a dining table, Tori said Lilah just saw a specialist after failing a hearing test during her yearly checkup. In a confessional video, she says that a few weeks ago, at Lilah’s annual checkup, doctors did her hearing test, which she failed. As per TheSun, the young mom explains that doctors were worried that the baby girl had water behind her ears. And therefore, she couldn’t hear anything, which could be the reason for her speech delay. She then said she took Lilah to a hearing specialist for more tests.

Further to the video Zach and Tori’s eldest son Jackson asks Lilah if she can hear him, to which she replies by saying, “yes”. Tori then informed Zach that their daughter has perfect hearing but is slow in talking. And the reason that she failed the hearing test is because she has an irregularly shaped eardrum, but there is no water behind her ears. The reason why Lilah is behind is that she had two ear infections back to back. However, fortunately, Lilah is doing better now. The LPBW couple is now relieved as Lilah doesn’t need any surgery now. Tori also told Zach that the doctors have suggested putting Lilah in speech therapy. But they thinks they can initially help her at home before sending her to the specialist.

LPBW: Fans Accused Daddy Zach Of Been Cruel To Lilah

Zach and his wife Tori recently put up a camping experience for their children in a recent episode of LPBW. It had a tent and campfire. The couple also prepared dinner at the location. However, only Zach and his oldest son Jackson planned to spend the night outside. At the same time, Zach and Tori were engaged in a conversation about the harsh reality that their children have to deal with being little people. Sitting next to Zach in a little camping chair, Lilah leaned over and fell. However, without even offering her a hand, her dad flipped her chair up violently out of frustration. Lilah got back to her feet while sobbing and pointed to a wound. Zach, who still appears irritated, insisted that she was fine and asked her to quit acting that way. Their camping adventure ended when Tori took Lilah and baby Josiah inside.

It is not only Zach Roloff who has been accused of being unkind to Lilah. Shockingly, fans have also slammed Tori Roloff for her parenting. The young mom once shared a short video of Lilah sitting in a car seat. Well, Lilah’s car seat is seen in the video facing forward. But the National Highway Traffic Safety Administration, the American Academy of Pediatrics, and the Centers for Disease Control and Prevention all recommend to use the car seats rear-facing. In case of an accident or crash, officials advise that a kid should stay facing their back for as long as possible since it provides the most protection. Fans also expressed worry when Lilah was seen in a dangerous setting

, such as on a tall kitchen counter. Stay tuned to TV Season & Spoilers for all latest LPBW updates.