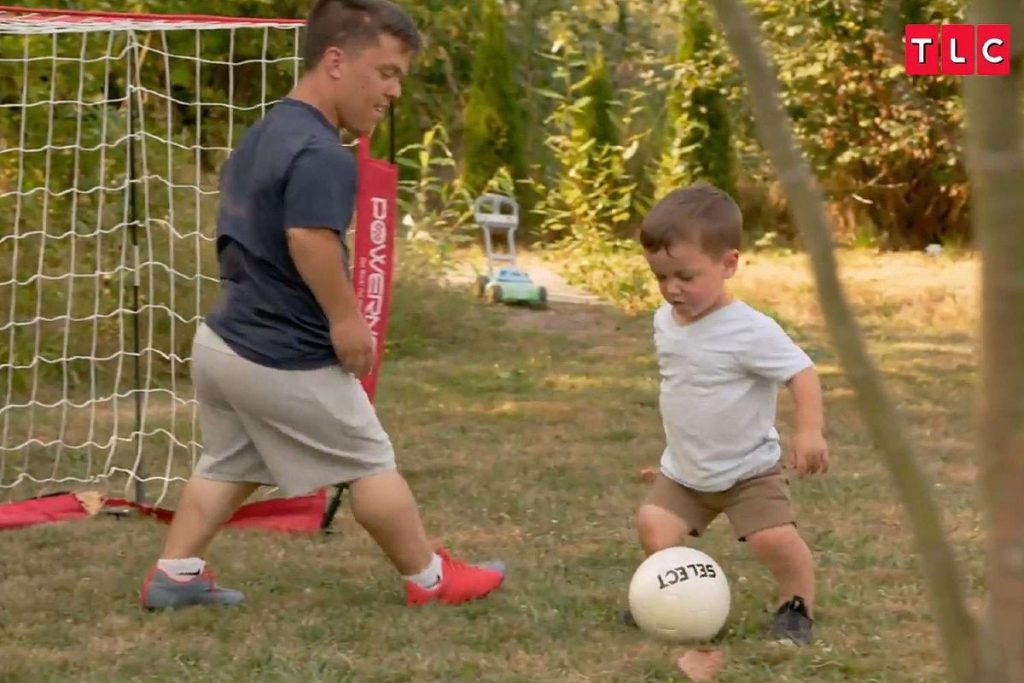 The reality show Little People Big World has the heart of its viewers. Apparently, it centers on a family that has dwarfism. Initially, Matt and Amy were the leads of the show. Fans know that Achondroplasia is the kind of dwarfism that the maximum of the Roloffs has, except Matt. It is basically a genetic condition affecting the protein and growth of the bones. Though Zach and Jeremy are twins, only Zach inherited it. Apparently, the former has also passed the legacy to his three kids. But as the toddlers are growing, the patriarch is stressed about how they will accept the reality of their life. To know more, keep on reading.

The LPBW star couple Zach and Tori shares a beautiful family of three kids, Jackson, Lilah, and Josiah. The entire family, except Tori, is affected by the kind of dwarfism that Amy has. As Jackson is now five years old, so his father is a bit worried about how his kid will deal with his reality. Apparently, the father-son duo has a lot more in common other than dwarfism. Both of them share similarities, including a love for soccer and farming. However, Zach knows how sad and painful it is to accept being different from everyone. Jackson has started to understand some things now. However, it seems he hasn’t put it all together yet.

In a recent episode, the concerned father shares with Tori that he fears Jackson might break down after learning that he has dwarfism. Apparently, the 5-year-old has a lot of confidence, but the transition of realizing that you have the condition often breaks it down to the core. However, whether you have dwarfism or not, Zach knows that he would parent his child in a way that not everyone gets the trophy. There are things that you need to earn it. Whatsoever, the LPBW

star knows that all his children have to go through the same pain he went in his childhood.

The Little People Big World star kids Jeremy and Zach have had issues that date back to their childhood. Zach confessed recently that he has a lot of past memories of Jeremy in which his brother demoralized him. Though they are twins, Zach always felt like a little brother to Jeremy. The celeb added that there was a time when his friends, accompanied by his brother, used to run away from him. Apparently, it was common for him to come home and complain to his mother that today as well, everyone ran away.

Though his mother scolded Jeremy for leaving his brother behind, Zach’s fears seem deep-rooted. The LPBW patriarch knows that such instances are coming for his children as they grow up. However, fans feel that with Jackson’s confidence and determination as a five-year-old, he will definitely overcome these barriers. Apparently, he has a dad who can relate to his situation and stands straight as hardcore support to the star kid. Keep coming back to TV Season & Spoilers