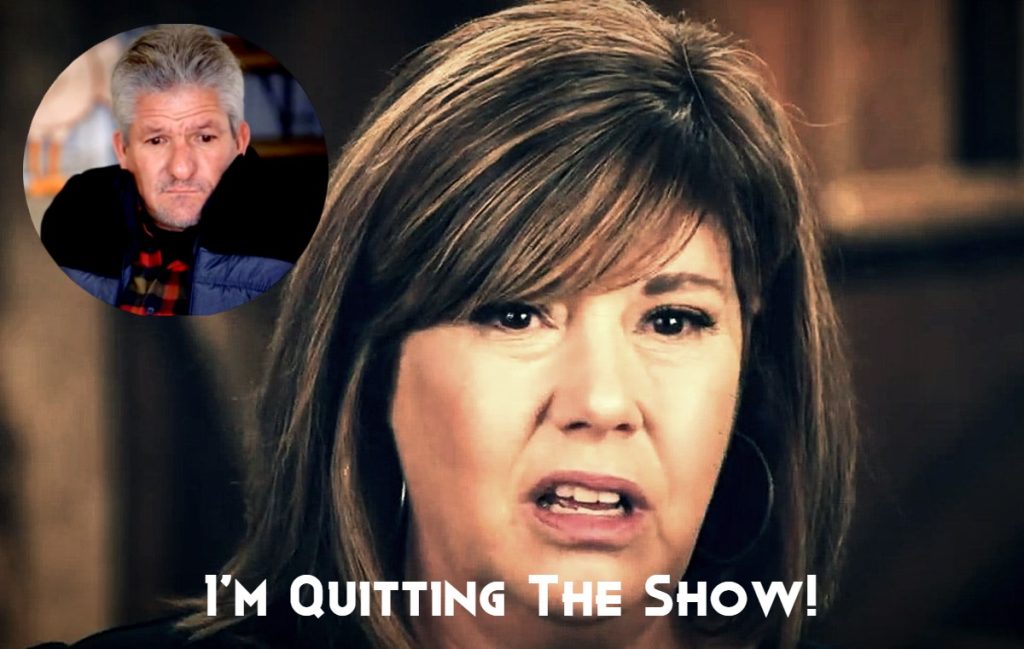 Caryn Chandler first made her big screen debut as Roloff Farm’s manager on Little People Big World. At last, she and Matt Roloff started dating after his divorce from Amy Roloff. Since then, not many LPBW fans admire her. They accuse her constantly of causing a rift between the rest of the Roloffs. Well, some sources have allegedly confirmed that she will no more become a part of the show. Keep reading further to know all about this in detail.

LPBW: Caryn Is Quitting The Show After Causing A Rift Between Zach and Matt Roloff? Breaks Down

Caryn Chandler has never been any of the Little People Big World fans’ favorites. That’s because no one has accepted her since her relationship with Matt Roloff began. There have been rumors circulating for a long time that Matt Roloff cheated on his wife, Amy, with Caryn. Hence, this pushed the matriarch to get a divorce from her husband. In the latest LPBW season, the famous girlfriend became part of the farm negotiation with Matt, Zach, and Tori. Hence, the latter couple found her involvement odd as she is not family. Many also believe that she manipulated Matt into not selling a portion of the farm to Zach.

It looks like Caryn is tired of the hate and negativity. Apparently, a source revealed to TheSun that she would not appear in the show anymore. Hence, LPBW Season 24 is probably the last set of episodes featuring Chandler. While Matt wants to do another season, his partner is done and wants to quit Little People. She even shed tears in the latest episode of the series. Apparently, it has been hard for her to see the kids as often. While saying so, Caryn was referring to Zach and Tori’s kids, Jackson and Lilah. She wishes for things to be normal with their parents. Well, a lot of fans had been pushing TLC to fire Matt’s girlfriend from the show, so it seems like their wish was suddenly fulfilled. However, this still comes as a shock to many.

Matt had soured his relationship with Zach and Jeremy after he denied them buying the farm. Both of them moved on to better things in their life. However, they don’t interact with their father much. In the trailer for Little People Big World Season 24, Matt expressed something about a “big plan B”. Caryn appeared quite uncomfortable when he said this. He stated that he “got the message”. LPBW fans feel that he was referring to his kids through this sentence. That’s because Matt wants to make amends with his sons

after the property dispute.

At last, Matt also made a public announcement through his Instagram that the big house will soon turn into a vacation rental home

and be exposed to the fans to live in. He also expressed his wish that his family would reunite in the same place, as they will hopefully bridge the gap in the near future. Since the farm is staying in the family, many feel the patriarch understands his mistake and is working on making amends. Keep coming back to TV Season & Spoilers for all the latest LPBW details.