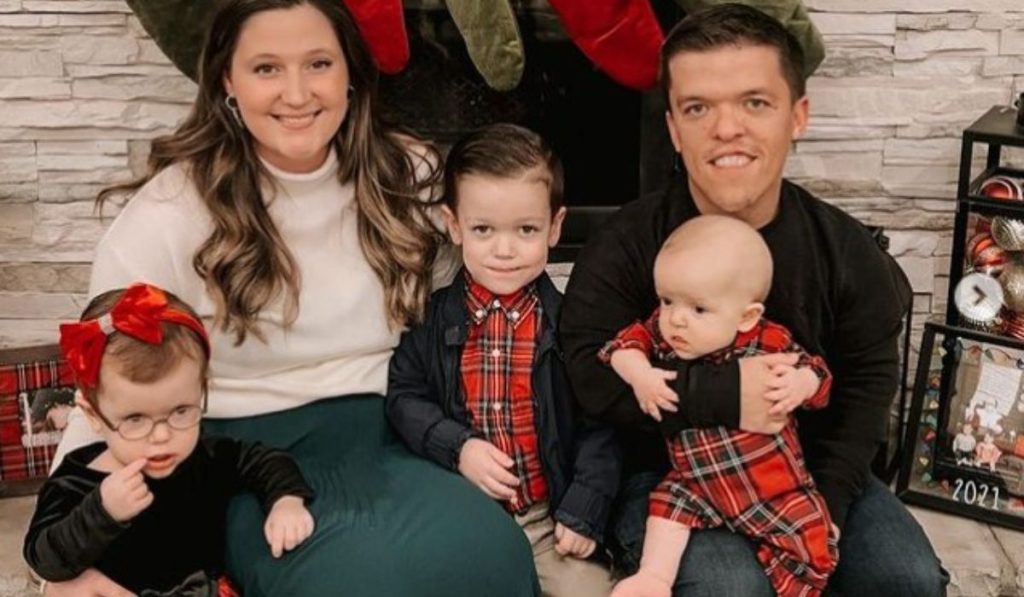 Fans of LPBW are aware that Zach and Tori’s sweet children are the focus of the show these days. Little People Big World apparently used to be full of conflicts and feuds. But at that point, the new generation neutralized the show and kept it together. Zach and Tori have three lovely children, including their eldest son Jackson and daughter Lilah. Then, earlier this year, the pair welcomed their third child, giving the young girl the role of big sister. Fans reportedly find it hard to believe the youngsters are blossoming at such a fast pace. In fact, Jackson recently hit a milestone leaving everyone proud. Keep reading for more details.

Tori Roloff celebrates yet another amusing milestone with her three kids and husband, Zach. Little Jackson had his first Christmas concert this year. The Little People Big World mom Tori shared a family photo from the event. In the picture, daughter Lilah is wearing a dress with a black top and a red-and-black checkered skirt. She accessorized her outfit with a red bow in her hair. On the other hand, Jackson looked smart with his hair gelled while wearing a red and black checkered button-down shirt and khakis with a black jacket on it. Tori was sitting next to Lilah, wearing a cream sweatshirt and a green maxi skirt. At the same time, Zach was seen holding baby Josiah on his lap, wearing a black t-shirt and matching denim jeans. Tori captioned the picture, saying she is very proud of Jackson and that it was his first Christmas concert.

Along with pictures of Jackson with his siblings, Tori and Zach also individually posed for a single picture with Jackson. Adding to it, she also wrote that Jackson didn’t sing any of the songs, but he performed the hand gestures perfectly. The gentleman-looking Jackson nailed his performance with just his hand gestures. You can watch his little dance in the attached video. Tori also mentioned Amy and her now husband, Chris, in the caption. Moreover, she thanked the pair for cheering up their grandson Jackson. She wrapped it by adding the hashtag #zandtplusthree. However, last week Tori posted another family photo. In the picture, the LPBW family was sitting in front of the Christmas tree while donning matching holiday pajamas. Everyone in the picture, including Josiah, the baby, who was holding hands with his older sister Lilah, was staring into the camera.

Since starting a family in 2017, Tori Roloff and Zach Roloff have had joy with their children, Lilah, Jackson, and Josiah. The Little People Big World stars got married in July 2015 and revealed they were expecting their first child the following year. In May 2017, Jackson came. However, the LPBW celebrities confirmed they were expecting a second child two years later. Whereas in 2019, when Lilah was born, Tori said that she was the perfect addition to their family. Sadly, the couple also experienced a miscarriage. Following a miscarriage, Zach and Tori had their rainbow baby, Josiah, in April 2022.

, a common condition of dwarfism. Just like Zach, his kids, Jackson, Lilah, and Josiah, have the same disorder. Apart from their unfortunate condition, all of the kids are very adorable. However, mom Tori and dad Zach never fail to update fans with their sweet moments. In turn, LPBW fans also shower lots of love on the family. Fans love to watch the adorable memories of the kids. Whether it’s Jackson’s first day of kindergarten or Josiah’s every monthly anniversary, Tori always shares glimpses with her followers. However, wearing matching outfits and posing for the camera has become the family’s new tradition. If you also love to watch their cute family moments tell us in the comment section. Stay tuned to TV Season & Spoilers for all latest updates.