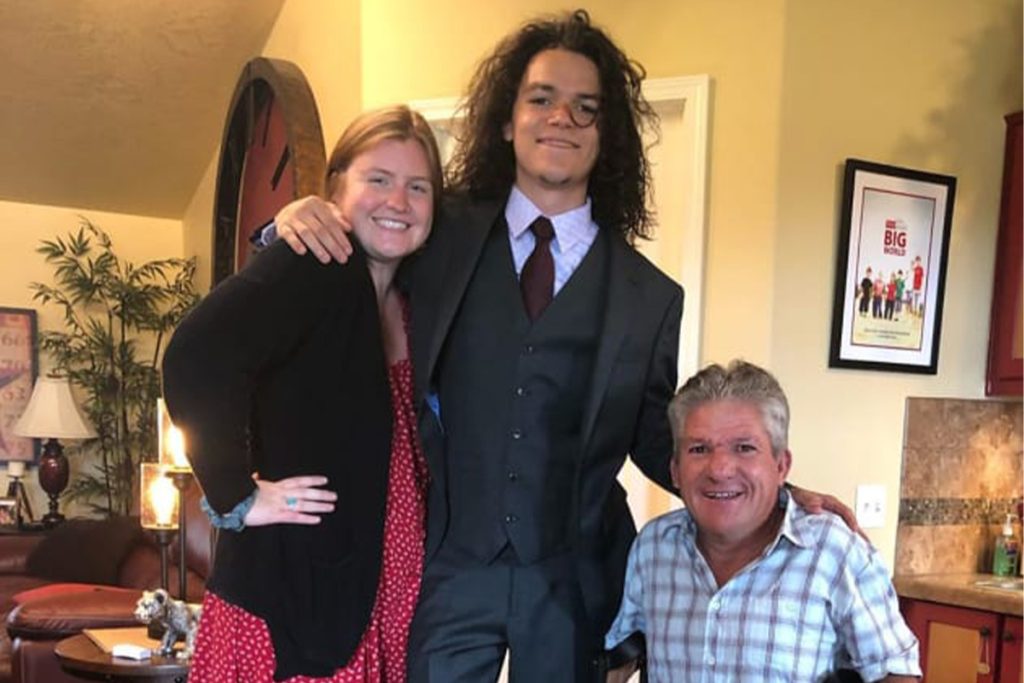 LPBW: Jacob & Isabel Are Living In An RV Placed On The Roloff Farm!

Isabel and Jacob did not star in Little People Big World together. The youngest Roloff sibling had already left the show before his wife could be introduced on an episode. Yet, LPBW fans know a lot about their lives. That’s because the couple often shares major and minor highlights about the same on their Instagram. Back when Matt didn’t agree with his sons Jeremy and Zach in terms of them getting a portion of Roloff Farms, viewers were positive that their younger brother would be the heir, eventually. Well, massive revelations state that Jacob, his wife Izzy, and their baby boy have finally moved into the farm! Keep reading to know more details.

LPBW: Jacob & Isabel Are Living On Roloff Farms In An RV! Will They Buy The Property?

Jacob and Isabel Roloff have shared a fair share of their lives on social media. The former had introduced his partner on social media when things got serious between the two. Years later, they are a happy family of three with their baby boy Mateo. Yet, the couple has refrained from coming on Little People Big World. Hence, social media remains the only source to know about their life. Initially, Isabel made a lot of posts about “moving out”. At last, she refrained from talking about it due to privacy issues and backlash from the audience. As per TheSun, Jacob and Isabel have moved onto Roloff Farms!

However, they haven’t inherited the big house. It turns out that Jacob and Isabel purchased an RV and have been living in it. As the pumpkin season is going on, the couple has moved into the family property to help out. Moreover, they wish to “save up” by embracing the trailer life. Initially, they were living in a rental house near the farm. It is still not clear if this situation is permanent or temporary. The source said Jacob and Izzy get along well with Matt and Caryn

, and they have been having a great time meeting and greeting fans during the pumpkin patch celebration.

LPBW: Matt Roloff Turning His Big House Into An Airbnb! Not Listed On Sale Anymore!

Interesting things are happening related to the Roloff Farms. The last Little People Big World season had come to an end after Matt put the farm on sale. His kids, Jeremy and Zach, failed to buy it, and their father resorted to taking such a step. LPBW fans were upset that the property would no longer stay in the family. However, a Redditor who visited the farm for the pumpkin patch made an interesting reveal. It turns out that the Little People Big World patriarch is turning his Big House into an Airbnb. That way, the property will continue to stay in the family, and Matt will be able to make a profit out of it.

The LPBW patriarch had been teasing a “big announcement” on Instagram. Matt also mentioned a “plan B” in the show’s latest trailer. So, chances are the celebrity will officially announce his new Airbnb venture soon. The website regarding the same where fans can register has also gone live. With all this happening, the audience also remains curious about how the rest of the family will react to Matt’s big goals. Well, only time will tell how things shape up in the future. Until then, keep coming back to TV Season & Spoilers