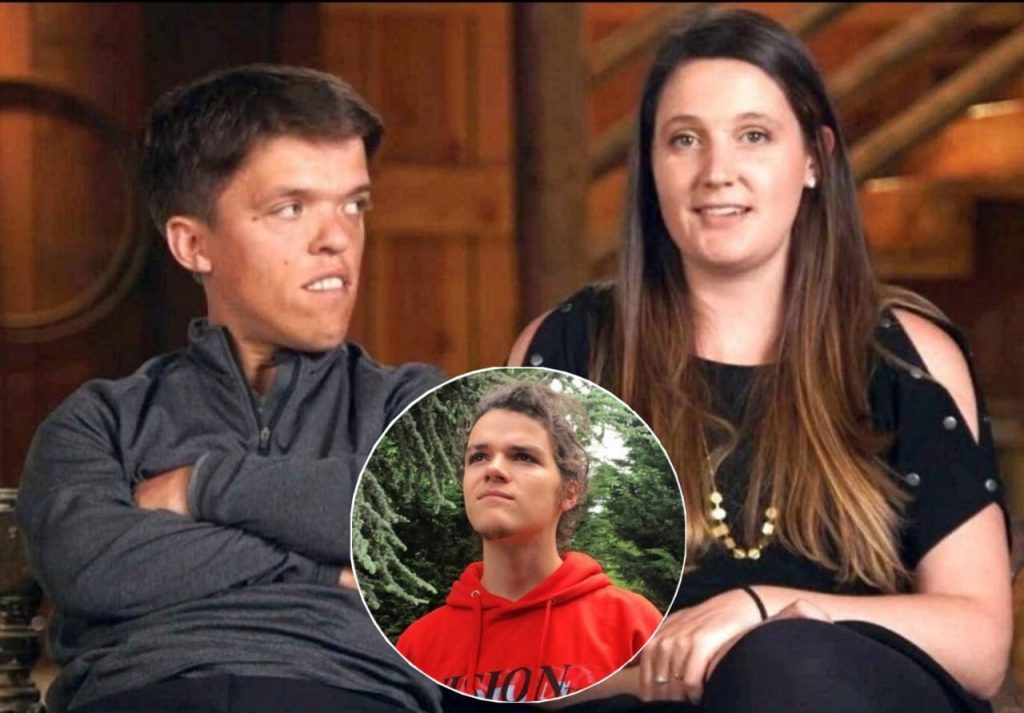 Although there is lots of love and support among the Little People Big World family, there are still differences among them. Apparently, they don’t see eye to eye comes to their political stance. Looks like another similar instance took place between Jacob Roloff and the couple Zach and Tori Roloff. This time, the LPBW family members have locked horns regarding COVID rules and the usage of masks. So, what happened between them? Keep reading to know the full story!

Things took a very intense turn over Zac Roloff’s new Instagram story. Apparently, the reality star shared a COVID-related article. Well, it talked about how there were much stricter rules for young kids to wear masks whereas adults could walk free. Hence, it took no time for certain people from the fandom to school the star. Moreover, they told him that every individual, be it young or adult, should wear masks to stop the spread of the virus. Later on, Zach’s wife Tori Roloff also made a post supporting him. But, alas, TV Season & Spoilers reports that it made matters worse.

As per her Instagram post, she wanted people to give “grace” to the ones who don’t plan on wearing masks. Moreover, the reality star believes the people with no masks don’t judge those who wear them. Hence, the favor should be returned. That’s not all. A certain side of the fanbase really lost their cool when the couple was claiming to be “pro-choice” instead of “anti-mask”. Meanwhile, there were other fans who didn’t find anything wrong with the post. Therefore, these new posts by Zach & Tori created a divide among the LPBW fandom.

However, Jacob Roloff was the only Roloff family member to react to this incident. As a result, he voiced his opinion by sharing a COVID-related death statistic. Then, he went on to urge people to get the vaccine and “wear masks”. Eventually the 25-year-old began claiming that people become “socially disrespectful” and uncaring” when they don’t do so. He then concluded by saying “individual choices” can affect the “social whole”. Moreover, it will only cause the pandemic to go on for an indefinite time if people don’t do the needful.

LPBW: Is There A Feud Going On Between Zach & Jacob?

Ever since Jacob Roloff left LPBW, he and his wife Isabel have maintained a low profile. Despite this, many viewers believe he doesn’t get along with most of the Roloffs. In fact, this includes his brother, Zach Roloff. Moreover, fans believe this is could again be because of different political ideologies, as the abovementioned incident depicted. Apart from this, the younger brother is mostly absent from small family gatherings amongst his other siblings. Furthermore, fans also took notice of the fact that the Roloff brothers don’t appear on each other’s social media anymore.

Morover, another theory that goes around this alleged feud is the inheritance of Roloff Farm. Apparently, all the brothers have shown interest in getting a share of the family farm owned by their father, Matt Roloff. However, since the youngest son is working on the property now, the audience believes he will inherit the iconic land. It turns out Zach’s wife Tori had talked of the “desire” for being on the family farm

still exists. However, things didn’t go “as planned,” and they moved to Washington. Therefore, lots of people assume the older brother might be jealous of the younger one. However, no one has spoken of this openly. Hence, these are all speculations. Keep reading more such LPBW updates on TV Season & Spoilers.