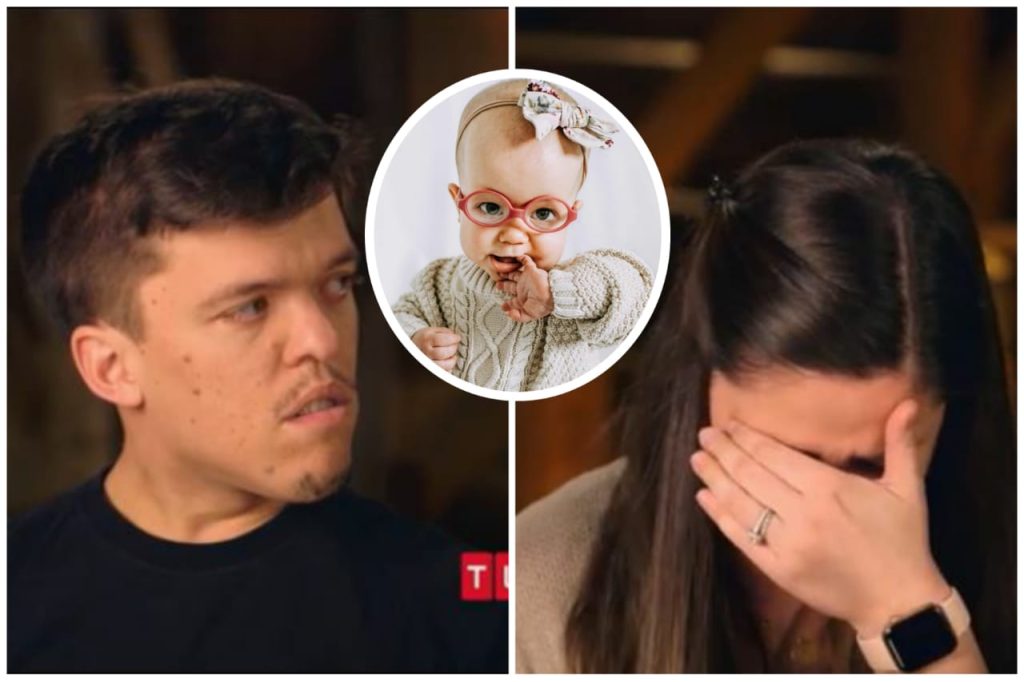 LPBW: Lilah Has Strabismus, Needs Surgery! Tori Reveals Her Eyesight Is Getting “Worse”

Day by day, it’s getting tougher for LPBW stars Zach and Tori Roloff to take care of their kids. Both their little ones, four-year-old Jackson and one-year-old Lilah have some health issues. Well, these are mainly because of the achondroplasia dwarfism they inherited from their dad and grandma. While Jackson’s legs were bowing and needed surgery, Lilah was getting cross-eyed and had issues with her visions. Their parents revealed that Lilah has Strabismus and might even need surgery in the future. We might to know more about that in the upcoming episode of Little People Big World Season 22. Until then, here are all details we currently have.

Both of Zach and Tori’s kids have now become fan-favorites on the show, and people are constantly wishing them good. Lilah’s vision issues were already shared in some of the previous episodes. However, her parents are finally revealing some more details about it. In UsWeekly’s exclusive sneak peek of the upcoming episode, Tori reveals that Lilah has Strabismus, due to which the one-year-old wears glasses to help realign her eyes. For those who don’t know, Strabismus is an abnormal alignment of the eyes, also called the condition of having a squint.

Hence, alongside her heavy glasses, Lilah now has to wear an eye patch for an hour every day. This is to “hopefully” correct the inward turning of the one-year-old celebrity’s right eye. Well, Tori assured fans that this isn’t a super serious situation, but by the tension in her eyes, fans are guessing she’s terribly worried for her sweet girl. As of the timeline of the episode, the doctors are monitoring Lilah. Her parents take her for a check-up every three months because the doctors don’t want her depth perception to be messed up since one of her eyes is turned inwards.

Fan-favorite LPBW star Lilah Roloff is getting more cross-eyed with every passing day. Even though the glasses and eye patches are helping the issue, there are chances that she might soon need surgery to fix her eyesight. While her mom knows that Lilah may need surgery, Tori hopes it to be “quick” and the type in which they’ll be home the same day. However, she later adds, “Who knows? We’ll see what happens”. This is because the Little People Big World mom thinks Lilah’s eyesight has gotten “worse” over time.

Hence, Tori thinks her daughter is going to need surgery. She revealed that she notices Lilah go cross-eyes mainly when she is tired or is working really hard to focus on something long distance. Moreover, the little one’s dad Zach Roloff talks about how he notices her condition when she looks at him from a distance. However, the cross-eye issue doesn’t seem bad when she’s sitting up close. All in all, the parents are aware that Lilah might need surgery soon. Even though they are worried for her, they also want their daughter to be fine. We hope that everything goes well for the one-year-old LPBW celebrity.

Do you like watching Jackson and Lilah on Little People Big World? Share some best wishes for the kids in the comments below. Keep connected to TV Season Spoilers for more news updates on the LPBW world.