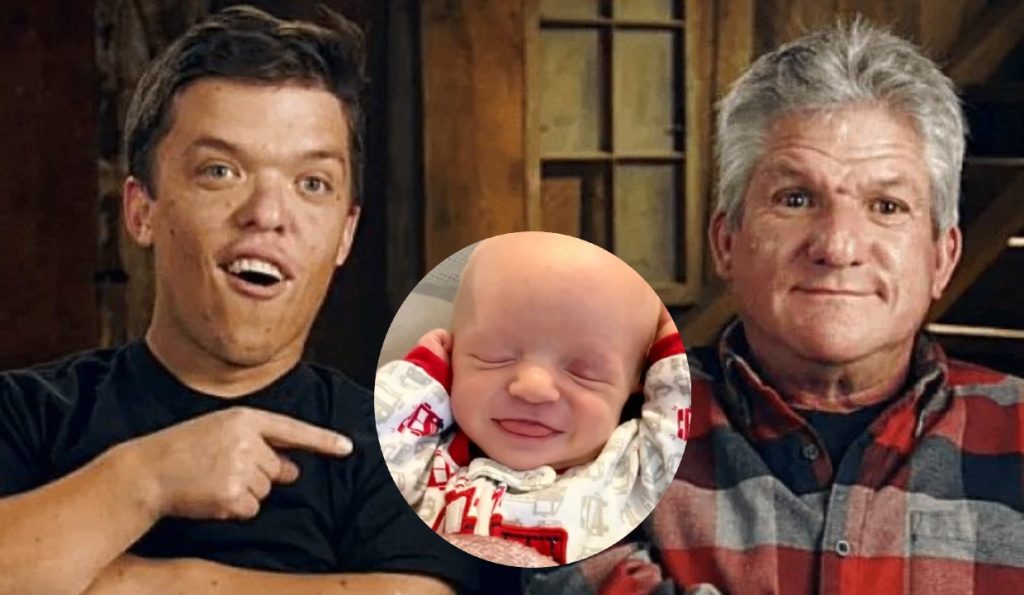 Long-time Little People Big World fans must know that Matt Roloff and Zach Roloff had a massive falling out. Things have been beyond repair since then. It was when both of them couldn’t see eye to eye over Roloff Farm’s sale. While Zach wanted to buy a part of it and live there, his father said he wasn’t the “right fit” for it. But a new post on the LPBW star’s wife, Tori Roloff’s Instagram, has proved that they are bridging the gap in their relationship. Are both these families going to spend their Christmas together? Keep reading to know more details about this possibility!

The entire world is gearing up to celebrate Christmas. Things have been different for LPBW stars Zach and Tori since their falling out with Matt Roloff. They also moved to Washington from Oregon after their feud. Hence, they have been maintaining their distance since the farm incident. Last year, Tori Roloff was pregnant with her third baby, and Jackson underwent leg surgery. Hence, they were away from the family celebrations. However, this year, the family is excited as ever to be celebrating Christmas in full throttle. Hence, Tori took to her Instagram to put up pictures of her adorable babies in holiday gear and around their Christmas tree. Her newborn, Josiah, also posed with Santa Claus in one of the pics.

Well, speculation began among LPBW fans after seeing this picture. They began believing that baby Josiah was probably sitting with his grandpa Matt for the photo. It turns out that the person in the photo, dressed as Santa Claus, had an uncanny resemblance to the famous star. Hence, everyone began speculating in the comments section that it must be the kids’ grandpa. However, it is least likely. That’s because Matt didn’t post such pictures on his social media. Neither did he ever hint at his relationship with Zach is back to being normal. Hence, there is no confirmation whether both the father and son are on good terms again. Well, only time will tell how things shape up between the two.

As TLC is currently airing the new Little People Big World season, things are more bitter than ever between Zach and Matt. However, the farm feud happened over a year ago. The latest episodes were in production a few months ago. Hence, a lot of time has passed since the incident. Hence, LPBW fans remain more curious than ever to know about their bond. Apparently, Zach and Matt had an interview to talk about the same. The host asked if they had had a good bond since the fight. While the patriarch mentioned that he has been talking to Zach every single day, they also planned his late father, Ron Roloff’s memorial service together. Hence, Matt said that there is scope for things to smoothen out in the future.

However, Zach Roloff had a very different perspective than his father. The star didn’t reveal much about his feelings or the fight. He stated that whatever happened between the father-son duo was “unfortunate.” Hence, the famous son’s short and concise response is making everyone feel as if he is still upset at his father and the farm deal not going through. While he didn’t express his anger publicly, all the signs point in that direction. Many fans remain upset that the family members are getting distanced from one another with no hope for reconciliation. They have been looking forward to the hints about Zach and Matt making up for a long time now. However, that hasn’t happened as of now. Keep coming back to TV Season & Spoilers