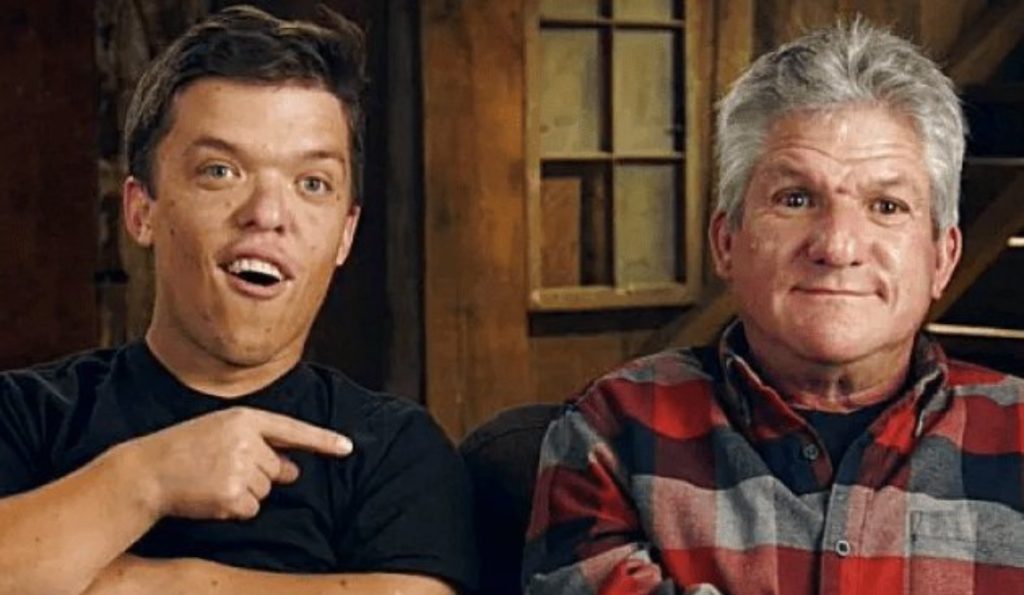 LPBW Star Suggests The Feud Between Matt & Zach Is Finally Over?

Zach and Tori Roloff are not living at the Roloff farm anymore. In Season 23 of LPBW, the viewers saw how they were separated from Matt and his girlfriend, Caryn Chandler. This happened after the Roloff patriarch placed the property up for sale. A lot has changed since then. The young couple now resides in Washington with their three kids. However, the recent Season 24 features the conflict between the father and son duo. Zach and Matt Roloff got into a fight because they couldn’t agree on how to run Roloff Farms. Now, Matt has planned to put the Roloff property on short-term rentals. But Zach doesn’t seem to be on board with this either. And they remain at odds. However, Matt seemingly hinted that the tension between them finally ends. Did they really patch up? Keep reading to find out.

The LPBW viewers are well aware that the Roloff Farms dispute has harmed Matt and Zach Roloff’s relationship. In the 24th season of LPBW, the father and son couldn’t agree on the price for Zach to purchase Roloff Farms. Zach wished he could afford to buy Amy Roloff’s farm share, but he couldn’t. As a result, Zach and his wife, Tori Roloff, were left without any property. Then, with their three children, Zach and Tori relocated from Oregon to Washington. So do Matt and Zach Roloff still have beef? Well, after Season 24, it’s difficult to determine where the father and son duo stand. At the end of the season, Matt and Zach were still not on good terms. The latter also expressed his disapproval of the former’s new proposal to lease Roloff Farms to outsiders.

Amy Roloff believes her family must go ahead regardless of how they feel. After LPBW Season 24, Zach Roloff hasn’t said he’s entirely gotten over the Roloff farms issue. Matt Roloff, though, may have provided a hint that the turmoil is actually ended. As per ET, he discussed the Roloff Farms leasing strategy. Additionally, he stated in the interview that Zach and Tori Roloff are no longer interested in his plans. He believes the kids have reached the point of moving, having their own projects, and having their own place, especially Zach and Tori. Matt even said that he doesn’t think his kids are really concerned about what’s going on back here with the property. The LPBW patriarch also said he hoped his renting decision would enable him to spend more time at Roloff Farms with his children and their families.

There have been many tensions between the family members over the future of Roloff Farms. The LPBW fans, however, never gave up hope that everyone will put the conflict behind them and reconcile in the future. This possibility occurred during Matt’s father, Ron’s funeral. That is because everyone from the Roloff family was present in Arizona to pay their respects. A few months ago, Matt had made a statement on the demise of his father, Ron Roloff. As a result, he planned a memorial ceremony for it in Arizona. However, all the Roloff family members were present at the funeral. Although it was a sad time for them, Little People Big World fans seem to enjoy the family coming together.

Although a few Roloff family members are still not on good terms with each other. But, such family occasions seem to impress the viewers. Whether it’s a birthday party, thanksgiving, or Christmas holiday, the Roloff family comes together, keeping their gurges aside. Although Audrey and Tori’s relationship is not as good as it was in the earlier days, they still celebrated Christmas together, and the kids had a lot of fun playing with each other. Fans believe that sooner or later, things will get along, and the Roloff family will once again come together or real and not just for the camera. For all the latest LPBW updates, keep coming back to TV Season & Spoilers