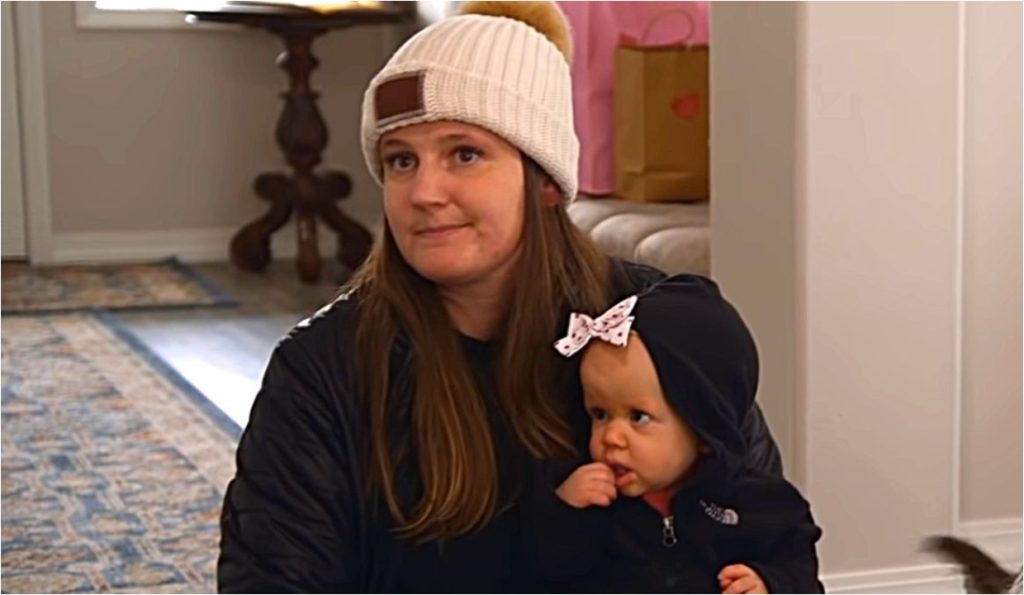 If you are also an LPBW fan and follow Tori and Zach Roloff on social media, you may have seen their little daughter Lilah wearing glasses. She had had them for a long time. Of course, keeping a two-year-old on spectacles can’t be simple. However, Lilah needed glasses to help with the Strabismus she had. She even appears to be wearing a patch to support the situation further. Due to how well her eyes were doing with the glasses and patches, Zach and Tori decided to put off the surgery planned for her earlier. It’s been a while since Little People Big World fans heard anything about the little girl’s eyes. So, Tori decided to allow fans to get the latest update.

On Tuesday, December 27, Tori posted a Q&A session on her Instagram story. Numerous questions popped up, and she took a while to answer them all. Fans asked questions about Josiah getting enough sleep, Lilah’s speech, and whether they thought of quitting the show soon. However, Tori answered the question pretty well. Also, Lilah’s eye issues were still worrisome for the fans. Hence they were eager to ask questions about Lilah’s eye surgery. Fans wanted to know whether or not the sweet girl would have her eye surgery, as Tori and Zach decided to cancel it earlier.

One LPBW fan asked whether Lilah would need eye surgery. To which Tori responds by saying, “yes, most likely this year”. Additionally, she said they are holding out a bit longer, hoping she’ll require only one surgery. However, even though the operation is minor, doing it just once is preferable. So it appears like Lilah will have surgery at some point in the future. However, Tori did not give any detailed information about when exactly will the surgery take place. But thanks to social media, Little People Big World fans will be updated on everything that is happening with the Roloff family.

LPBW: What Kind Of Eye Surgery Would Lilah Need?

Later, in the Q&A session, one fan also asked what kind of eye surgery Lilah would need. Hence Tori explained by telling that Lilah has a disorder called Strabismus. Basically, she is a crossed-eye and is pretty common. She told that its an outpatient surgery. However, she also revealed that it is hereditary and unrelated to Lilah’s spinal dysplasia. Also, in severe cases of strabismus, it may require multiple surgeries. Lilah’s eye patches and spectacles are nothing to get worked up about. However, fans wish Lilha to have successful eye surgery and will soon be able to see without glasses.

The LPBW couple welcomed little Lilah in November 2019. Lilah Roloff is three years old and has had a significant amount of role in the 22nd season of the show. Since Lilah’s birth, she was diagnosed with Strabismus. However, Tori immediately updated her fans about Lilah’s health issue after learning about it. Back in the day, Tori once called Lilah their “crossed eye beauty queen”. Even though the sweet girl is just three years old, she has already made her parents and fans very nervous. Lilah struggled to reach her milestones and still has to deal with a few health issues. But, she is now improving with the support of her family. With luck, Lilah will ease Zach and Tori’s concerns. Stay tuned to TV Season & Spoilers