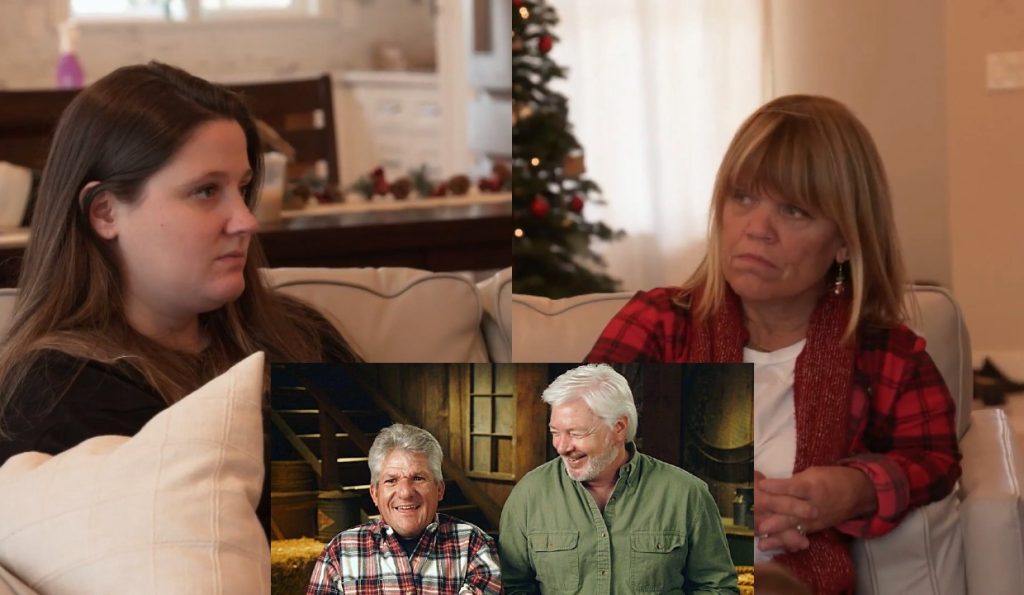 A lot has changed since Matt Roloff put his farm on sale. Earlier, his sons Zach and Jeremy wanted to buy a part of it and live on the family property. However, the Little People Big World star didn’t let it happen. He thought his kids weren’t a “good fit” for the place and would bring additional responsibilities for him. Instead, the LPBW patriarch wanted to focus on his retirement. Hence, he put the area on the market. His ex-wife Amy Roloff is also upset with him because of his decision. Despite the chaos, the star’s husband, Chris Marek, has a good relationship with the farm owner. As it worried Tori Roloff, she wanted to make sure her mother-in-law was okay with the said bond. Keep reading to know more details about this.

LPBW: Tori Has A Heart To Heart With Amy Roloff! Doesn’t Like Chris & Matt Roloff’s Bromance?

Tori and Zach Roloff had a huge falling out with Matt Roloff. The LPBW stars had dreamed of living on Roloff Farms. As mentioned above, they couldn’t turn their dream into reality. So, they moved into a new house in Washington. Despite the weird dynamics in the family, some members remain close. Oddly enough, Amy Roloff’s ex and current partner, Matt, and Chris, share a very good bond and have developed a romance. Hence, Tori couldn’t help but ask her mother-in-law in the new episode whether the latter was okay with their friendship. After all, the young mother “worries” for Mimi.

That’s when Amy Roloff explained that she might not be Matt’s wife anymore but needs to be there for her family and four kids. In fact, it gives the matriarch “purpose”. She also got a bit emotional while talking about her family. Nevertheless, she was happy that her daughter-in-law was concerned about the situation. In fact, Amy found it “sweet”. However, she stated that things have “changed” since the farm went up for sale. The castmate also finds Chris and Matt’s bond “odd”. Later, they started to talk about their participation in the pumpkin season event at the farm. Tori had straight-out stated that she and her husband, Zach, didn’t wish to be there. They are unwilling to smooth things over after the feud.

LPBW: Chris Unwilling To Help Matt Roloff During The Pumpkin Season, Wants To Backs Off!

While the LPBW couple, Tori and Zach, had been clear about not participating in Pumpkin Season 2022 at the Roloff Farms, Amy Roloff remained unsure. She did admit that Matt putting a part of the farm on sale soured things. At the same time, Chris Marek also didn’t want to do his bit for the farm tours. Last year, Amy Roloff’s husband replaced Zach Roloff to give tours on the farm. Matt hoped that his dear friend would help out again. But, the cast member felt differently. Well, the patriarch had mentioned that he would cut the tours “in half”. So, Marek mentioned that there was no point in him helping out if there won’t be much work to do.

However, Matt Roloff was adamant that Chris and Amy would help out on the farm during the pumpkin season. As the matriarch’s job is to meet and greet the customers at the entrance, he calls her the “face of the family”. Hence, Matt finds his ex-wife’s role “important” during the event. As mentioned before, Amy was not entirely sure about her partaking in the event. So, Chris revealed that it would be weird for just him to come out and help when his better half was not willing to be fully committed to her duties. Fans will have to wait and watch more episodes to find out if the couple decided to help put Matt during the pumpkin season or not. Keep coming back to TV Season & Spoilers for the latest LPBW updates.