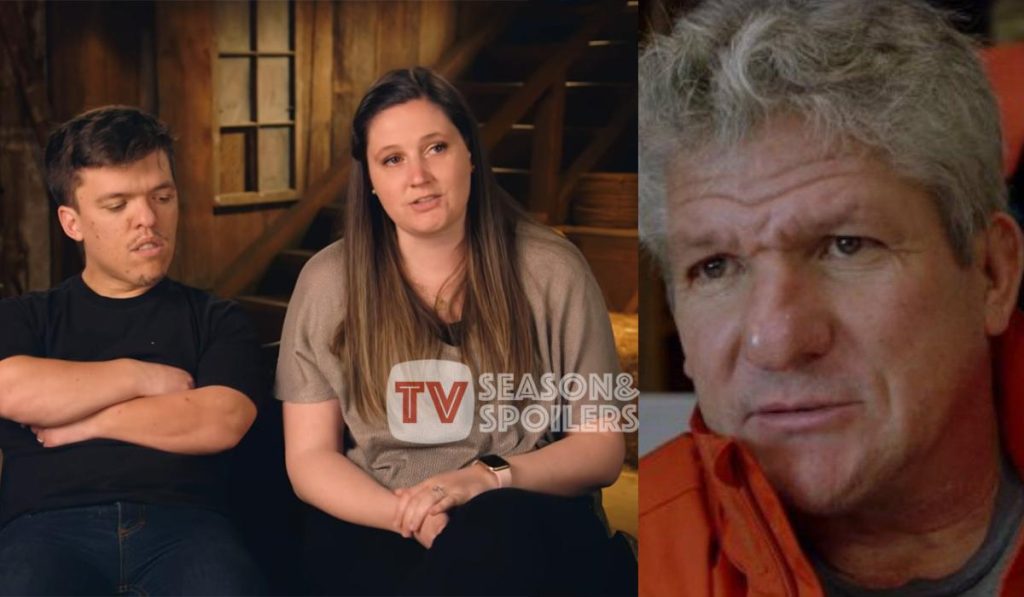 When Little People Big World became a big phenomenon on TV, viewers loved the show for its simplicity and family life. In fact, they couldn’t get enough of the Roloffs and their unity. However, a lot of things have changed since then, and many cast members left. Moreover, some LPBW fans believe a feud is going on in the family over farm property. It seems like Tori and Zach Roloff has hinted at it with their new post. Keep reading to know more.

Ever since LPBW began premiering on TV, the audience had been eager to know about the fate of the prestigious family farm. Well, the 100-acre property is very dear to Matt Roloff, and he wants it in good hands after his retirement. It turns out that Zach and Tori Roloff often talked about moving onto the farm during the recent seasons. Hence, viewers were in shock when the couple made a major announcement. It was about Zach and Tori’s move to Washington last year. That’s when they began speculating that a feud must be going on in the family.

In fact, fans feel Tori Roloff’s new story on Instagram has hinted at this speculation being true. That’s because she put up a video of her husband Zach Roloff from the backyard of their Washington mansion. Apparently, the LPBW star was driving a front-end loader tractor, and she captioned it as “farm life”. As a result, followers think the famous duo was trying to showcase that they live a pretty good life in their new home and aren’t bothered about not getting to live on the family farm.

Moreover, the upcoming season will also have the father-son duo locking heads. That’s because the plot details of Little People Big World Season 23

reveal that there is going to be a heated argument between the family. As a result, fans are linking this to the couple’s abrupt Washington move. However, there is no confirmation about this as neither of the cast members has openly spoken up about a feud. Hence, fans eagerly wait for the new season to premiere in May 2022 to unravel the mystery.

Tori Roloff is one of the most active social media members of LPBW. As a result, she keeps all her followers updated about her life. Moreover, she even interacts with them and is eager to fulfill their queries. Hence, the star conducted a Questions and Answers session for all her followers. That’s when an account asked whether her family’s desire to live on the Roloff Farm went away after their Washington move.

To this, the celebrity expressed herself by saying it definitely “didn’t”. However, she talked of how things don’t always go into place as per “plan,” and the family has made peace with it. Moreover, she called her new house a “slice of heaven” and revealed how the couple and the kids are having a great time in the new state. Well, it was clearly visible that Tori confirmed that neither her husband Zach nor brother-in-law Jeremy would get the farm. More details about their intentions to move will hopefully come out with the new season. Until then, keep checking TV Season & Spoilers for more LPBW based news.