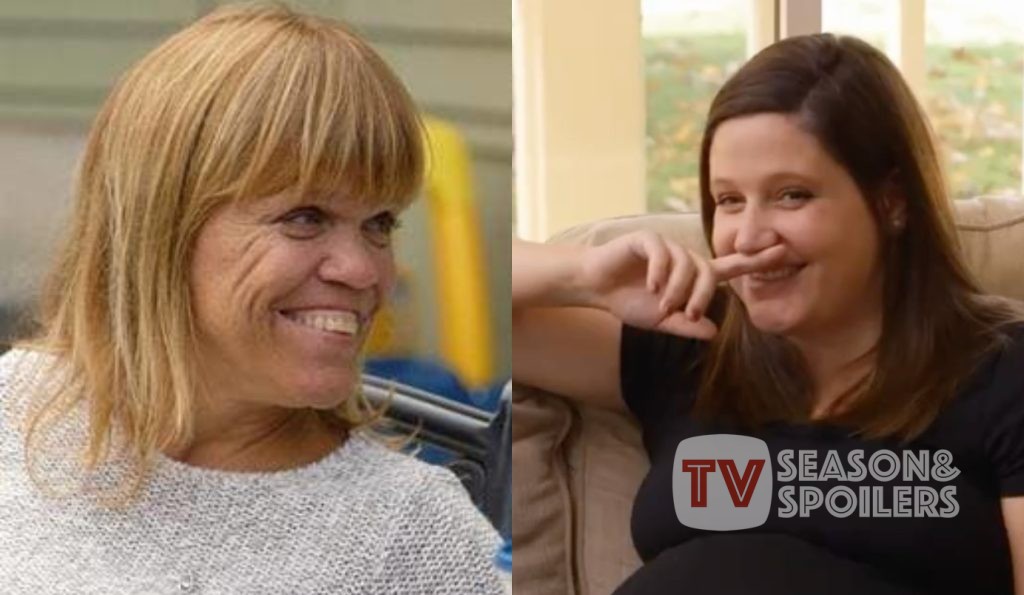 Tori Roloff first joined the Little People Big World cast nearly five years ago. Back then, she was just Zach’s girlfriend. However, after years of dating, they decided it was time to tie the knot, and they did so. Tori has been quite close to her in-laws, and they have loved her dearly. While there are tensions between Zach and Matt lately because of their farm feud, Amy Roloff has been very supportive of the former and his wife. It looks like the mother and daughter-in-law duo went out in the latest episode of LPBW Season 24 to bond a little bit more. While they were at a restaurant, the matriarch ended up cracking an inappropriate joke without even realizing it, and Tori’s reaction was quite hilarious. So, tune in and keep reading to know all the details.

There have been tensions in the Little People Big World family over the past few seasons. It all began when Zach Roloff thought it would be a good idea to negotiate with his father in terms of buying a part of Roloff Farms. Avid viewers must know that things blew out of proportion and the deal didn’t take place. So, after this fight, Zach and his family moved to Battleground, Washington, saying they had nothing to do with the farm anymore. While things are awkward between Zach, Tori, and Matt Roloff, the LPBW matriarch Amy Roloff has been very supportive of the couple. Even she was upset that her ex didn’t let their kids live their dreams and carry the farm’s legacy.

Lately, Amy Roloff has been spending a lot of time with Zach and Tori. In the latest LPBW episodes, she and her daughter-in-law went out for lunch. It was quite an interesting segment. That’s because both of them were eating sushi. Tori stated that she was afraid that the dish was going to be “too spicy.” On the other hand, Amy wondered if she could “stick the whole thing in her mouth”. Well, the young mother was quick to sense how suggestive that sounded. Hence, she let out a laugh, trying to cover her mouth. A Redditor reshared this hilarious moment on the platform. Viewers were also gushing over Amy for being too innocent, as she didn’t get the joke even when Tori laughed.

Amy and Tori were out for the latter’s “postpartum shopping” in the latest LPBW episode. Before grabbing lunch, the reality TV stars were checking out boutiques for clothes. While the mother of three had her heart set on buying a leather jacket, she thought her husband, Zach, would “freak”. Amy wanted her daughter-in-law to explore other options. That’s when Zach’s mom pulled out a black dress that was see-through from around the waist. At first, Tori was awkward because her mother-in-law was the one pulling the outfit out for her. She also gave a shocked look to the camera like Jim from The Office. But Amy Roloff was not at all bothered by this and encouraged Tori to go for it.

Tori couldn’t help but gasp dramatically while saying, “Amy Roloff,” and laughing out loud at her mother-in-law’s suggestion. The LPBW viewers were happy to see Tori and Amy have such a gala time while shopping. The past few episodes have mostly been focused on the feud. Hence, they were glad to see something positive and wholesome in the show. They asked TLC to put more such moments on the show as they are getting tired of all the farm-related negativity in the series. Do you like Amy’s bond with Tori? Tell us in the comments below. Until then, TV Season & Spoilers is here for you with all the latest updates on LPBW.