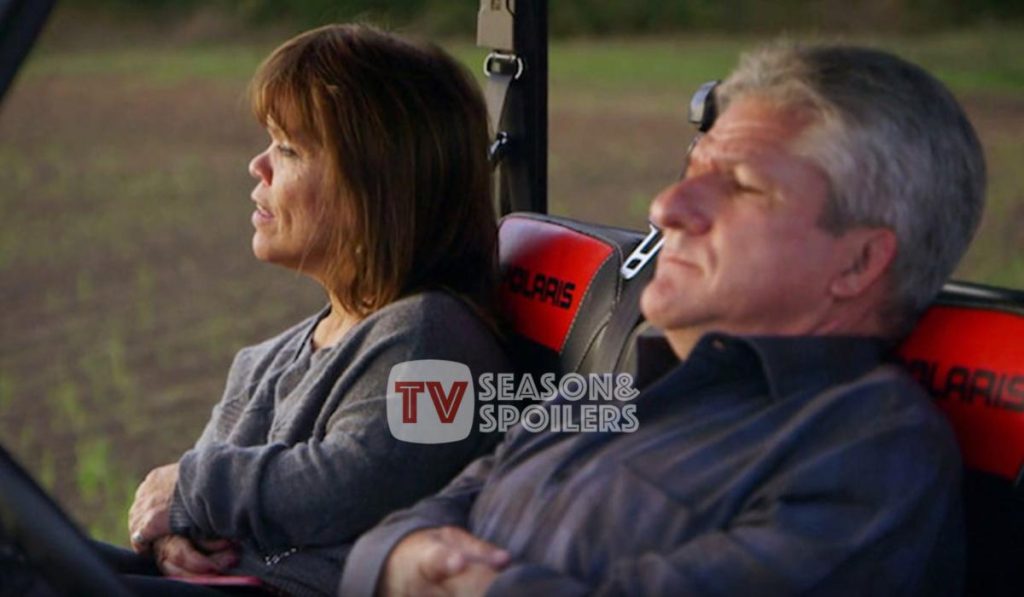 LPBW Trailer: Matt Wants To Do Business With Amy Again, Amy Rejects Him!

Matt Roloff and Amy Roloff have been a part of the TLC family for a long time. Moreover, it’s been almost two decades since their show, Little People Big World, became a hit. Earlier, they were a married couple for 27 years, and now they have gone their separate ways. Despite this, a segment in their first look trailer of LPBW Season 23 suggests that they will become business partners again for the Roloff Farms. Keep reading more to get all the details on this.

LPBW: Matt Tries To Get Amy On Board For Future Farm Plans? Says His Kids Will Hate Him!

Matt Roloff was initially a farmer before he became a TV celebrity. In the 90s, he purchased the 32-acre farmland and turned it into ‘The Roloff Farms’. As much as fans love this area, they also realize it has caused a lot of issues in the family. Apparently, the first look of LPBW’s new season revealed that the family head came up with a lot of plans for the north side of the land. However, he kept going back and forth with it as he was filled with “emotions” and “angst”.

Later on, a clip had his ex-wife, Amy Roloff, looking at his new plans. However, she doesn’t look happy with what he has come with. Hence, she doesn’t hesitate to reveal her discomfort while sarcastically saying, “wow,”. This is followed by her walking out of the barn. Eventually, the 60-year-old also states that if his kids “hate” him for this, there is “nothing” he can do. As a result, viewers began to speculate that by saying “this,” the Roloff patriarch was referring to going back in business with Amy Roloff.

However, these are all theories on the internet, and no proper confirmation is available regarding this. Apparently, no cast member has properly shed light on this matter. Hopefully, the upcoming season will answer all these queries.

Apart from his show LPBW capturing all his adventures of Roloff Farms, Matt shares more details about the same through his social media. Lately, the reality show star has taken to his social media to show off some structures the TV audience hasn’t seen yet. All avid fans must know by now that his family farm is spread across 100 acres of land. Hence, it is impossible to capture every aspect of the place. Therefore, the LPBW star took it upon himself to showcase such properties.

While doing so, he also revealed his youngest son Jacob’s “original” cabin. It turns out that when the former cast member was a child, he would play there a lot. At first, viewers thought he was showcasing the cabin where the 25-year-old currently lives. However, it was just a place from the past, and the famous father was reminiscing about the old days. Keep checking TV Season & Spoilers for more such reality show updates.