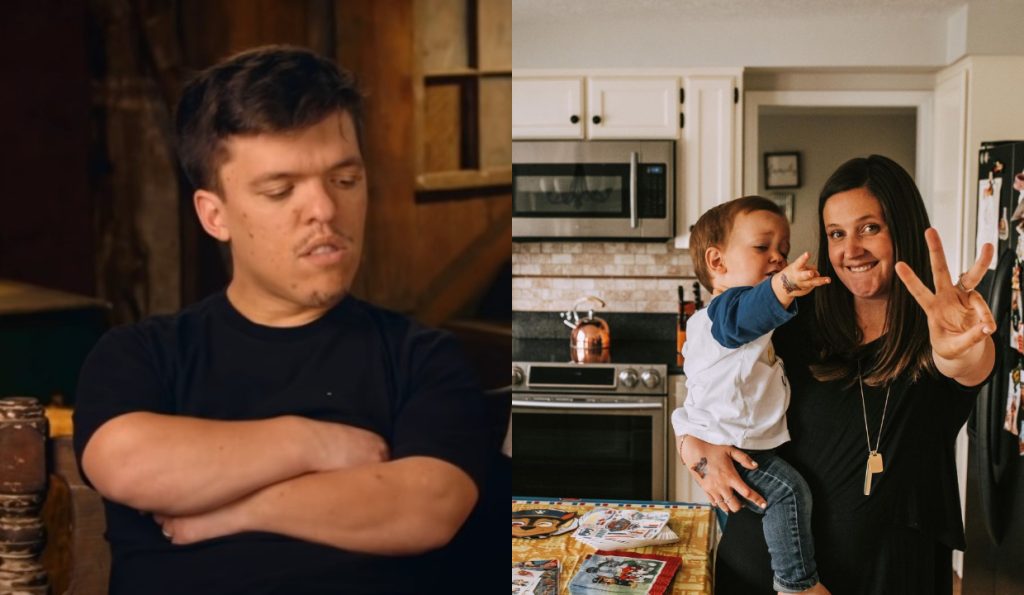 LPBW: Zach Slammed For Making Pregnant Tori Do All The Work? “Lazy Parent”

Zach and Tori Roloff are always in the good books of Little People Big World fans. In fact, they are very fond of the couple and their three beautiful kids. Although they are mostly fan favorites, there is some trouble for the LPBW duo. Apparently, the latest episode was quite a serious affair as Jackson Roloff, i.e., their 4-year-old son, had to undergo surgery for his bowing legs. With such an intense aura in their house, fans feel his mother, Tori, was the only one making sure her son was doing okay. Meanwhile, her husband, Zach, watched. Keep reading to know how fans reacted to this.

As the new Little People Big World episode premiered this week, it had some important updates. Apparently, Tori and Zach’s son Jackson had to undergo surgery for the bowing in his legs. Hence, the parents talked about this during their confessional. Moreover, the reality TV mother feared that she wouldn’t be able to “handle” it. This would probably lead to Jackson not being able to do so too. However, the operation happened smoothly, and Jackson could go home five hours later. Despite this, there was something in the episode that the LPBW fanbase didn’t appreciate.

It turns out that Jackson’s doctors told his parents, Zach and Tori, that he must walk on an everyday basis, little by little, to get better. In fact, that would help him with his speedy recovery. As it was the couple’s responsibility to make their son walk, Tori Roloff was the one who was putting effort. More so, she even carried her little one while bringing pregnant in one of the shots. Hence, the fanbase began to slam Zach for sitting in a corner and watching as Jackson tried walking for the first time since the surgery.

LPBW: Jackson In Pain After His ‘Anesthesia’ Wore Off!

As the LPBW audience held their hearts in their hands while watching Jackson Roloff go through surgery, Tori Roloff expressed herself. As the little one went inside the operation theatre, she made a concerned face at the cameras. At last, she ended up revealing that by the time her son was done with the surgery, he was in pain and felt uncomfortable. That’s because his anesthesia wore off by that time. Despite this, the little one was very brave and resilient during the whole procedure, and viewers were in awe of him for being so calm and strong.

Once the family was home, they attempted to make Jackson walk as per the doctor’s instructions. However, the youngster only took a few steps while saying he couldn’t go on. Therefore, Tori put her parenting brain to use and told him she would get him legos if he managed to do so. Therefore, he innocently began walking without his walker but had to use it later on. Yet, the Roloffs were very happy with this progress that too, on the very day of his surgery. Keep reading more updates about LPBW only on TV Season & Spoilers.