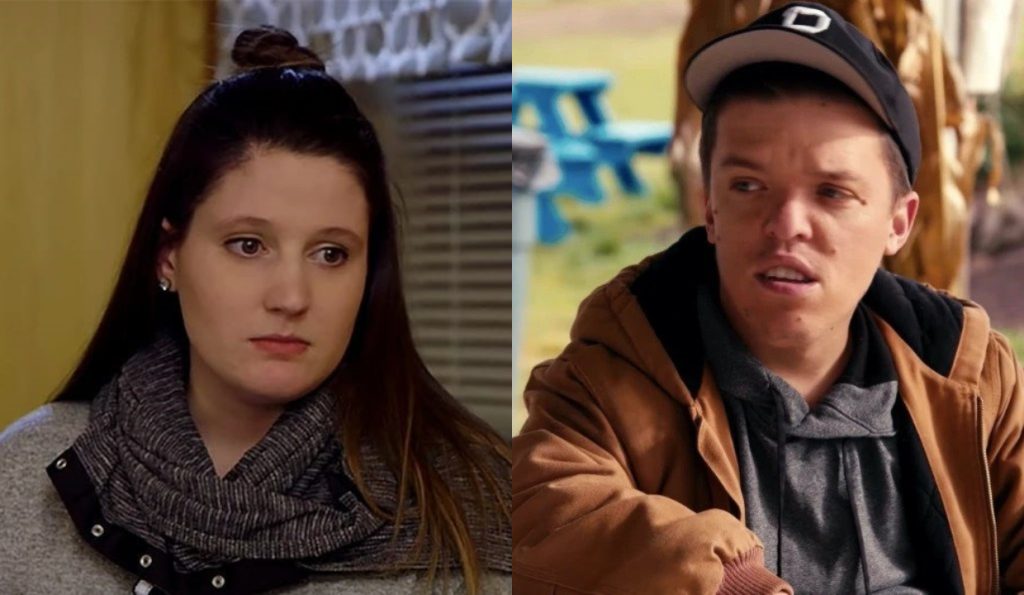 LPBW: Zach & Tori Ready To End Their Marriage? Fans Feel DIVORCE Is On The Way!

Zach and Tori Roloff have been a part of Little People Big World for almost a decade now. Both of them met each other at the former’s farm, and soon, love bloomed. Their love story came full circle when they got married on the same farm. Now it has been seven years since they tied the knot and have three lovely babies. However, they are going through a rough patch in their marriage. A lot of their fights have become part of the latest LPBW Season 24. Now there are rumors going around that instead of working through their issues, the couple is heading for a divorce. So, what is making the fans say so? Keep reading to know more details about this.

LPBW: Zach & Tori Roloff Faking Their Marriage? Fans Feel They Will get A Divorce!

Tori and Zach have been associated with LPBW for a very long time. As mentioned above, they have been together for almost a decade and married for seven years. Well, they have built a beautiful life for themselves. After changing houses thrice and having three kids, many LPBW viewers thought they are secure as ever. However, the latest episodes showed them having trouble. After having their plate full by raising three kids within five years under their roof, it began taking a toll on Tori. She also complained that her husband doesn’t appreciate her enough for her job.

Lately, the family of five put up a picture for Christmas in their matching pajamas. While most of the fans were happy to see such a post on Tori’s Instagram, others felt differently. Many of them stated that Tori and Zach were faking it for the photographs and that things aren’t okay between them. Another person in the comment section said that the divorce is “coming soon”. They believe that Tori has made enough money on the show and doesn’t “need” Zach anymore. However, they didn’t support this assumption with more things. In fact, none of the castmates have addressed the issue of their failing marriage on social media anywhere.

Tori and Zach have been experiencing trouble in paradise. As mentioned before, TLC is capturing all of this and showcasing it all on Little People Big World. In one of the new LPBW episodes, the popular stars were having a conversation. Suddenly, the latter stated that her husband doesn’t give her enough credit for her job and for raising all three kids. Zach mentioned that he was understanding where his wife was coming from. But Tori didn’t seem convinced about this. At last, she sighed and put on sunglasses. After her partner noticed she was frustrated, he also asked her if she would be sleeping upstairs and not in the same bedroom as him.

Tori agreed to this and even exaggerated the matter by saying she would sleep “down the road”. Zach couldn’t help but laugh at this response. This again affected many LPBW fans. They slammed the young dad for laughing while his wife was trying to have a serious conversation with him. Moreover, some said that the couple not sleeping in the same bedroom is a huge sign that their marriage might just be in trouble. However, Zach and Tori have not yet given an update about what has been going on in their relationship since then. Many fans are convinced that they will legally separate soon. How do you feel about the couple’s downward spiral? Tell us in the comments below. Until then, keep coming back to TV Season & Spoilers for the latest reality TV show news.