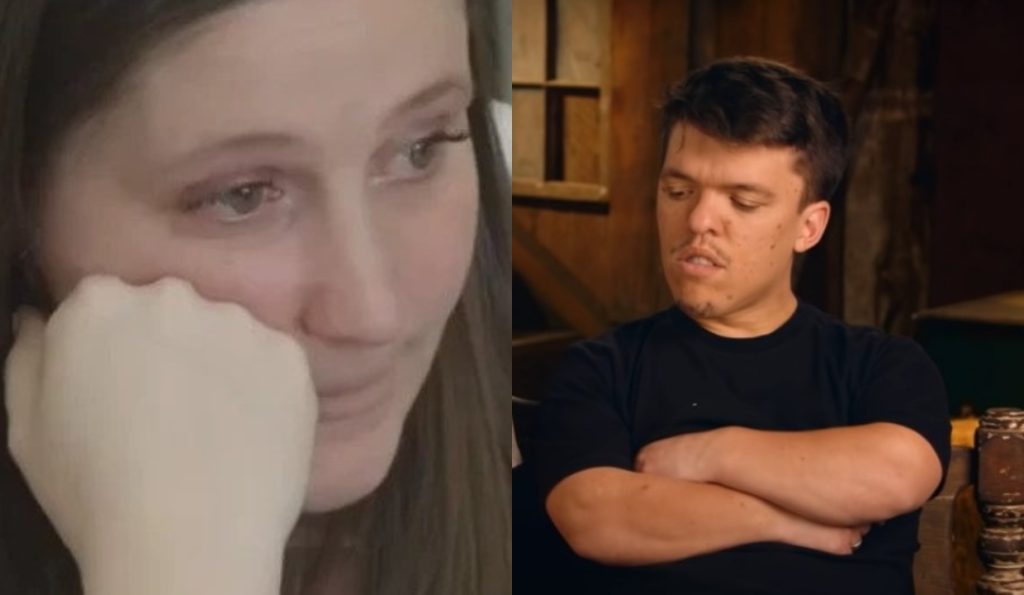 Tori and Zach have been a wholesome couple since their Little People Big World journey began. They have become the most popular faces in the franchise, and fans love them. The LPBW duo has rarely fought with one another since they began filming the show ten years ago. However, the new episodes reveal that there is indeed trouble in paradise for them. That’s because Tori put out her concerns about Zach “underappreciating her”. In fact, things got so out of hand that she admitted to sleeping in a different bedroom than him for the night. Keep reading more to know all the details about this.

Tori and Zach from LPBW have been consistently on TV for ten years. Hence, the viewers are very familiar with the couple. In all these years, they have had a reputation for being a sweet couple and being drama free. However, all that is changing with Little People Big World Season 24. After Zach and Matt Roloff had a falling out over their family farm possession, the former is having issues with his wife, Tori, too. The couple is parents to three lovely kids now. Hence, they have their hands full with parenting duties. With all this happening, Tori once opened up to her husband about feeling like he doesn’t appreciate her enough in the new episode.

All Tori wanted was “a little more credit” from her husband, Zach. While the latter stated that he is “understanding” what his spouse was saying, the LPBW castmate didn’t seem convinced. At last, she sighed heavily while putting on shades in her eyes. When there was a little pause after their heated argument, Zach couldn’t help but enquire about his wife sleeping upstairs. She agreed to this and exaggerated by saying she was going to “sleep down the road”. At last, Zach ended up laughing at her response. However, his wife opened up again during a confessional, saying she was pouring herself from an “empty cup” and wanted a break for a while. It was quite usual for the fans to see the couple in this state.

LPBW: Tori Roloff Feels She Failed As A Mom!

As mentioned above, being a mother to three kids was taking a toll on Tori. Apart from addressing her issues with Zach Roloff, she came clear about many other things. As the LPBW couple has been raising three kids under the age of five together, things can get difficult. The mother mentioned that her newborn, Josiah, had been having trouble sleeping at night. Hence, there are times she lacks patience while being a mother. Unfortunately, she feels like a “failure” as a mother when that happens, and Tori gets a lot of “mom guilt”. In fact, the celebrity had the mom guilt of the “worst” kind when she was baby Josiah on a restless night when he was refusing to sleep.

It was quite heartbreaking for Tori Roloff. She began to question everything after admitting these things. The LPBW castmate began to wonder if she spends “enough time” with her babies. In fact, she has also been experiencing a feeling of “sinking and failing” as a mother. There have been moments when she has raised her voice at her kids, and that upsets her. Tori has been having a hard time because of these things, on top of bickering with her husband, Zach, in the new episodes. How do you feel about Tori dealing with these things? Tell us in the comments below. Until then, keep coming back to TV Season & Spoilers for the latest LPBW updates.