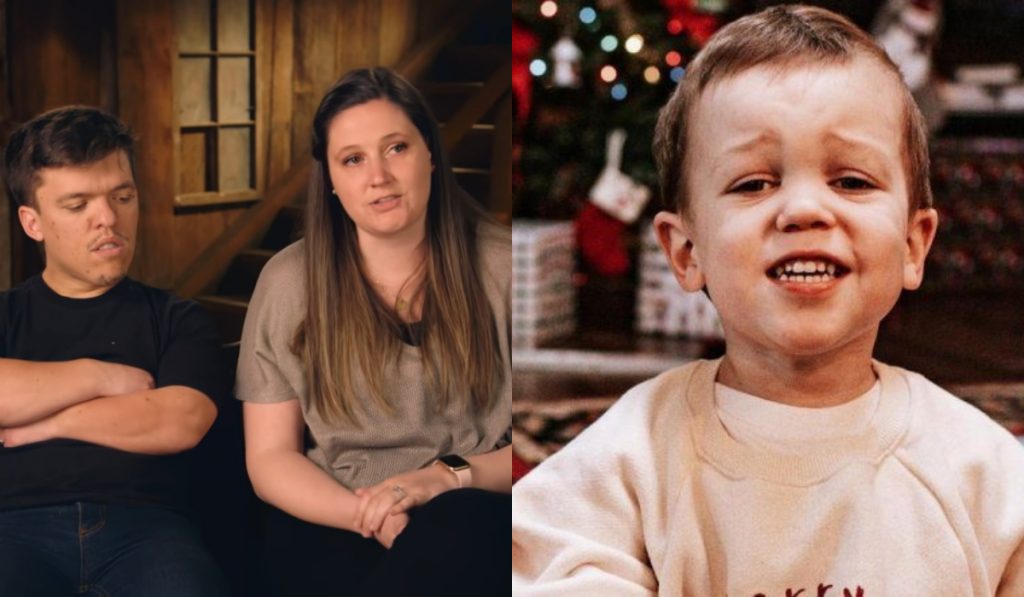 Since Zach and Tori Roloff began appearing on Little People Big World together, viewers have loved them. Moreover, they have a reputation for being one of the most lovable couples and incredible parents. As a result, viewers keep track of their social media updates to know all about their daily life. However, a new story on Tori Roloff made everyone furious. In fact, fans began to claim they put their son Jackson’s life in danger! Keep reading for all the details about this.

Zach and Tori are often heavily praised on social media for being incredible parents. Moreover, their family of 4, with eldest son Jackson and youngest daughter Lilah is everyone’s favorite. However, their life isn’t always all things pretty. That’s because the parents received flak for doing something risky with their little boy. Apparently, Tori Roloff put up a story on her social media, flaunting farm life. It featured her husband and young son riding a tractor on her Instagram story.

Although the LPBW star was driving the vehicle, he put his 4-year-old in the front bucket of the tractor. Hence, viewers found this very dangerous and took to their social media to express it. In fact, a lot of viewers stressed that had the famous father accidentally pressed the “wrong button,” the little one could have fallen and gotten hurt. Moreover, another account revealed an accident with a similar vehicle that led to the deaths of two people once the driver accidentally dropped two kids riding in the front carrier.

As a result, the LPBW fanbase was quite furious with the stars for attempting such a thing for an Instagram story. However, neither of them has reacted to the backlash so far. Yet the audience is repeatedly telling them to be careful with their kids over social media.

This isn’t the first time the adventures in their Washington home scared LPBW fans. Apparently, Jackson Roloff got into some mischief a few days ago. It looks like the little celebrity Jackson got hold of a little snake in his backyard. However, his mother, Tori Roloff, got so scared of it that she thought nightmares regarding this would haunt her. On the other hand, Jackson appeared pretty relaxed and had a great time with his new slithering friend moving on his palm.

Yet this time, the reality show mother addressed the “snarky comments”. In one of her stories, she talked of expecting negativity from the viewers of her Instagram story. In fact, the LPBW celebrity felt they would call her a “terrible parent”. Still, she tried to explain that her son “loved” it to her followers. However, the star remained unbothered by the hate after expressing herself sarcastically. Yet, she has not shed light on the abovementioned tractor incident as of now. Keep checking TV Season & Spoilers for more such LPBW news.