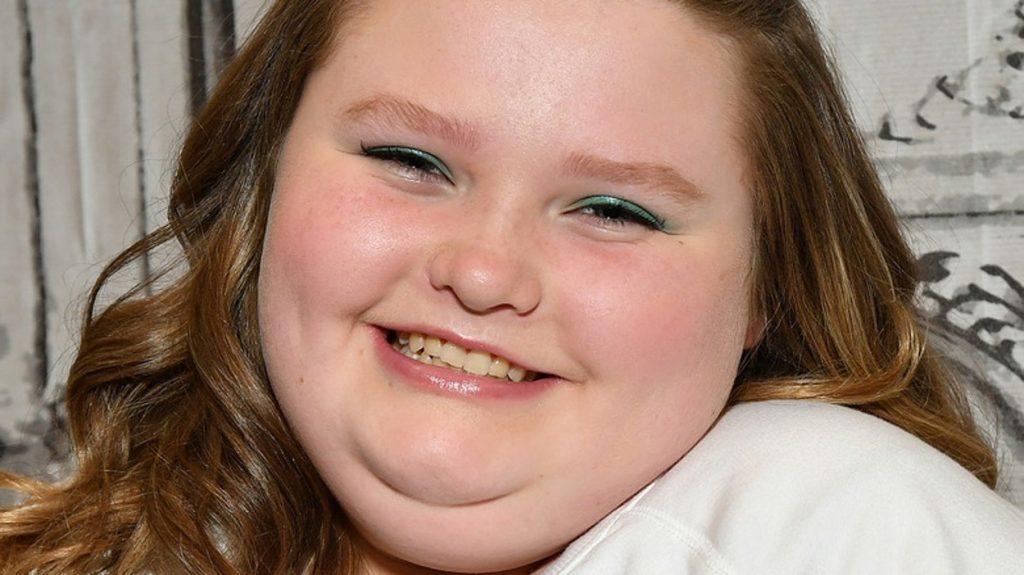 The Mama June star kid Honey Boo Boo aka Alana Thompson, is known for her never-ending new looks. Fans know that the star kid has suffered a lot in her life. Finally, after Pumpkin decided to take custody of Alana, her life is stable. Seems that the star kid is also recovering from the mishappenings of her life and is focusing on herself now. Lately, the teenager has been obsessing over new looks every month. As the holidays are approaching, Honey Boo Boo is ready again with her new look to rock the floor. We have all the details of her new look. To know about the same, keep on reading.

Often teens are known for their zeel to experiment with their looks. The Mama June star kid Alana is no different from the other teens. Recently, she took to her Instagram handle and asked her fans if anyone could make a wavy/curly wig for her. Fans knew for sure a new look was about to come. The 17-year-old further revealed that the holidays are approaching, so she is thinking of having a 40-inch wig. Recently, the teen shared her final look, which according to the fans, makes her look completely unrecognizable. She also posted a video with Nikki Minaj’s song Moment for Life playing in the background as she sits in a salon chair looking like a 2.0 version of herself.

The young TLC celeb had a platinum blonde wig with perfectly straight hair. In the video, Honey Boo Boo’s baby hair was also visible as we went near the scalp. Fans didn’t take much time to load the picture with comments. Apparently, fans had mixed reactions toward Honey Boo Boo’s new mature look. Some said she looked beautiful, and as she is growing, her beauty is enhancing day by day. Yet, some believed that the star is losing her originality with lash extensions and wigs. Fans feel that Alana is naturally pretty and doesn’t need the effort to look good in her teenage years.

The Mama June star kid finally seems to overcome the ordeals of her family life and is now open about it to the world. Recently, Alana made her debut in the rap world and found a new way to throw shade at her mom. First things first, she started the rap by thanking Pumpkin for saving her life. Fans feel that mentioning her sister first also suggests that for the star kid, now her sister is above her mother. It is totally justified as it is just because her responsible elder sister Honey Boo Boo is stable today.

Alana’s rap took a controversial turn when she mentioned her infamous mother in the rap. The lyrics said “You seen the drama with my mama, serious. I’m a be me Big Lana, period”. The star kid perfectly threw shade at her mo ther’s wrongdoing in 2019. Mama June was accused of drug possession and had to go behind bars for the same. The star ended the rap by describing her fame and present well doing. Fans loved how Alana is coping, and she is also taking her frustration out in a productive way. Keep coming back to TV Season & Spoilers