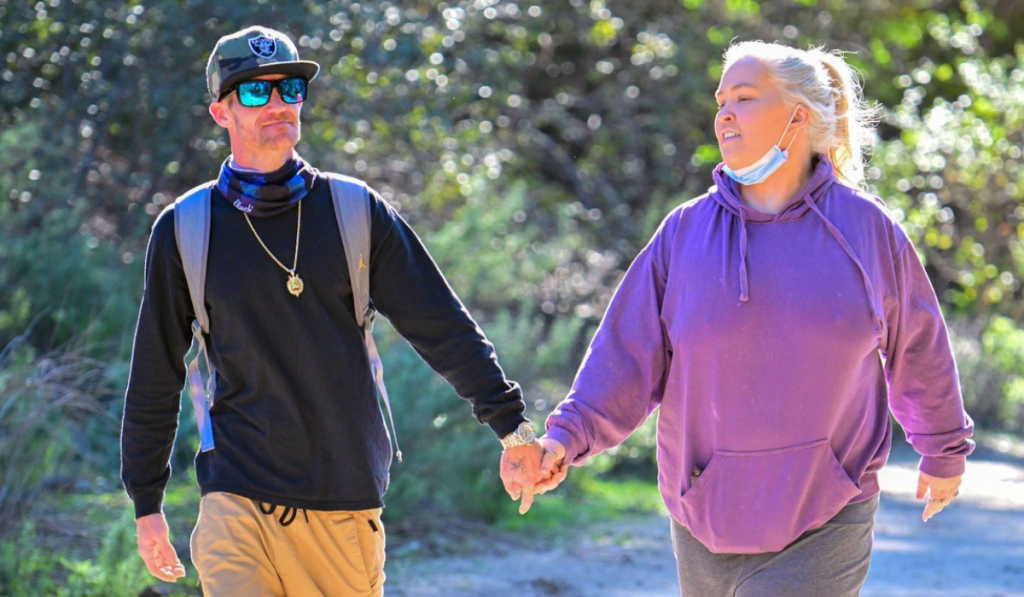 Various things are going on in June Shannon’s life. The Mama June reality star has made her come back. And as she makes her come back, she is surrounded by controversies pilling up. The mother of four recently married her ten years younger boyfriend. But, it looks like Justin Stroud is using Shannon for his benefit. Is it? Tune in with us to find out.

Shannon has made many mistakes in her life. However, one thing she hasn’t learned is how to choose the one for herself. Mama June married Sugar Bear, and they went strong until he cheated on her. After that, Honey Boo Boo’s mother started dating Geno Doak. And he turned out to be one of the biggest villains in her life. Even June’s daughter did not like him. Similarly, even the reality star got into drugs and many unhealthy traits. Meanwhile, June shocked her followers when she secretly married her ten-year-old boyfriend, Justin Stroud.

They met via social media and started dating right after. Shannon seems to found the love of her life. But, it looks like Justin seems to use June for his benefit. Similarly, Mama June’s followers have speculated that Justin is a clout-chaser. They mentioned that Stroud seems to be another “Sugar Bear.” Likewise, one of her followers mentioned that Justin is using her. That’s because he is not taken care of. They also said that June might be focusing on the wrong person again. The follower also noted that he got new teeth, and Shannon paid for it.

Well, even Shannon’s daughter suggested that their mother move fast with men. Meanwhile, some people asked June to keep this relationship worthwhile. Apart from that, Mama June frequently jumped from one relationship to another. Some have also appreciated her finding the love of her life.

The fans are not happy with Shannon because she has made many selfish choices a few times. In a recent episode, producers of the “Masked Singer” asked Mama June and Honey Boo Boo to join the show. However, for that, they had to fly to California. Well, as Alana is under the custody of Pumpkin, June did not ask her permission and made the decision herself.

But, Pumpkin regretted her decision immediately when she found out Shannon left Alana all by herself throughout the trip. Turns out June was busy texting her friend “Jordan” the whole time. This act of her mother made Alana angry. When the celebrities returned from California, June told Alana that she would be meeting her friend and won’t go along with Alana’s home. Similarly, even the producers couldn’t believe that June was leaving her daughter with a stranger.

They asked her if she was running away from her motherly duties. Shannon replied that she needed to help a friend in need. Well, some fans suspect that the friend could be her now husband’s boyfriend. But, even if it was not, June proved she was not ready to take custody of her daughter. Stay tuned to TV Season & Spoilers.