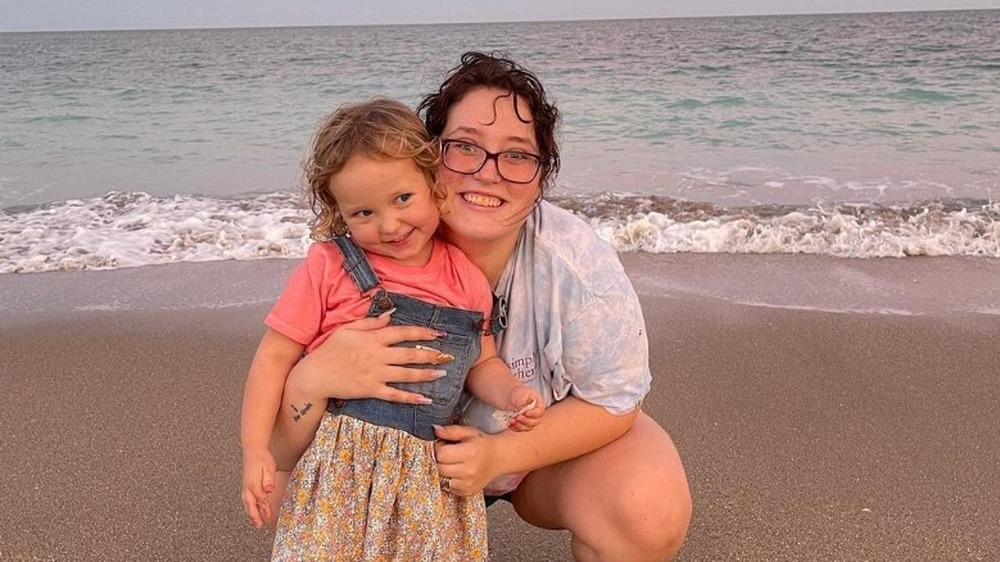 Mama June’s pregnant daughter Pumpkin recently shared an image of her daughter holding her baby brother’s ultrasound picture. It seems that the sweet little girl is already too excited for her little brother to come. Not just this, Ella is going to be the best sister of her brother. It will be interesting to see how Ella Grace gets along with her baby brother, named Banana Joe, by Ella. Let us look into the details of the excitement of the family.

Pumpkin is due to give birth to her and Josh’s second kid on July 25. The couple is excited and is eagerly waiting for the delivery day to arrive soon. Along with Pumpkin and Josh, Ella also seems to be too excited for her soon-to-be-born baby brother. Pumpkin recently uploaded a photo of her daughter smiling while holding the photo of her baby brother’s ultrasound.

Pumpkin captioned the image as “The best big sister already.” Jo Shannon also commented the same, “She’s the best.” Even fans continued to praise Ella for her cuteness and smartness. Someone wrote, “Awwww, she is so adorable.” Another fan commented, “What a cutie.” Ella obviously is the cutest of all in the Shannon family. Fans also know Ella’s Banana Joe is going to have the same cuteness as Ella.

Mama June: Pumpkin Shows Off Her Glow Before The Delivery Date

IBT reported Pumpkin to be due on July 25. Ever since Pumpkin’s pregnancy became public, she has been updating her fans all about the journey. Recently she uploaded a small video of hers in an oversized pink t-shirt. Pumpkin had the ultimate baby glow on her face as she smiled at the picture. The star caption the video, “38 Weeks Today.” It seems that the star is eagerly waiting for the baby to arrive. Meanwhile, Pumpkin and Josh have already decided to name their baby boy “Bentley Jameson.”

In the video, Pumpkin flaunted her full-grown belly on social media. Mama June’s pregnant daughter and Josh are happy that they are finally completing their family. Fans would probably get to see more of Pumpkin’s second baby in Mama June: From Not To Hot’s forthcoming episodes. Although WeTV hadn’t announced the renewal of the show yet. However, we are positive that the platform will soon do it.

Fans are even wondering as to whether Pumpkin has already had her baby. The Sun reported that the star previously shared a photo of hers waiting in the hospital room. A few days before, Pumpkin uploaded a smiling selfie photo saying, “the best is yet to come…” To this, a fan commented, “Is it time?” No, Pumpkin has not yet given birth to her second baby. She is still due for delivery. Although it might happen anytime now. So, patiently wait for the day to arrive. We will keep you posted here with whatever happens. So, stay tuned.