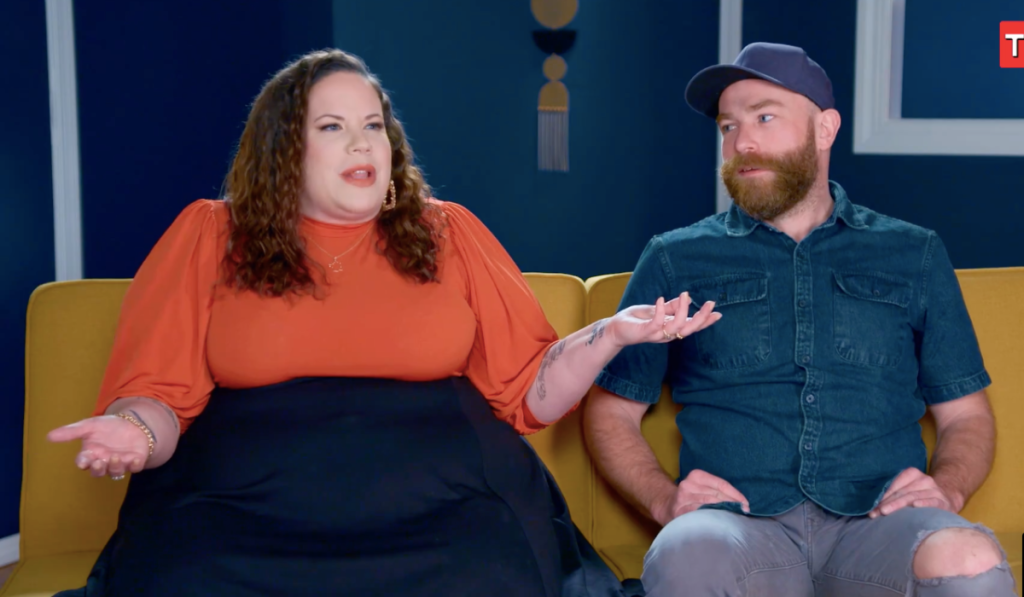 MBFFL: Whitney Says She Can’t Picture Her Life Without Lennie

Things are spiraling between Lennie and Whitney. The two have been working together professionally. However, there have been times when the fans felt something was happening between the two. The MBFFL celeb has noted that she doesn’t have any feelings for her ex-boyfriend. But, she keeps doing things that make the viewers feel otherwise. In the latest sneak peek of My Big Fat Fabulous Life, Whitney says she can’t picture her life without Lennie. Tune in to know more.

Whitney Way has a lot on her plate right now. The reality celeb deals with family, friends, boyfriends, and even ex-boyfriends. Moreover, one interesting thing about it is that Lennie has gotten comfortable being with Thore. Besides, the ex-couple spends time together. Likewise, the People shared an exclusive sneak peek where the MBFFL celeb Whitney is talking about her bond with Lennie. Whitney Way Thore says that she and Lennie have gotten close while working together. They are trying to maintain a professional relationship. However, that doesn’t look like it will happen. The TLC personality says, “I love Lennie.” The ex-girlfriend notes that being with Lennie is easy, and she feels where he was all these years.

The MBFFL celeb states, “what was I doing before I met this person?” Whitney Way then declares that she can no longer picture her life without Lennie. The clip moves to Whitney and her ex-boyfriend’s conversation, where the two discuss the day’s plans. Lennie says he needs his Vitamin D. To which Thore responds, “I’m definitely D deficient.” The conversation comes to a halt as an awkward silence creeps in. But Whitney quickly clarifies that she was talking about actual Vitamin D. The ex-couple’s conversation leads to them discussing the MBFFL celeb’s long-distance relationship. The two working professionals start discussing Whitney and the “Frenchman.”

The TLC personality states that it isn’t easy to continue LDR. However, in Whitney’s case, it’s slightly easy as she started with long-distance. Hence, there’s no problem from her side. Moreover, Whitney wants to see her boyfriend again and adds, “Really, I’d like a little scritch.” Interestingly, Lennie chimes in, saying, “A little scratch on the back.” He then adds that he knows where the spot is. Looking at the ex-couple’s conversation, it seems they slightly flirt with each other. Besides, Lennie also loves to spend time with MBFFL Whitney. No wonder Whitney Way can’t picture her life without him.

MBFFL: Fans Speculate If The “FRENCHMAN” Is Real?

Looking at Whitney and Lennie’s relationship dynamic, the fans are confused. That’s because the reality star mentions her “Frenchman” every time. However, she spends half of the time with Lennie. Moreover, the viewers also believe that the ex-boyfriend knows much more than the “Frenchman” about Whitney. Likewise, the MBFFL fans speculate if her Parisian boyfriend is even real.

Similarly, the MBFFL camera catches Whitney and Lennie sharing flirt conversations most of the time. Hence, fans are now confused about what to believe. Well, many still ship Whitney and Lennie. What are your thoughts? Tell us in the comments below. And stay tuned to TV Season & Spoilers for the latest updates on My Big Fat Fabulous Life.