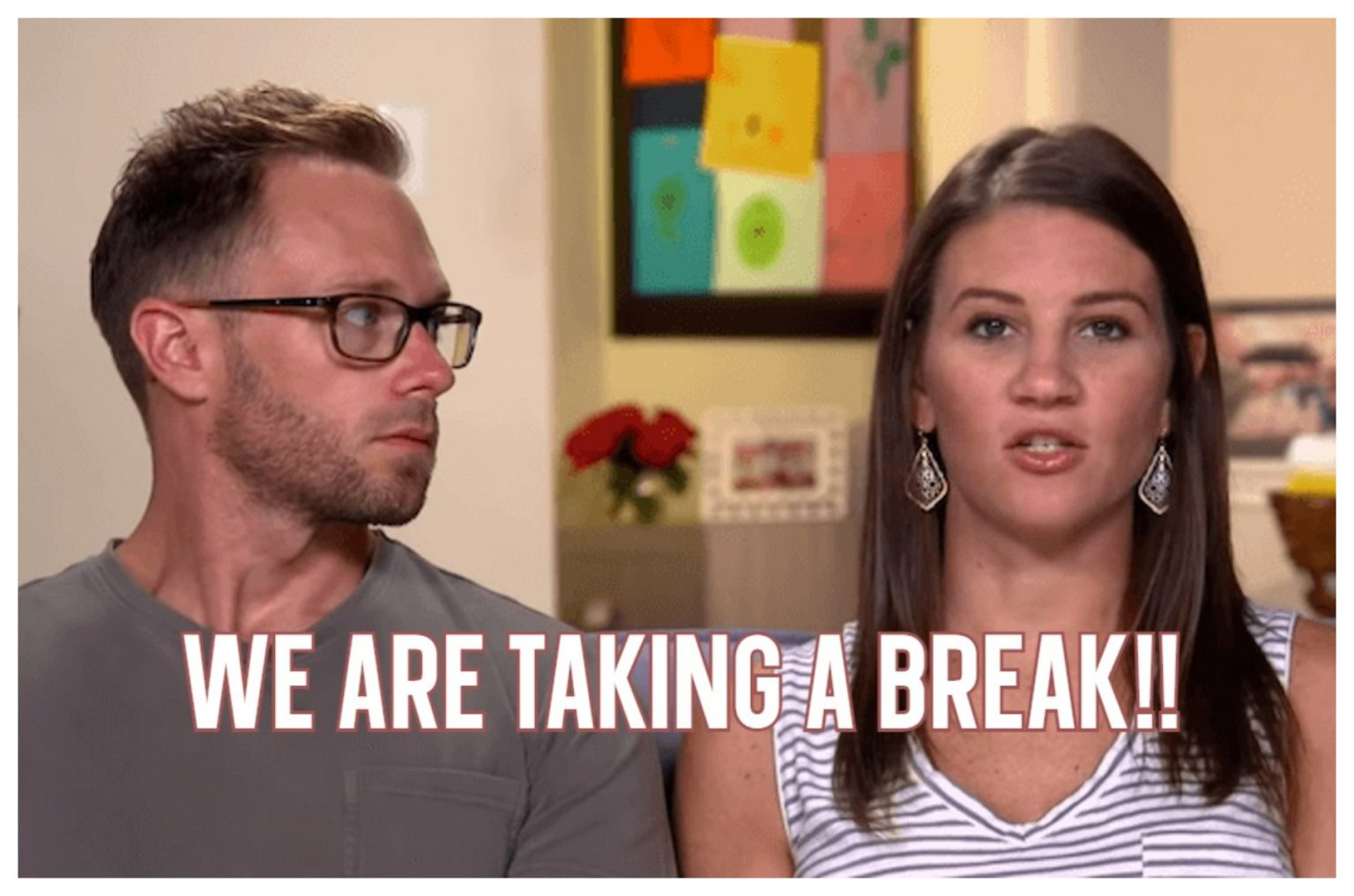 TLC: ADAM AND DANIELLE BUSBY ARE TAKING A BREAK
News

The OutDaughtered couple Danielle and Adam have been the loveliest pair in the television industry. They are ready to set an example with great achievements in life and focus on their future. However, the duo has been busy for the past six months. They had many big projects lined up, and the parents did manage to complete them. Meanwhile, in a recent YouTube video, the reality stars spoke of taking a break for a while! Is everything okay between them? The fans are curious to know. So, tune in with us to find out.

OutDaughtered: Why Are Adam & Danielle Taking A Break From The Show?

Love never dies, it only grows stronger. The saying is beautiful to read but hard to manage. Looking at the relationship dynamic of OutDaughtered stars Danielle and Adam Busby, it’s clear that the couple loves each other dearly. They have often been there for each other and never came to a choice when they would lose their ties. However, in a YouTube video, the fans learned that the couple was taking a break. It created a lot of chaos amongst the viewers, who feared that the couple would split. The TLC audience also noted how the pair would manage the kids. But turns out that Danielle and Adam aren’t taking a break. It was a misconception by the fans.

As the readers of TVSS know that the show OutDaughtered hasn’t aired in a while. Hence, the audience started questioning the celebs if there would be a new season. The reality show has become so popular that people have started binge-watching it. Therefore, the couple promised to make a video on it. So, Adam and Danielle told their fans why the show didn’t air. Adam stated that Covid-19 took a heavy toll on everyone, making it difficult to shoot indoors. Similarly, the girls started school and engaged in sports and other activities. Hence, the shooting became hectic, and the family didn’t have time to spend together.

In addition, the couple also spoke about the criticism they faced online because of not returning. Apart from that, Danielle and Adam have decided to take a break from the show. They want to energize themselves. Similarly, they have kept the doors open and would return when they feel fully replenished. More so, they want their daughters to live a little more outside of the camera. However, the couple will keep posting vlogs, reels, and the whereabouts of the family.

It is not easy to keep health at stake when so much is happening. Similarly, over the years, stress has taken a toll on OutDaughtered star Danielle Busby. The reality star has an autoimmune disease and often feels the pain. Hence, on YouTube, the couple talked about Danielle’s disease

. As of now, she is doing great, but the couple still hasn’t found out what is wrong with Danielle.

Danielle has also started to focus on her diet and exercise. In addition, the mother of six is getting her blood and hormones checked. More so, she does get headaches and inflammation. Therefore, some days are great for her, and some are not. Well, the fans have wished great health for the mother, Busby. Stay tuned to TV Season & Spoilers

for the latest updates on OutDaughtered.
News