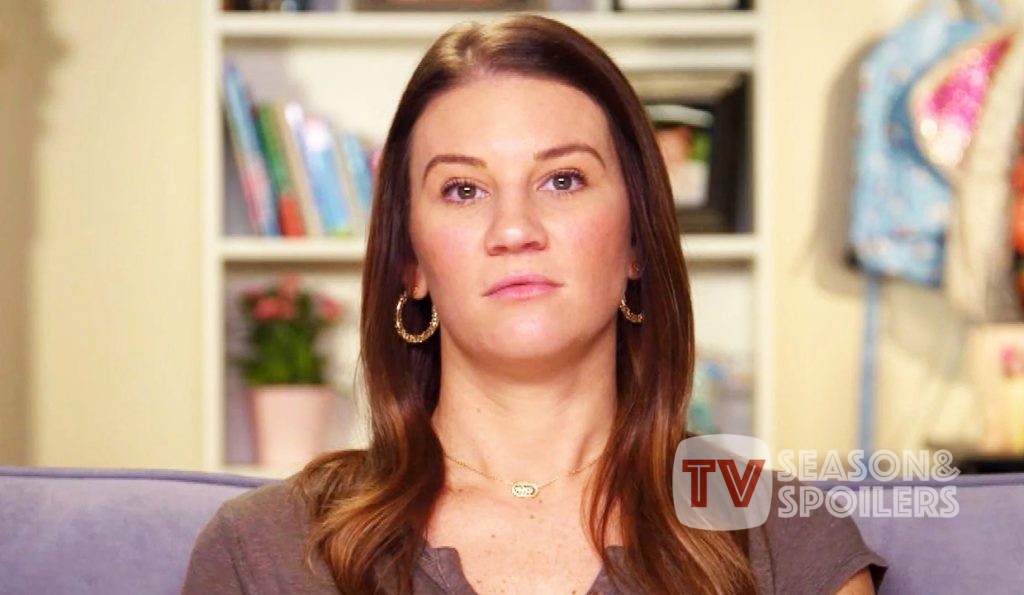 OutDaughtered: Danielle Busby Is SCARED For Her Future!

TLC’s popular reality series, OutDaughtered, focuses on the lives of Texas natives Danielle and Adam Busby. In 2015, they became the parents of the country’s first-ever all-female quintuplets. They have one more daughter, Blayke, aside from the quints, Olivia, Hazel, Riley, Ava, and Parker. The show had eight seasons since viewers seemed to like seeing the active family with lots of drama and excitement. Well, Adam and Danielle had their hands full dealing with the challenges and triumphs of parenting with the quints and their oldest daughter, Blayke. The happy family’s journey wasn’t always simple. Now that the kids are growing up, the Busby mom feels scared for her future. Keep reading to find out why.

OutDaughtered: Danielle Worried How She’ll Handle Her Quints In Their Teenage Years!

It’s not everyone’s cup of tea to raise multiple kids at once. It takes a lot of work to handle children’s day-to-day activities. Most of the time, OutDaughtered mom Danielle Busby does it, though. Her quintuplets are a blessing, and they are the center of her universe. Aside from the quints, the Busby parents dearly love their eldest child, Blayke Busby. And she is very close to reaching her teenage. When girls are close to hitting puberty, mood swings and tantrums come along. However, while dealing with Blayke, who is almost a teen, Danielle, seems scared about her future as she has five girls of the same age to blast at once. The Busby mom took to Instagram to express her feelings. She posted a selfie of herself sitting in a car as an Instagram story.

She captioned the story, “No one prepared me for when my daughter gets into 6th grade”. The Outdaughtered matriarch continued to express how she has to drop Blayke everywhere and bring whatever she wants or forgot to take. But, when the Busby mom arrives, the 12-year-old says, “I’m gonna ride with a friend to go hangout”. Over this experience, Danielle said, “Love my girl but what on earth am gonna do when the quints are this age”. Hence, she is now worried as to how she’ll handle the quints in the teen years when things are already stressful with Blayke. Well, fans feel that the Busby mom has been doing great and she will likely continue to do so in the future too.

OutDaughtered: Yet Another Achievement! Blayke Makes Her Parents Proud

It’s another achievement for Blayke as she hits another milestone. As always, she has successfully made her parents proud. She recently had her Elf junior musical performance. However, Adam took to Instagram to share the inside with his fans. He added several pictures of Blayke’s performances in the post. And he also wrote a caption where he seems very proud of her daughter. He says, “So proud of my Blaykers for putting herself out there and wanting to dive into theater in 6th grade”. Adam then continued to talk about her confidence and communication skills. Then, he continued, “They recently had their Elf jr. the musical performance and i was absolutely blown away by how great it was”. Fans were very quick to hit likes and drop love for Blayke. Many of them adore her beauty. At the same time, some felt Blayke looked exactly like her mother. And called her “Mini Danielle”.

The girls have been featured on TLC for a long time. And in front of the crowd, the girls have had some of their greatest moments. Therefore, it is always a joy whether the quints or their older sister seize a chance. The 11-year-old similarly astounded the followers by “accepting Jesus”. The mother posted lovely pictures of Blayke being “baptised” on Instagram to mark the occasion. The proud mother of the Busby girls expressed her hope that her daughter “shines” the light wherever she goes. For all the latest OutDaughtered updates, keep coming back to the TV Season & Spoilers.