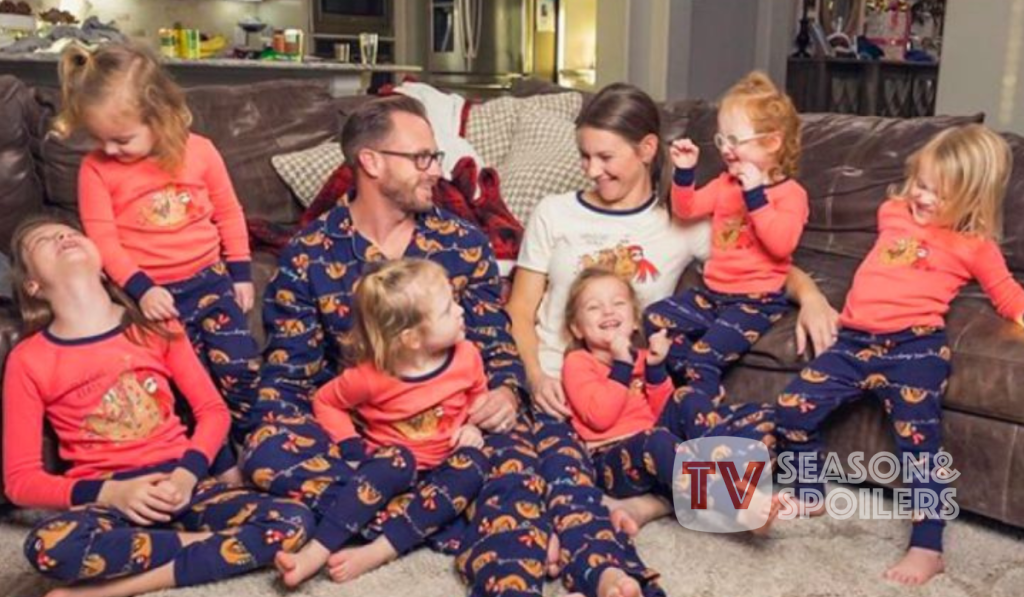 OutDaughtered: What Does Adam Busby Mean By “New Chapter?” Is The Family Coming Back On TLC?

The reality show OutDaughtered, starring Adam and Danielle Busby, has always been an ideal couple. They are the parents of the first American all-girl quintuplets. The show actively featured their lives for years. However, in 2021 the couple announced that they are taking a break from filming the show. This was because they wanted to spend some personal time with their daughters. Adam and Danielle informed their fans that they would soon be able to see them again. Meanwhile, they will keep updating the viewers through their social media handles. But, the exact time of their return to TV remains unknown. Amid all this, Adam talked about a ‘new chapter’ in their family’s life. Does this hint at a new season? Tell us in the comments below.

OutDaughtered: What Does The New Chapter Of Busby’s Life Tell Us?

Danielle recently posted an impromptu photo session with her pretty daughters. The post had a bunch of different photos. Some pictures were to the camera, some were captured candidly, while some captured the girls’ facial expressions. Fan thought Danielle was referring to how imperfect some of the pictures were, as she mentioned in her caption. The OutDaughtered matriarch penned a caption describing how their lives were far from ideal. But they remained committed to the road God had laid out for them.

Adam Busby gushed over how amazing his wife’s remarks were in response to her post. But he also used the opportunity to tease followers with a “new chapter”. In less than 12 hours, his comment was liked by many, and people also replied by asking about the new chapter. So, followers started making assumptions. They thought that it might be about their comeback. At the same time, others assume that Adam and Danielle might have finally decided to adopt the son they always desired. However, there was no response from the Busby dad. Fans are still hoping for the show’s comeback to air soon for the time being.

OutDaughtered: Finally, The Day Has Arrived! Will Fans Get To See The Busby Family On Screen Again?

The Busby family seems ready to resume filming for the show. Recently, one of the viewers posted a screenshot of an Instagram influencer Crystal & Trey McDonald’s story. In her story, it was evident that the Busby had started their shooting. The Busby family, including Adam, Danielle, and one of their kids, were recording, as shown in the screenshot. A camera team was also plainly seen in the image. It was, therefore, widely believed that OutDaughtered Season 9 was now being produced.

However, the speculations made were not true. Soon after all the assumptions made by the fans, Crystal & Trey McDonald took to Instagram and cleared things up. She said the shooting was not for the show but for the upcoming fashion show. All five girls were practicing for a Holiday Fashion Sow for their Graeson Bee Boutique. While the return of the show is not yet confirmed, it’s evident that the Busby parents don’t want to end their TV journey just yet. Do you want OutDaughtered back on the screens? Tell us in the comments below. Stay tuned to TV Season & Spoilers