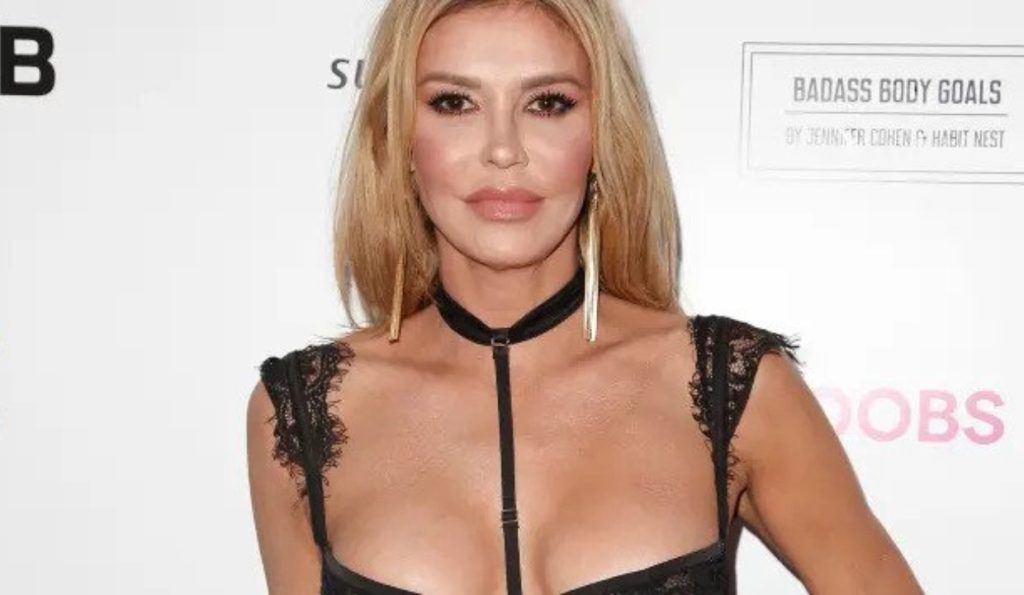 RHOBH: Brandi Glanville Returning To The Show After Controversial Exit?

The upcoming season of Real Housewives Of Beverly Hills is creating quite a lot of haywire on the internet. The show paused before resuming the next season’s shoot. Meanwhile, Andy Cohen, the BravoTV executive, has plans to celebrate New Year with family away from the shot stress. He stated that RHOBH has taken a little break and will resume the coming year in spring. Fans and critics are speculating a lot about the possible star cast that will make it to this season. Brandi Glanville is among the star list who has hinted at being a part of RHOBH. Keep reading to know who is going to make it this time.

RHOBH: Brandi Glanville Never Goes Away For Too Long!

The American television personality is widely renowned for her appearance in RHOBH. She was a part of the show for five years, between 2011-2016. Brandi was also cast for season 2 of The Real Housewives Ultimate Girls Trip, which aired in 2021. The fame also hosts her podcast with the name “Brandi Glanville Unfiltered”. She has also acted in other television shows, namely, Celebrity Apprentice. Further, Brandi has authored two best-selling books: Drinking and Tweeting and Drinking and Dating.

While on RHOBH, she stole the stage from her co-stars. Even though she appeared as a side character, playing the role of a friend, Glanville managed to create drama. The actor has been involved in arguments and fights with almost every other Bravo stars including Kyle Richards. However, she built a good friendship with Richards over the years. Even Kyle expressed her willingness for Glanville’s return to the show.

In a recent tweet, Brandi might have revealed her secret about shooting for the show. While everyone speculates about the possible star cast, she lets out a confusing yet playful statement. Brandi posted a picture of herself in a short orange dress with light makeup and opened blonde hair. She tweeted the photo stating that she’s not gone for too long and will see the viewers/audience soon. The caption concluded with a popcorn emoji. The statement put viewers in a dilemma over the message she was trying to convey.

RHOBH: Who Else Is A Part Of The Upcoming Season?

Critics feel Glanville has signed a contract with BravoTV for the upcoming season. Fans commented that they miss her on the show and wish for her to return. Others believe Brandi is returning to the Bravo series. Brandi’s revelation of hooking up with co-star Denise Richards caused a disaster in Season 10. The reality-tv star stated that she and Richards had an affair even though the former is married. However, she added that Denise shares an open marriage with her husband, Aaron Phypers.

Further, there is a lot of emotion and drama attached to the possible star cast of the show. Critics feel that this season will have Kyle Richards, Lisa Rinna, Erika Jayne, Sutton Stracke, and Garcelle Beauvais. While Lisa Rinna and Erika Jayne publicly announced their return to the show

, others have not given a statement yet. Diana Jenkins, the newbie, who made her debut last season, might not return this season owing to the amount of criticism she faced and her pregnancy. It is hard to predict until BravoTV or Andy Cohen gives any confirmation. Whom do you want to be back on the show? For more exciting news updates, stay tuned to TV Season & Spoilers.