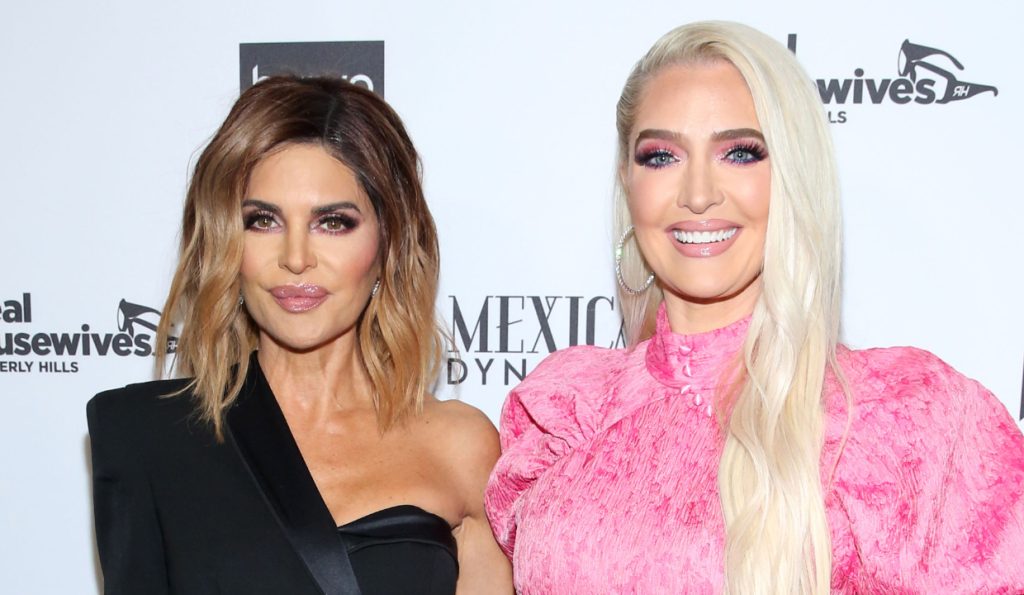 A new season of Real Housewives Of Beverly Hills has yet to start filming. Bravo has not made any statements regarding the cast of RHOBH Season 13. So, they are being secretive about the members and their return. Fans feel there can be new faces in the season too. Despite the speculations, the network is tight-lipped about casting, creating further. It is clear that one reality star is also keeping things quite secretive. However, Erika Jayne reshared a post about her and Lisa Rinna’s confirmed appearance in the show’s new season on her Instagram Stories. Tune in to know the complete update.

RHOBH: Erika Jayne Confirms About The Casting Of The New Season

Bravo has not yet announced any confirmation about any of the cast members for the new RHOBH season. But last season’s Erika Jayne has added spice to the rumors that she and Lisa Rinna might be coming back on the show. A fan page had mentioned that both of these ladies are definitely returning for the awaited season. Soon, Erika reshared this picture on her official handle. Fans feel she was confirming the news by doing so. Additionally, there were different reactions to this, with some people getting ecstatic and others saying they would no longer watch the series. However, there is still no official confirmation about this from the TV network. So, fans are waiting for an announcement for further clarification.

A viewer of RHOBH commented that there is “no doubt” that Erika Jayne will return to the show. For them, she is very dynamic, and her silly outfit choices make the show more fun to watch. Another Reddit user mentioned that the castmate was willing to reconcile with her enemies for the sake of peace. Thus, it brings out so much of the storyline. Well, people believe that Lisa coming back on the show is no surprise either, as her feud with Kathy was a highly watched episode. The viewers loved the brawl. They also called her “Cringy, yet charming” because of her social media presence. At the same time, several other viewers wish to quit watching the show as they find Rinna as an unpleasant person. Whereas, other people find these two personalities bring a lot of drama to the show.

RHOBH: Sutton Stracke Opens Up About Season 13 Being “On Hold “

The twelfth season of Real Housewives Of Beverly Hills was interesting and very intense, as per the celebrity Sutton Stracke. According to the 51-year-old star, in a latest interview, she mentioned that some RHOBH castmates are “licking their wounds” after the last season. So, the celebrity hopes to continue with the cast and filming amid the drama. With this, Sutton will also be managing her hectic schedule. This includes the launch of her new collection at the Sutton Concept boutique of cashmere and pajamas. Moreover, Starcke also mentioned that she hopes to come back soon and said that she has found “her voice” and would like to use it now.

The RHOBH star also talked about her ongoing dispute with the dramatic cast member Lisa Rinna. It was quite intense, as the latter wasn’t present at the Season 12 reunion in October. But Sutton says that her way of seeing fellow castmates has changed after seeing the news about the abuse in Paris that happened with Lisa. She also called herself a “forgiving person.” Who do you think will be the next members of Season 13 of the show? Are you excited about it? Do tell us in the comments below. Till then, stay tuned to TV Seasons & Spoilers for more reality TV updates.