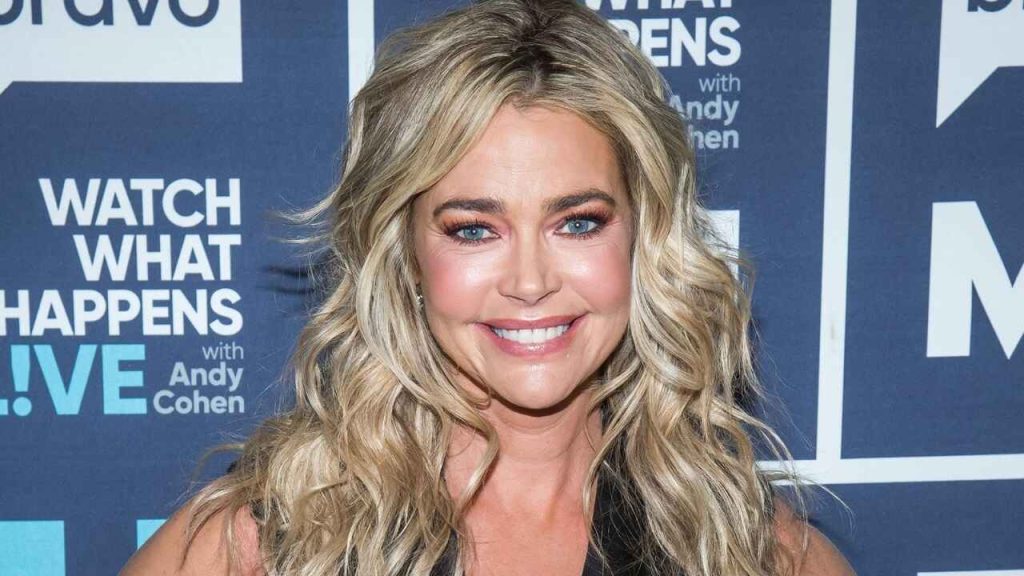 RHOBH: Denise Richards To MAKE A COMEBACK On Real Housewives? Says She Misses It Often!

Denise Richards was the heat of the RHOBH drama. The reality star left the show over some allegations by Brandi Glanville. Now, with everything going on with Richard’s daughter, the mother is again making the headlines again. Recently, she talked about the show, and fans are hoping to see her back on it. So what did she say? Tune in with us to find out.

RHOBH: Richards Misses Her Time On The Show!

It’s been a long since the viewers got in touch with Denise Richards. The RHOBH star has often been the fan favorite. And without her in the show, the audience has started to miss her. Denise was an active cast member of the Real Housewives, but she had to leave it over her drama with Brandi Glanville. In the previous season, Glanville alleged that she and Denise got intimate behind Denise’s husband back, Aaron Phypers. More so, it was more shocking for the viewers as Brandi and Richards had been friends for a long time.

Meanwhile, Denise has denied all the allegations by Brandi. But, Glanville wouldn’t let it go. Therefore, the Bravo cast has had their shift of fights in the show. Hence, Denise’s departure from the show was hard for her fans and RHOBH friends. Similarly, the reunion didn’t go better as Richards felt the ladies were attacking her. Meanwhile, Denise shared her thoughts on her daughter joining the OnlyFans account amid the chaos. Hence, a fan commented that they missed Denise on the show. Richards responded that she misses it herself.

A fan commented on one of her social media posts that they miss her on the show, as per monsterandcritics. Some also asked her if Denise was thinking of making a comeback in the future. Well, to everyone’s surprise, she said that she indeed misses being on the show. Richards replied to a comment, “I often miss it myself”. However, as of now, neither Denise nor MTV has confirmed her return on RHOBH anytime soon.

Besides all other news, Denise Richards’ daughter is making the news. Sami Sheen has joined OnlyFans, and the fans are curious as she is 18. Hence, many wondered what the parents had to say about it. Hence, the mother offered her support and claimed that she would be a guide to her daughter whenever hat required. Richards also said that she trusts Sami and her judgment. Then she added that it doesn’t matter whose’s house the decision was taken. So, when Sami announced her admission to the platform, the mother said she loved her and always supported her.

Meanwhile, when the news reached Sami’s father, he shared his concerns over his daughter’s choice. Well, this hasn’t happened before. When Sami was at odds with her mother, Charlie Sheen supported and kept Sami with her. Sheen spoke to UsWeekly and noted that the incident did not occur under his roof. The reality star stated he was unable to prevent it. More so, he said he wanted Sami to keep things classy and decent. Well, it is clear that Charlie is blaming Sami’s decision on Denise Richards. Stay tuned to TV Season & Spoilers.