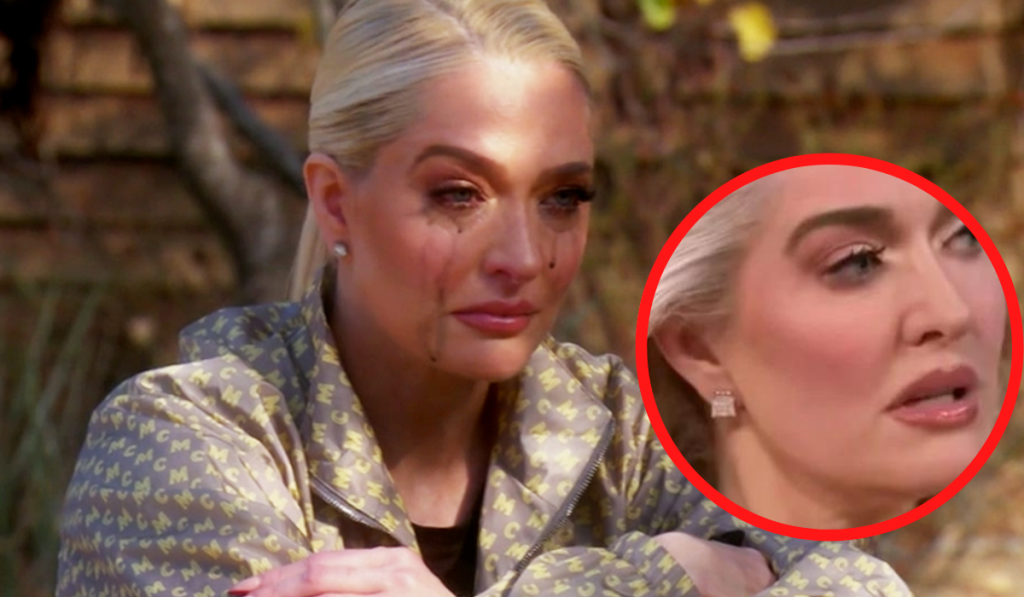 The break for Real Housewives Of Beverly Hills might continue for longer than expected. One of the RHOBH stars has been rolled up in an earrings mix-up case. Erika Jayne and her husband, Tom Girardi, have been slammed with multiple accusations. The couple announced their split in November 2020, and since then, they’ve been locked up in clearing legal allegations. Erika Jayne did not have a good time in the last season of RHOBH either. She got into heated arguments with co-stars Kathy Hilton and Lisa Rinna. Recently, she had to return a set of earrings to the court. However, it seems like she gave them the wrong ones. Keep reading to know more.

Ronald Richards is standing as the arch nemesis of Erika Jayne and her former husband, Tom Girardi life. The attorney has not left a stone unturned in turning up the case. Reportedly, the court ordered Erika Jaynes to return earrings gifted by her husband, Tom, due to his bankruptcy and embezzlement case. Erika claimed that burglars stole the original earrings in a burglary that happened in 2007. Later, her former husband and lawyer, Tom, got her similar ‘replacement’ earrings which she returned to the bank. The bank claimed that Erika swapped the earrings and gave them a low-pricing one.

The bank was alarmed by the possible swap when they tried to sell the earrings at an auction. They were expecting the diamond earrings to price at $75 million. But they bid for a lower amount accounting for their low value. The earrings which the Real Housewives of Beverly Hills

star owned were of somewhat around 7-carat. However, the ones she returned were of a lower value, ranging between 6-6.5 carats. Ronald Richards tweeted all the facts he holds and has been waiting for Erika to come up with a good explanation.

RHOBH: This Is What Attorney Ronald Richards Claims! Fans Startled

Ronald Richards posted the history and facts of the earring purchase and returned it in a listicle tweet. He writes that Erika claimed the earrings were stolen by thieves in 2006. But her husband made a different claim. Tom stated to the franchise board that it happened in 2007. Later, the RHOBH star Erika Jayne said under oath that Tom had bought her the same earrings in 2007, which the jeweler confirmed. However, Tom’s GIA invoice lists two earrings. This year, the trustees confirmed that they are not the same.

Ronald believes that the Real Housewives of Beverly Hills star is blinding the authorities. Tom used the money from the plane crash victims meant for their wives and children. A few people believe this might be a genuine case of a mix-up by Erika because mistakes happen. However, others named her a ‘con-artist’ for trying to fool authorities and failing to do so. Stay tuned to TV Season & Spoilers for more exciting news updates.