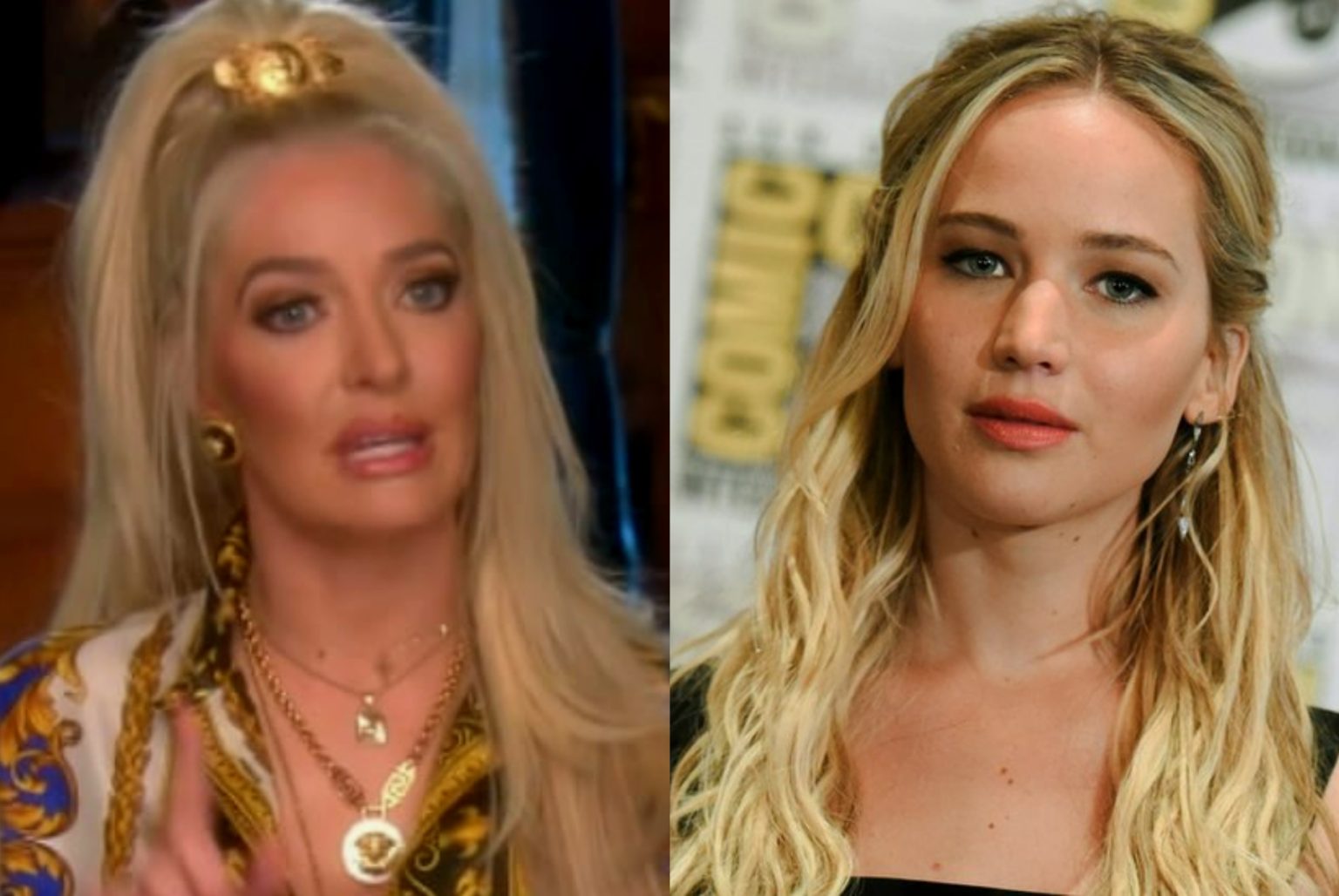 RHOBH: Erika Jayne Claps Back At Jennifer Lawrence  After The Actress Called Her ‘Evil’

Controversies and Erika Jayne go hand in hand. There is barely any day where she doesn’t make the headlines. Currently, things are certainly not in her favor. After facing backlash because of a lawsuit, fans had predicted that she probably wouldn’t return to the show. Yet, Bravo decided to hire her for the latest season. Fans assumed that she might try to fix her image this time around. However, her impression on the viewers only degraded. She was involved in several controversies this time, including the incident with Garcelle and her kids. The RHOBH star has again landed into the soup after slamming the well-known actress Jennifer Lawrence. The actress made an eyebrow-raising statement recently, and Erika replied in her way. Keep reading to know the details.

The Real Housewives of Beverly Hills is one of the most popular reality television shows. People are crazy about it, and they often talk about it. Its fan following is not limited to the common audience and even Hollywood stars can’t keep their eyes off the intense drama. Jennifer Lawrence is a huge fan of the show and recently talked about it in her interview. The video went viral, and now Erika Jayne reacted to it. As People reported, while promoting her upcoming movie at Toronto International Film Festival, Jennifer commented on Erika, where the former dubbed the latter ‘evil.’

The Real Housewives star Erika has recently appeared on “Watch What Happens Live”, where she slammed the actress for her comment. The 51-year-old star told the host Andy Cohen that they could unmask the ugly part of the actress. Moreover, the host Andy, asked her about her reply to the viral video of Jennifer, where she said that Erika was looking for a publicist. The reality television star replied that it was easy to label people. Moreover, she continued that life was tough, and she was going through her lowest while on reality television. This was something Jennifer won’t understand. Fans were quick enough to join the debate and talked the stars.

It all started after Jennifer Lawrence went with the flow and said too much on camera while promoting her movie. As she is a huge fan of the show, the actress said that everything about the show was great. However, her biggest problem was that the show’s latest season was boring. While targeting Erika, Lawrence said, “She needs a publicist ASAP.” Recently, Jayne reacted to her comment. Fans jumped into the matter and shared their opinions on social media.

A lot of people have shared their thoughts on the same on Twitter, Instagram, and other social media platforms. Some users said that Erika was jealous of Jennifer. while another wrote, “you are not as famous and rich as Jennifer.” Fans continue trolling Erika and even mentioned that “she’s a blockbuster actress, and you’re on a reality TV.” Nonetheless, some users supported Jayne and called her brave. Which side are you on in this fight? Tell us in the comments below. Also, stay tuned to TV Season & Spoilers for more updates.