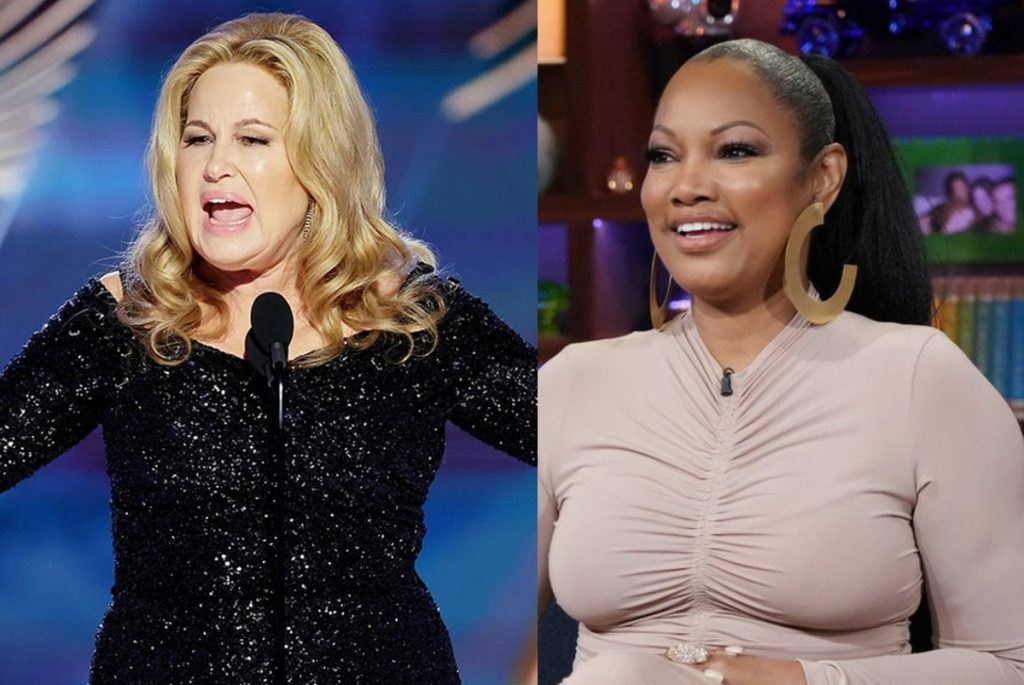 Since Lisa Rinna announced her exit from Real Housewives Of Beverly Hills, the Internet has been on fire. With everyone reacting to the exit with joy, sadness, and several other feelings, something else has fallen upon RHOBH. The show’s current cast members include Erika Jayne, Garcelle Beauvais, Kyle Richards, Sutton Stracke, Diana Jenkins, and Crystal Minkoff. However, BraovTv recently put up a poll to add another member. She is a renowned actress, mainly known for her comedy roles, majorly in the series American Pie. Jennifer Coolidge recently worked in a Hotstar series, White Lotus. While BravoTv is considering her, will she join the housewives?

A BravoTv fan page on Instagram with the name ‘bravohousewives’ posted a picture of Jennifer Coolidge with a statement. It read ‘Jennifer Coolidge Confirms She Would Join Real Housewives Franchise’. The user also added a caption asking followers if they would like to see her on RHOBH. However, the news is neither confirmed nor has been released by either BravoTv’s official page or anyone high in the channel hierarchy. Although, a respondent’s comment shows another side to the picture.

Real Housewife star Garcelle Beauvais responded to the post in the comment section by saying, ‘Yes please’. Even though the information is not as credible, the RHOBH star’s response added credibility to the rumor. Other celebrities like Tracy Dimarco responded to the question and expressed excitement. She said she’d stop breathing honestly and added JCool 4 Life. Fans couldn’t contain their joy and spurted in the comment section. Not one person seemed unhappy with the possibility of Jennifer joining the real housewives. Fans called her an icon and epic and weaved garlands in her praise.

A few people also feel it would be the right thing to do after Lisa Rinna’s exit from Real Housewives Of Beverly Hills. However, others believe joining RHOBH would disgrace her as a legit actor and a housewife. Additionally, viewers expressed that Jennifer is too good for the women there and that they would eat her up if she were to join. The general trivia was also inclined to convince her not to waste her talent but contribute to her work in films. Seems like it is going to be a big decision for the actor!

RHOBH: Reasons By Jennifer Coolidge To Join The Show!

Jennifer Coolidge played a role in the series White Lotus, a comedy-drama series filled with twists and secrets of the staff and locals. The secrets are unveiled over a period that was supposed to be a vacation. It first aired in 2021 on HBO and has broadcasted only one season till now. However, the actress seems keen to join another franchise in handy. Additionally, she is a major Real Housewives fan, giving her leeway to join RHOBH.

In an exclusive interview with E! News, the Watch Dog actor said that Beverly Hills is riveting, that too for many seasons. Further, she explained that the people around her with a homosexual orientation love the show and are obsessed with it. Hence, they would want their friend to do it. Additionally, Jennifer affirmed that Lisa is a good villain and likes the franchise. Would you want to see Jennifer Coolridge on your screen? For more exciting news updates, stay tuned to TV Season & Spoilers.