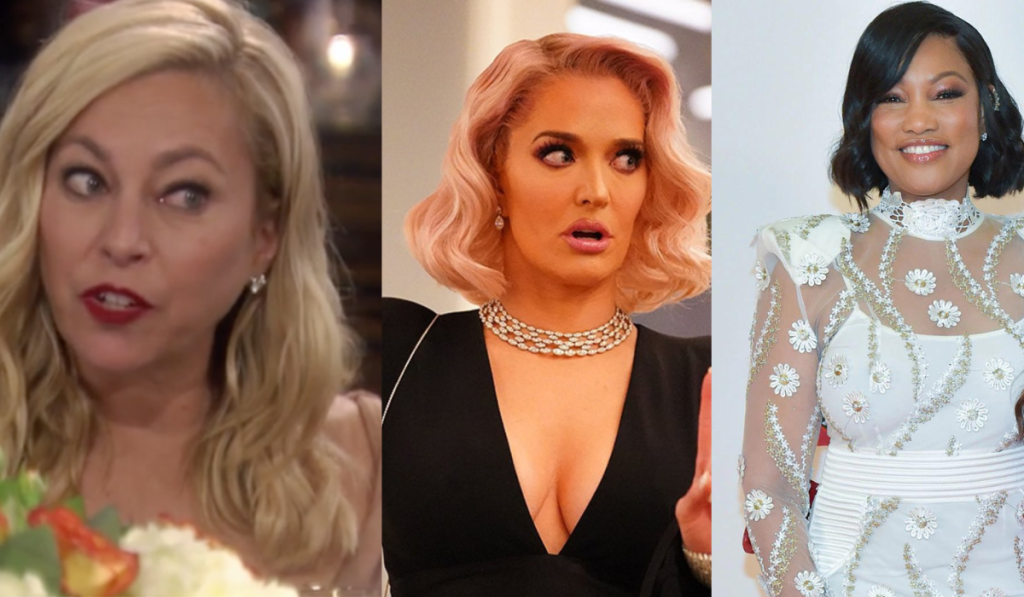 Erika Jayne has been upfront about her words and ruthless behavior. The reality celeb is also butting heads with her co-stars with every chance she gets. Last time, Jayne reacted explosively toward Garcelle’s son, Jax. The RHOBH star did get a lot of hate for that. And now, Garcelle has come forward to go after Erika Jayne’s comment. Well, what Beauvais said about Jayne. Tune in with us to find out.

RHOBH: What Did Erika Jayne Say This Time?

Erika Jayne has opened up about her relationship with the others on Real Housewives Of Beverly Hills After Show. However, Erika did go far and pointed out the others for sticking up for Sutton. More so, Jayne also accused Dorit and noted that because Dorit keeps being Starcke’s friend, Erika struggles to be her good friend. Similarly, the RHOBH celeb expressed her irritability with the others for helping out Sutton. The Bravo star angrily pointed out Garcelle Beauvais saying that Sutton Starcke had fallen out of the group. However, people like Garcelle are helping Sutton. Meanwhile, seeing her name brought on the show, Garcelle did not take it lightly. The reality celeb responded on Twitter, targeting Erika, “Bring on the reunion, sick of this BS.”

In the previous episode, Erika Jayne rudely accused Sutton of being a liability. Hence, the RHOBH star expressed her anger over the statement. Starcke noted that Erika calling her “liability” is the biggest ironic statement ever. She then questioned Jayne and stated if Erika even knew the meaning of the word “liability.” Similarly, both Sutton and Garcelle commented on Erika’s statement

on the “After Show.” The RHOBH personalities noted that Erika made a sad attempt to ruin their friendship. Likewise, Sutton called out Erika and confessed that Jayne’s stupid would not work. She also noted that she could see through Jayne’s vile words and actions. Besides, even the fans agreed with Sutton Starcke.

Sutton Starcke surrounds herself with more drama than ever. First, RHOBH celeb Erika Jayne came after her, and then Lisa Rinna blasted her. During Lisa Rinna’s wine tasting, Sutton and Lisa came face to face when another drama happened. The Real Housewives celeb Rinna noted that she loves to “torture” Sutton. However, after exchanging a few words, Rinna screamed at Sutton. The instant screeching tone caught Sutton and the other housewives members off guard. Moreover, drunken Lisa told Starcke to get out of her house. Rinna was upset that Sutton dragged Lisa’s family into the fight.

However, even after Lisa says mean to Sutton, the RHOBH celeb believes her friend needs to get her anger out. Starcke emphasized with her friend and noted that this season Rinna went through a lot. Hence, Sutton believes that Rinna felt safer throwing a part of her anger at her. More so, Sutton loves the relationship she has with Lisa Rinna. Stay tuned to TV Season & Soilers for the latest updates on Real Housewives Of Beverly Hills.