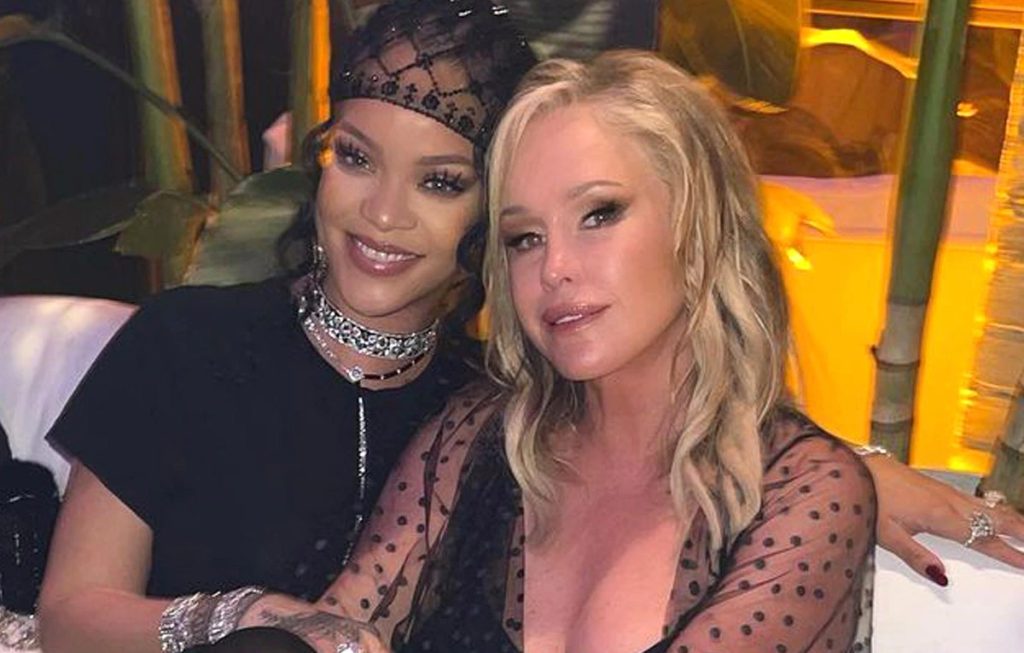 RHOBH: Kathy Hilton Spent A Fortune To Buy A Gift For RIHANNA’s Son!

Kathy Hilton is on the good books of a lot of people. Although, she might be on little bad terms with her fellow castmates of Real Housewives Of Beverly Hills. The entrepreneur has planned a list of gifts to give to the people close to her. Every year Kathy’s pricey gift ideas and wish list are a part of the talk of the town during Christmas. As everyone is gearing up for the festivity and New Year, the RHOBH star has revealed her gift for Rihanna’s son. The pop star and singer Rihanna recently had a baby boy with partner A$AP Rocky. Keep reading to know more about the ‘pricey gift’.

RHOBH: What Is Kathy Hilton Gifting Celebs On Her Nice List?

As for a kid, usually, the best gift revolves around to be something materialistic. The RHOBH star is gifting the singer’s son a $500 toy. Kathy told PageSix that the toy is a Power Pony which even her grandchildren like a lot. The grandmother found them on Instagram, she told the outlet. Rihanna has also previously been on Kathy’s list. Last year, Hilton gifted the mother a wreath adorned with lipstick ornaments and makeup brushes. Apparently, the gift idea was inspired by Fenty Beauty, Rihanna’s beauty and clothing brand.

Additionally, the Real Housewives star has chosen her daughters’ designs as the top gift picks for this year. Kathy believes that her daughters are entrepreneurial and has determined two things from each one of their brands. Paris Hilton’s $30 Wh istling Stovetop Kettle and Nicky Hilton Rothschild’s $185 French Sole Teddy shoes are among the gift picks. Also, Kathy is gifting her daughters the$135 Le Mieux Ionised Oxygen Infuser. The girls in the family are fans of beauty gadgets, and she hopes to unwrap one from the beauty aisle.

Hilton hopes to be gifted a big bottle of Baccarat Bouge, a trendy perfume she practically ‘bathes’ in. However, this is not the end of her wishlist. The RHOBH star wishes for a Stephanie Gottlieb bangle bracelet engraved with her grandsons’ names, costing around $4000. Although, she currently owns a bracelet which her granddaughter’s name engraved on it. Kathy also received a gift which was an octopus-like ornament with the tag of ‘Multi-tasker’. The co-star plans to gift personalized travel bags from Sacra to her fellow cast member of Real Housewives. The pack will be perfect if they plan on taking a trip together next year.

RHOBH: What Is Rihanna Planning On Gifting Kathy Hilton?

Pop star and singer Rihanna probably had an inspiring gift idea for Kathy Hilton. The mother of one gifted the RHOBH star workout clothes from her clothing brand Savage X Fenty activewear range. The activewear line dropped in November this year. Well, it is meant for people to feel sexy, carefree, and powerful, as stated by Rihanna in a press release. While New Year is coming soon, the shoot of RHOBH is set to begin in early spring. Although, neither the previous cast nor BravoTV has released any statement on the possible cast members for the upcoming season.

However, fans have several speculations that might be true. Kathy Hilton might not be a part of the coming season due to her feud and arguments with half-sister Kyle Richards and co-stars Lisa Rinna and Erika Jayne. Further, the latter two have confirmed their positions for the next season of RHOBH. Rest cast members remain mere assumptions. Whom do you want to see in RHOBH? For more exciting news updates, stay tuned to TV Season & Spoilers.