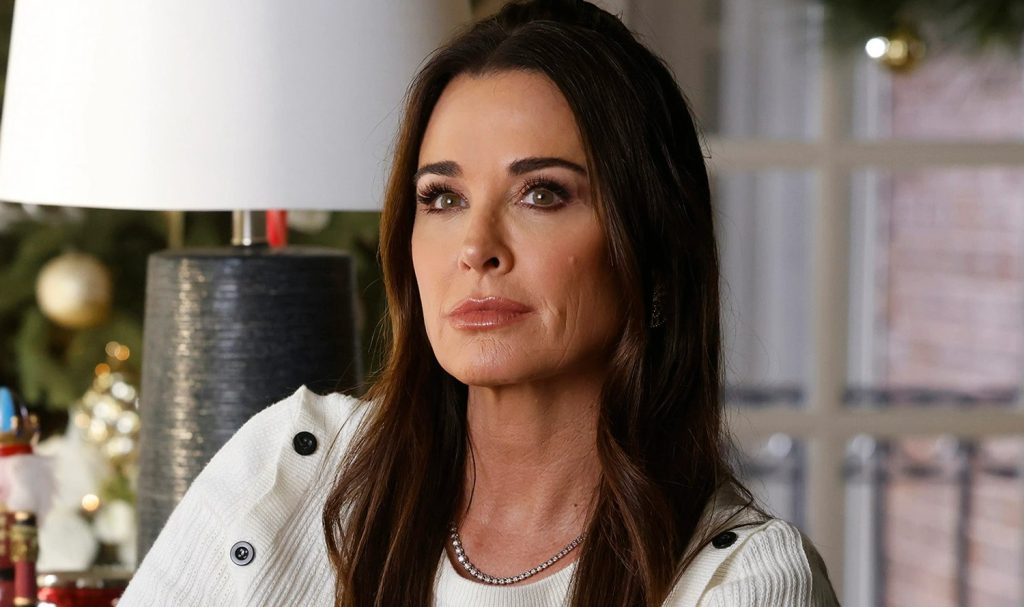 The Richards family keeps The Real Housewives of Beverly Hills fans well entertained. Kyle Richards of RHOBH is making headlines as she recently shared a pic of herself with her winter outfit. The celebrity is still in the recovery phase after the breakdown from Season 12 of the show. She left the show, not on good terms. Her relationship with her sibling also has strains. All the star wants is to have a good bond with her sister Kathy Hilton. However, she has been busy vacationing lately. So on Instagram, the reality star revealed her holiday and Christmas plans to her followers. Later, she also included a stylish photo of herself in the snowy setting, which shocked fans. Tune in to know everything.

The holiday season is special for everyone, and thus Kyle Richards loves to escape to her home in Aspen. This year’s holiday vacation seems to be her most happening moment. It makes sense, given that the Bravo star has a residence there. Kyle Richards enjoys visiting Aspen at any time of year, but especially during the holiday season the most. Over the weekend, the RHOBH star shared two new photos. The first image was a close-up of her wearing an all-white ensemble with a white fur coat, a white Christian Dior hat, and a matching handbag. The second image was of her walking around Aspen. “Baby, it’s cold outside,” Kyle captioned the Instagram post. Fans felt a chill from her photo, but not because of the cold weather. Well, some of them are quite concerned about Kyle’s well-being.

Fans believe she appeared pale and sickly. Others compared her to the fictional White Walker from Game of Thrones. The RHOBH star looked different, with dark eye makeup and a completely white background. Rather than wishing the star a Merry Christmas, most fans took to the comments section to mock her. Kyle Richards’ second photograph scared some of them. Other Real Housewives

fans also expressed their feelings about her Christmas celebration. They’re baffled as to why she couldn’t spend the holiday with her family. Some fans were shocked by how many designer labels she wore in the photo. They called Kyle “materialistic”. One of the comments said, “I’m sorry about how materialistic you’ve become”.

RHOBH: Fans Scared Of Kyle After Her New Insta Post

Kyle Richards of RHOBH recently posted a photo of herself on social media while in Aspen, Colorado, again. The Christmas post featured the reality TV star dressed according to the season, but it did not match the background as she wore white, and so was the backdrop. Richards shared two photos of herself wearing the same dress. The first photo of her showed her flawless skin, but the second was the complete opposite. The second photo appears to have “scared” fans. In the second photo, Richards was seen standing in the distance, showing fans her outfit. The 53-year-old was dressed entirely in white, including a white overcoat, hat, and purse. Fans trolled her instead of wishing her merry Christmas.

After Richards posted her photo, fans immediately took to social media to express their displeasure. “The second picture looks scary,” one fan said. Another fan slammed the TV personality indirectly since the photo was so blurred that one of the fans asked, “is the photo shot on iPhone 4?” “The second picture is a little creepy… maybe because it’s blurry,” one person speculated. Another fan commented, “Girl, the second pic, whoever took that” there was also a shocking emoji in the comment. Keep coming back to TV Season & Spoilers for all the latest reality TV updates.