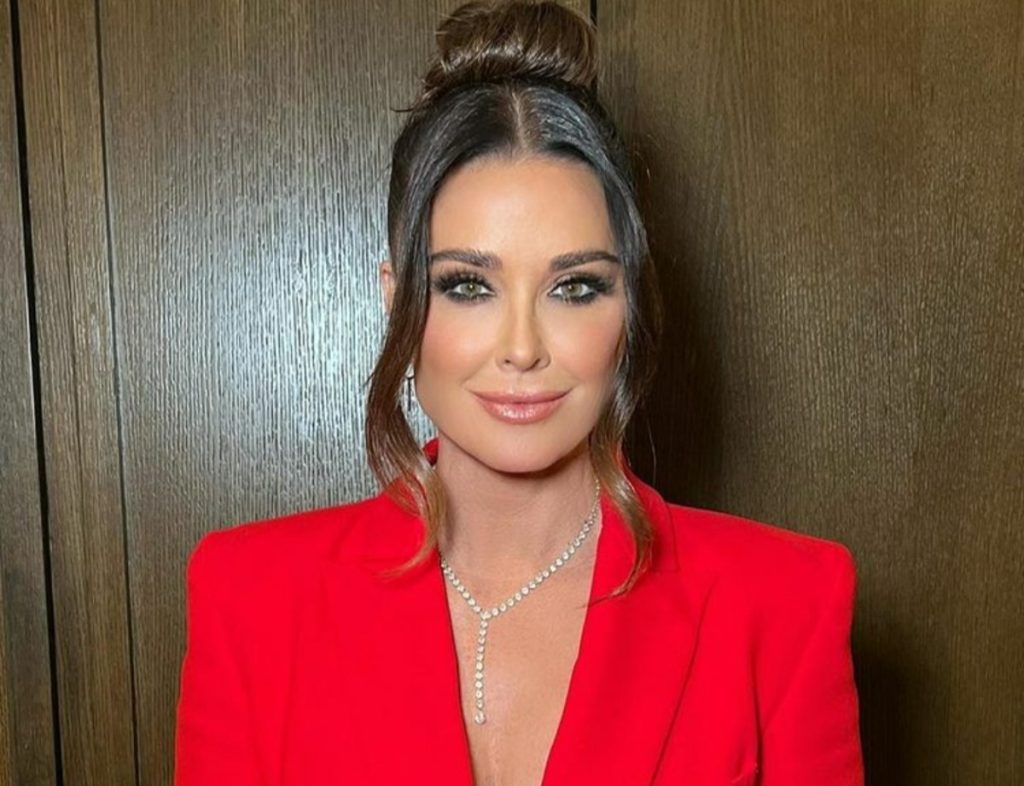 It is hard to believe that the star of Real Housewives Of Beverly Hills, Kyle Richards, is 54. She has been on the show since the very beginning, i.e., Season 1 from 2010. Her life with her husband, Mauricio Umansky, has been documented in the series through various seasons. The RHOBH celebrity has even had several controversies over the years. Also, her terms are not good with her sister, Kathy Hilton, as observed by the fans. However, Kyle proved with her recent photograph in a story that she is solely focused on her progress. The star has shed a lot of weight recently. Continue reading to get a glimpse of her toned bikini body.

RHOBH: Kyle Richards Shared Her Secrets For Her Toned Body

Kyle Richards is a mother of four kids and is now 54 years old. But she believes that with aging, one needs to take care of their body and skin well. Thus, the RHOBH star works out consistently. In 2022 she took a resolution to be on a healthy diet and firmly continued working on it. Now in 2023, she started to post the results of her resolution. In her previous interviews, she even mentioned that she has always faced challenges maintaining a healthy weight. So, Kyle shared that she always had to think before eating anything as she was curvier that her sister.

However, recently Kyle Richards celebrated her 54th birthday last week. The RHOBH star took no time to share her amazingly toned body with her fans to make them remember that she is not that old yet. Kyle posted a mirror selfie that she took in her closet. She wore a skimpy black two-piece bikini. Her top was small enough to drive fans’ attention to her toned abs. Well, it was all possible because of her intense workout sessions. Moreover, her matching bottoms were high-cut on the hips, giving a perfect glimpse of her flat stomach. She completed her look with a black cap with the name of her husband’s real estate firm.

Richards has always been passionate about working out and caring for her skin. However, Fans speculated that she is using Ozempic, a diabetic injection medication for losing pounds. Although Kyle did not bear any more rumors, she slammed the trolls for making such speculations. The RHOBH star gave sole credit to her diet plans and her hard work for her weight transformation. She even goes running, cycling, and yoga to have such a toned body.

RHOBH: Kyle Believes That Lisa Rinna Can Be Replaced!

Kyle has been working hard for her health and toned body with other cast members. Recently, the news of one of the old cast members of RHOBH, Lisa Rinna, leaving the show brought several opinions regarding whether anyone can replace her or not. Thus, in one of the walkout conversations with TMZ, Kyle contradicted the belief of Erika Jayne, as she believed that no one could be Lisa’s substitute. However, Kyle has someone in mind who would be a perfect housewife for the show.

Richards mentioned that the noted model and TV personality Chrissy Teigen would be a great addition to the reality TV show RHOBH. In fact, she said that CT has what it takes to be on the show. Well, it is clear that they both have been friends for years. So there is a possibility that Kyle wants her friend to be a part of reality TV. But, whether Chrissy is willing to join is not clear as she is very busy at the moment after giving birth to her fourth child. Neither has the Bravo network shed light on this rumor. For more exciting reality TV news updates, stay tuned to TV Season & Spoilers.