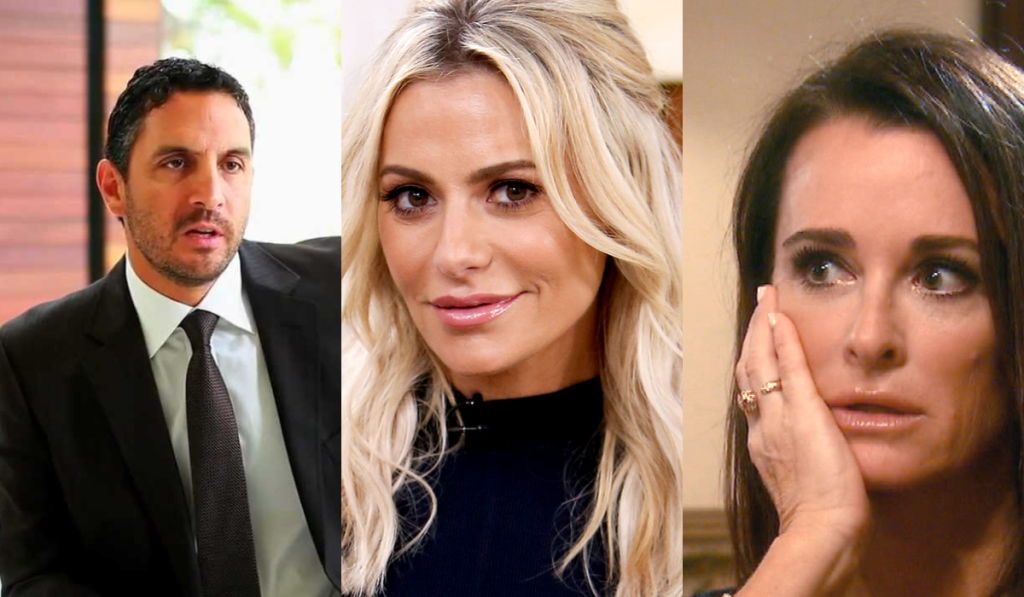 Rumors of a romantic affair between Real Housewives of Beverly Hills star Mauricio Umansky and Dorit Kemsley have been going on for a long time. Sources and other outlets came across the news of a legitimate relationship cum affair between them. However, the rumors were neglected and left unaddressed for quite a while until both the RHOBH stars broke their silence on it. Mauricio Umansky has finally revealed the truth about his relationship with Dorit Kemsley. In an episode of the Reality With King podcast hosted by Carlos King, he told the truth behind it. Keep reading to know about what they confessed!

As per reports, Umansky came out of a shower when his wife, Kyle Richards, informed him about the allegations. He laughed off the cheating accusations. Further, he stated that Dorit’s husband, PK Kemsley is his best friend, and they all hang out together. Umansky believes he is made for reality-tv because he does not take rumors seriously. The RHOBH star said that if one can’t laugh at this stuff, it will invite trouble. Additionally, if he got serious over something like this, he wouldn’t have been able to survive 12 seasons of Real Housewives Of Beverly Hills. He concluded that one needs to keep a thick skin to be on reality television.

Dorit Kemsley also shared her views on the rumor in September on an episode of ‘Watch What Happens Live With Andy Cohen’. The RHOBH star was troubled by the allegation of being unfaithful to her husband. She retaliated by questioning if it’s okay for her kids to see such a disgusting lie, especially when they consider Umansky and Richards their uncle and aunt. Further, the mother of two feels that this is an incorrect way of earning money. Dorit Kemsley concluded that one should have some decency and stop peddling false narratives which can hurt people.

In addition to his confession to the affair rumors on Carlos King’s show, Umansky also spoke of other things. Kyle Richards is preparing herself for Real Housewives of Beverly Hills Season 13. Her husband revealed her routine and mental well-being on the podcast. Moreover, Richards works out daily, and she chills, relaxes, and takes time off everything. Umansky asserted that the upcoming version of Kyle is the sexiest and best like no one would have ever seen before. Also, he added that she has been in good physical and mental shape.

The half-sisters and co-stars of RHOBH have not made up after their big fight in the show’s last season. However, the family members have an upcoming wedding to plan, which will give them together. People who follow Richards would know that her daughter Farrah is getting married soon. Farrah Aldjufrie is currently engaged to Alex Manos. Meanwhile, Mauricio Umansky has his show named Buying Beverly Hills on Netflix

. Buying Beverly Hills has him and his daughters, whose company is involved in real estate.

Furthermore, he admitted that rumors of his daughter, Alexia, romancing co-star Joey Ben-Zvi made him uncomfortable. However, the father of three said that it brought him closer to his daughter. He feels that parents avoid having ‘uncomfortable’ conversations with their children. Although, such episodes forced him to do it with his daughter and clear out various things. The show has also helped him self-reflect. For more exciting news updates, stay tuned to TV Season & Spoilers.