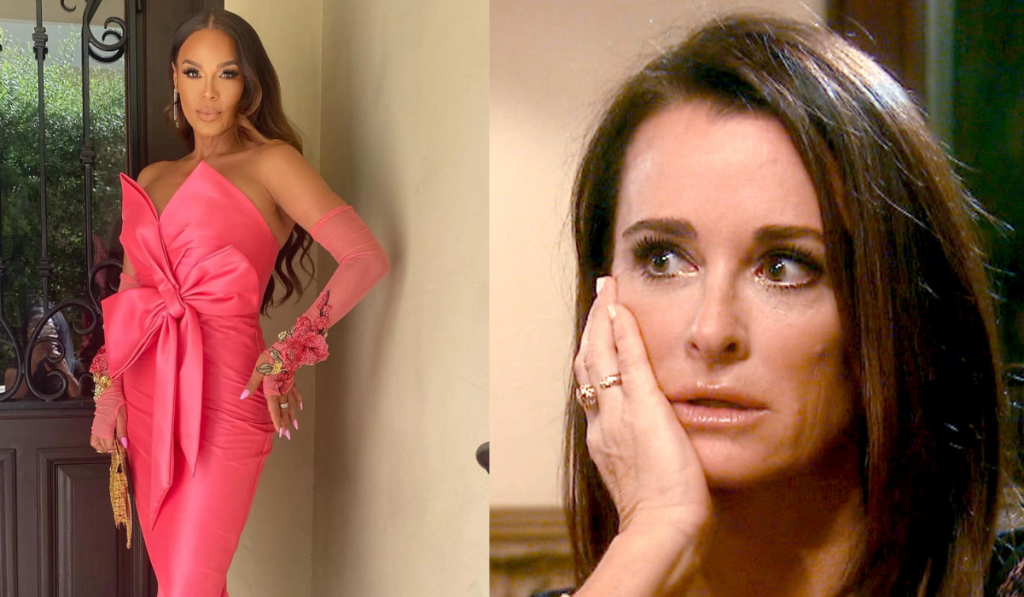 Sheree Zampino, the ex-wife of Will Smith, is set to be the torch bearer of the show RHOBH. The reality star joined the reality series in 2021 as a “friend-of.” Since then, Zampino has keenly observed the other wives’ peculiar nature and arguments. So, this time, Sheree digs at Kyle Richards for obnoxiously laughing at Garcelle’s son’s situation with Erika Jayne. What does the Real Housewives Of Beverly Hills star have to say? Tune in to know the details.

RHOBH: Why Sheree Zampino Wants Kyle To “Sit Down!”

Sheree Zampino is best pals with Garcelle Beauvais. So, when Kyle Richards made rude comments and laughed at Garcelle’s son, Sheree did not like it. At Beauvais’s birthday party, Erika Jayne snubbed Jax a few weeks back. The RHOBH celeb got too drunk, and she viciously called names to Garcelle’s son. Hence, nobody liked the drama, and even the Bravo audience found it disturbing. Meanwhile, when Kyle Richards heard what happened, she made fun of the situation. Eventually, her husband, Pk Kemsley, and Dorit were all present and sided with Erika Jayne. Therefore, since then, the fans have often questioned Kyle’s actions towards the others. On the contrary, Sheree Zampino observed the situation and finally let her thoughts out.

The Real Housewives star praised her friend, Beauvais, for handling the scene “gracefully” on the Behind The Velvet Rope podcast. Sheree focused on the situation and noted that she didn’t find any scenes funny like Kyle Richards. Then, Zampino added that she does not dislike Kyle. However, sometimes Richards does not act as a “peacemaker.” The RHOBH star also noted that Kyle has a habit of butting herself into arguments that do not include her. Similarly, Kyle Richards can be a lot to take sometimes, and it’s not worth it. Previously, Kyle poked her nose into Sutton and Diana Jenkin’s fight

RHOBH: Sheree Zampino To Join Season 13 As A Real Housewife?

The RHOBH fans loved when Sheree joined the show as Garcelle Beauvais’s friend. Her warm and loving personality won everyone’s heart. However, her recent spotlight made her feel she was stepping out of the line. What Sheree means is that getting much support from her followers was good but to an extent. The reality star noted that she felt elated to see everyone cheering her. However, there has to be a fine line. So, when Garcelle asked her to extend her duration on the show, Sheree revealed that she had no intentions of filming another season. However, she did go through the casting process and landed the role of “friend-of.”

Meanwhile, the fans are surprised to see a “fresh take” from Zampino, and they believe that Sheree would be a great addition to the cast of Real Housewives. More so, rumors suggest that Kyle and Lisa might leave the show

after the current season. Hence, if they do, a place will be vacant for Sheree on RHOBH Season 13. Do you like Sheree Zampino? Tell us in the comments below. And stay tuned to TV Season & Spoilers.