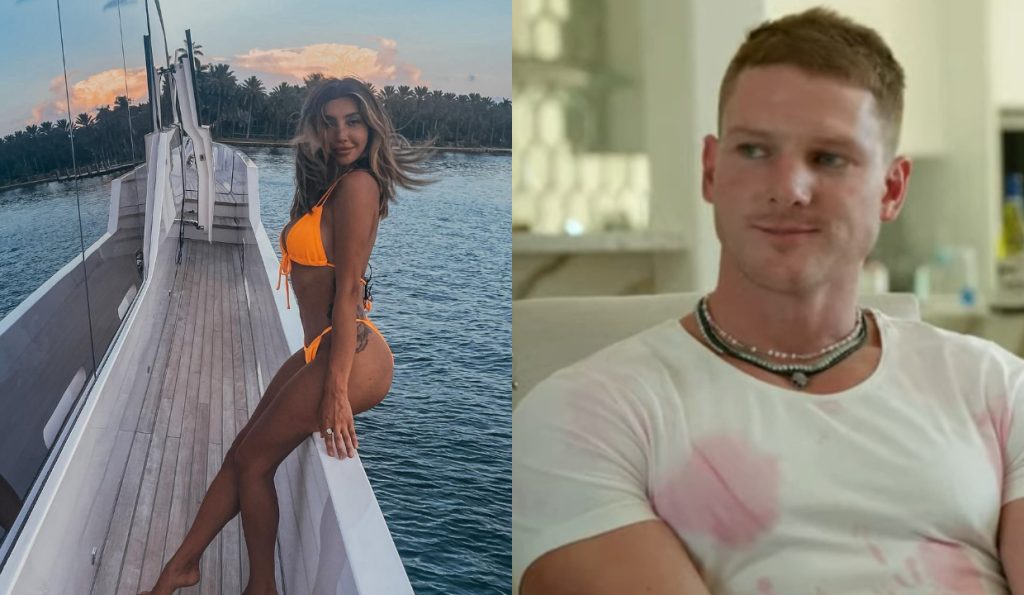 The latest episode of Siesta Key finally had its premiere! All the fans were very excited to see their favorite cast members once again. A lot of new things have happened in the new season. For instance, the castmates have moved to Miami for better career prospects. Yet the drama’s quotient remains high as ever. The new episodes are from the time Sam was dating Meghan Bischoff. She starts having doubts about his relationship with Jordana Barnes. While confronting him, she also admitted that he was paying for Jordana’s cosmetic surgeries! Keep reading to know more about this.

Siesta Key: Sam Is Paying For Jordana’s Surgery! His GF Meghan Has A Problem

Siesta Key has become one of the most successful shows on MTV over only a few years. The network is running its fifth season, and it is known as Miami Moves. Sam Logan, who recently became one of the main castmates, has a lot going on in his life. He is on good terms with his casual fling, Jordana Barnes. They became friends and even moved in together. At the same time, the young entrepreneur is also dating Meghan Bischoff. It turns out that the latter has a problem with Sam and Jordana’s growing friendship.

In one of Sam and Meghan’s segments, she admitted that her boyfriend would be buying Jordana a “new butt”. Siesta Key fans were quick to decode this and understood that Sam was going to pay for Jordana’s cosmetic surgery. At the same time, Bischoff admitted that it feels like Jordana acts more like his girlfriend and not her. That seemed to bug her. However, Sam was quiet about the whole matter. He didn’t know how to answer Meghan. Fans are excited to see how this triangle will play out in the further episodes.

While Meghan had problems with Sam, Cara Giswelli also had a conversation with Jordana about the same issue. She mentioned that people don’t understand the bond the both of them share. Barnes stayed put and admitted they are nothing but friends now and hooked up once in the past. Cara was quick to say that it felt like Sam was Jordana’s sugar daddy. Jordana denied this by saying they don’t have a sexual relationship. So, Cara quickly called Sam a “sugar bother,” and both of them laughed. Jordana and Sam were already living together in the latter’s Miami house, as mentioned before. Barnes also decorated the house with her paintings.

Cara continued to say that Sam and Jordana must define their relationship. Well, the ones following them on Instagram must already know that their friendship grew into something more. That’s because they would get drunk and make out with one another. But they would always say they were nothing but friends. The latest season will decode how their dynamics changed, and fans are excited to see their sizzling chemistry. Keep an eye on TV Season & Spoilers

for the latest and exciting Siesta Key updates.