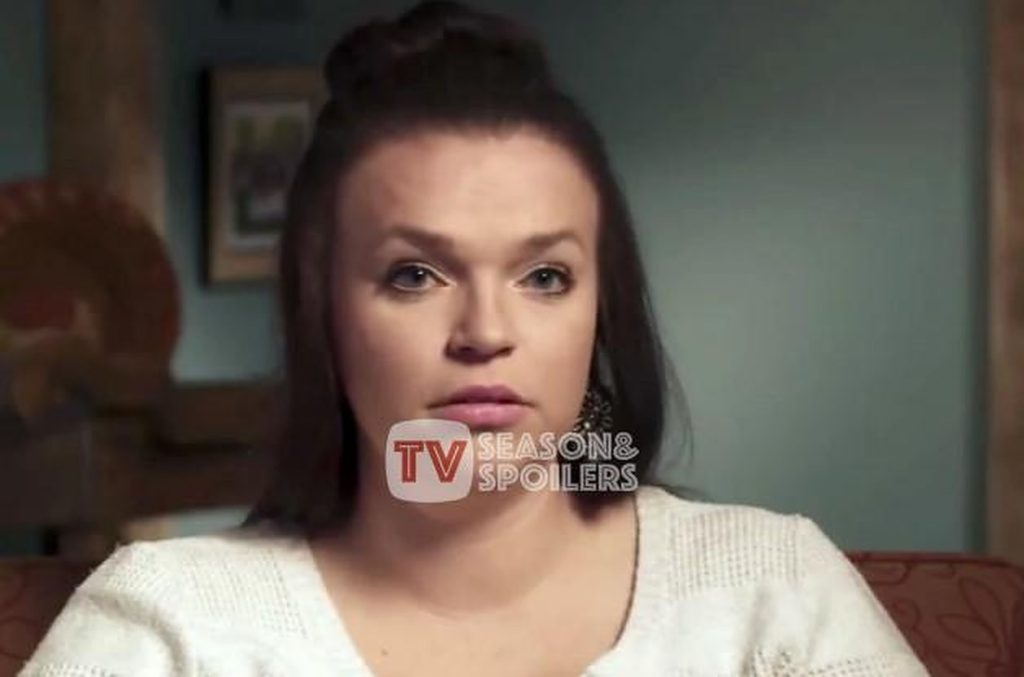 Sister Wives: 7-Month Pregnant Maddie Is Panicking Before Birth Of Baby #3! Is She Okay?

The viewers of Sister Wives are well aware of the complications that Janelle and Kody are going through. Janelle was emotionally hurt when Kody accused her of living like a single mother throughout their marriage. However, fans have witnessed many major changes in the family. Christine has officially left the plural family. Kody claimed that he never loved his first wife, Meri. Also, he feels Robyn is his only wife who is loyal to him and considers him the head of the family. However, amid all this chaos, a family member will soon be welcoming a small packet of happiness. Everyone is waiting to meet Janelle’s daughter Maddie’s little girl. But she’s panicking as she hits 30 weeks of her pregnancy. Keep reading for more details.

Only a few weeks of Maddie’s pregnancy remain. She recently shared an update with her followers. Janelle’s daughter shared a picture of herself cradling her sweet baby bump. Her caption told her fans that she’s 30 weeks down and is ready for the next 10. Madison also added that she’s stuck in a “place of panic” upon hitting the new milestone, as there is a lot to do in the next ten weeks. Among the first to wish Maddie well were her siblings, Paedon and Ysabel. However, many Sister Wives supporters also joined in to offer their congrats. It’s wonderful that the kids and Mykelti are so close in age, one fan wrote. Back in November, Christine’s daughter Mykelti Padron gave birth to twins. At the same time, another fan asked her to breathe and enjoy. Maddie also posted her sonographic image of her unborn baby on her Instagram stories. And wrote that Baby #3 looks a lot like her eldest daughter Evie.

Earlier in July, Maddie and her husband, Caleb Brush, announced the news of her pregnancy. She posted pictures of her two kids, son Axel and daughter Evie. In the picture, Evie is wearing pink, whereas Axel is wearing blue teens. “Big Sister” and “Big Brother,” says Evie’s and Axel’s t-shirts, respectively. Maddie hint in the caption that the baby will soon arrive in February. For Maddie’s birthday last month, Janelle honored her role as a mother in an Instagram post. Janelle captioned the photo and wished her a happy birthday. The Sister Wives

celeb said that she loves that Maddie is her daughter and is a good mom to Axel and Evie. Before Mykelti had her twin sons in November, she was photographed bump-to-bump with her sister Maddie in October.

Maddie Brown Brush, a star of Sister Wives, has been open about her daughter Evie’s health. Her young daughter had just undergone surgery. Maddie also posted this update since she values maintaining relationships with her followers. She nonetheless got a variety of reactions. Others chastised her for making a significant decision, while others hoped for her daughter’s health. Nevertheless, Maddie wants to give Evie a nice life and will stop at nothing to make that happen.

We know that Evie, Maddie and Caleb’s daughter, required corrective surgery. Fans questioned why parents would continue with surgery despite the child’s apparent ease of movement. Some of them attacked the mother of two for taking such a dramatic medical step. But Maddie explained why it was essential to provide Evie with a better living environment. She keeps sharing images of her daughter’s newly severed leg as part of the same trend. The supporters aren’t too pleased to see it, as was to be anticipated. Maddie wrote a lengthy Instagram post to inform her followers about the changes in her limbs. She explains that the decision was not a light-hearted decision. Maddie and her husband Caleb took one year to educate themselves, talked to many doctors, and then took this major step when there was no option left. Stay tuned to TV Season & Spoilers