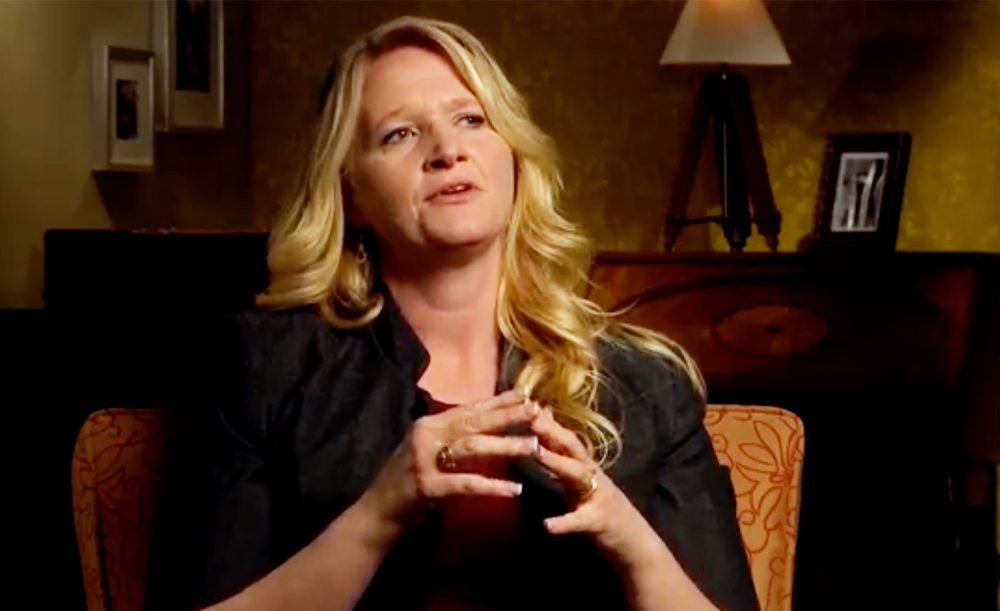 Sister Wives: Christine Admits Her Extreme Jealousy For The Other Wives, Is She Still With Kody?

The trailer of the new season of the Sister Wives created a lot of drama before the premiere. But it turns out that the premier has something even more interesting to offer to fans. It was pretty clear that Christine was jealous of her co-spouses. But this time the third wife openly admitted it.

The fact that she was running around saying that she can’t do marriage with Kody anymore makes fans think that her relationship with him might even be over. After all, things didn’t look good for the couple! Let’s take a look at all this in detail.

Janelle organized a lunch in which she gathered everyone and asked them why they entered the principal. The message was that they entered into a polygamous arrangement as a way to learn not to be selfish. She talked to everyone about feeling disconnected and Kody ended up saying something really unexpected. While the wives started to explain why they opted for being a part of the unconventional family unit, these thoughts were shocking, via People.

Kody doesn’t want to be an advocate of polygamous marriages anymore. He has been thinking about the same and talking to his friends about it a lot lately. The Brown family patriarch further added that he is more aware of the unfairness in their relationship now more than ever. He stated that he always felt his wives loved him. But Kody recognized that it wasn’t a mutual feeling.

Kody said he has all the love he wants. But he also wants to give that love to his wives. Considering that he realizes how hard it is on all of them, he wonders whether he would do the same again. He doesn’t like the idea of his wives being in such an arrangement because of his command. Kody cherishes

the idea of being in a plural marriage for love and choosing to build a family unit together.

Christine opened up about how uncomfortable she was with Kody always holding his phone. She even said that his visits can sometimes disrupt their family’s schedule. As for the phone thing, Kody bluntly stated that he doesn’t have a phone addiction. In fact, when he is on his phone, it’s because he doesn’t really want to engage.

Sister Wives: Christine Discloses Her Jealousy Towards Other Wives

Christine finally admitted what fans all over the world have been speculating. In an unapologetic tone, Christine said that she still gets jealous. The third wife kept on apologizing and emphasized how super jealous she gets and how sorry she is about it. She further admitted that the jealousy makes it harder to get together.

She has a strong personality and finds it hard to strike a balance between exhibiting strengths and not being a b*tch. But in the end, she did say that they should keep doing what they are doing and stated that there are plenty of polygamous families like this.

How long will she be able to take it? Combining it with her giving up on marriage with Kody, do you think they’re still together? Let us know in the comments below.