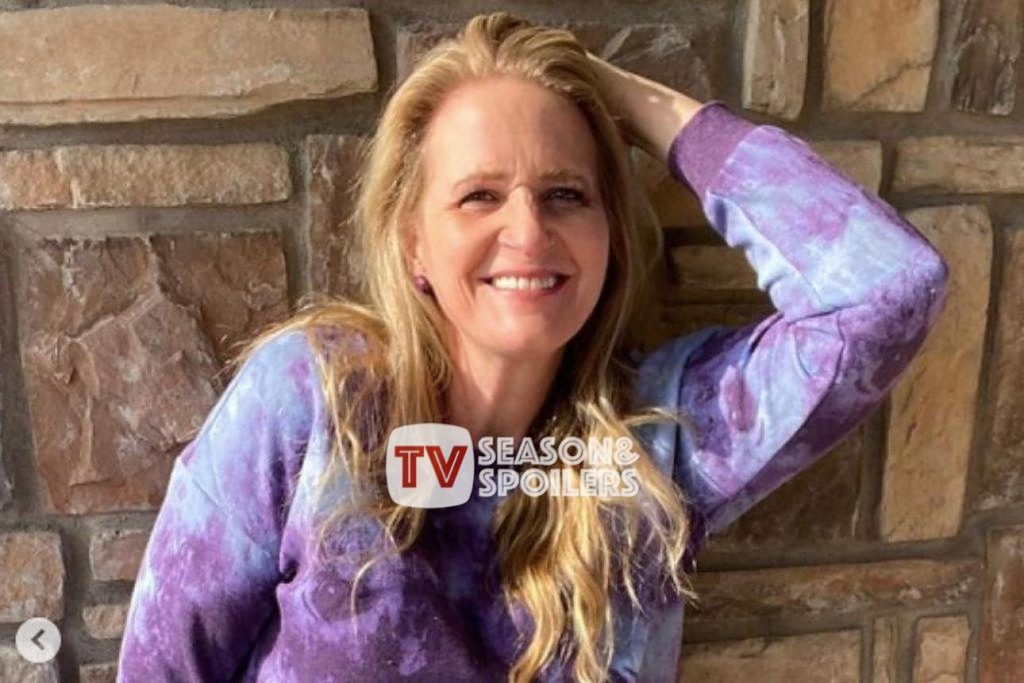 Yes, Christine Brown is having the best of both worlds. The Sister Wives celeb is enjoying her time as a grandma. In addition, she has been experimenting with her looks. Though the reality star is in her 50s, she never lets her viewers down. Besides, the mother of six has experienced each ball life threw at her. From getting away from Kody’s notorious habits to achieving the best of herself. The mother is ready to dazzle the world with her new makeup look. Tune in to see pictures.

When Christine left the polygamist husband, she knew it was time to run. Moreover, the Sister Wives fans have praised her for the courageous show that she puts up. Besides, her kids have been her pillar of strength. Hence, the ex-wife can see the world at a better height. In addition, at times, Christine and Janelle both stun their audience with new appearances. The mother of six has ditched “full-covered” clothes and has begun living a free life. On her 50th birthday, Christine shined in her glittery 70s-themed outfit. Fans were happy to discover that she has a great fashion sense. Moreover, the reality star credits her “plexus drink” for her new charismatic skin.

Meanwhile, Christine Brown took to Cameo to share some advice as a fan asked for a video. However, a lot of people noticed the mother’s makeup. The Sister Wives celeb did her makeup differently this time. Previously, the diss queen used to wear simpler makeup looks that seemed normal. However, the audience noticed Christine flaunting her smokey eyes in the latest cameo video. The celeb did her makeup minimally, but she kept it classy. Likewise, she went on with a brown shadow with some kohl to define her eyes. She had a subtle pink lipstick and did her hair as usual. Yet the look mesmerized the fans. And Christine’s charisma stole the limelight.

Sister Wives: Why Christine Is A Sobbing-Mess?

While Christine is there winning the hearts of millions, she is also grieving something. The reality celeb is a strong woman who would never let anything get past her. However, in her recent Instagram post, the Sister Wives celeb shared that she has been a “sobbing mess.” The fans were upset and wondered what had happened with the mother of six. Moreover, some speculated that maybe she is going through a financial crisis. However, Christine’s youngest daughter, Truely, will start middle school soon. Therefore, the mother is shocked to learn that her kids are growing up fast.

The Sister Wives celeb is happy about her daughter’s big milestone. And she also encouraged Truely to rock her academics. Christine also expressed that Truely is her last child to start middle school. The fans in the comment section mentioned how great a mother the reality star is. And they blessed the 11-year-old for her future endeavor. How do you like Christine’s new make-up look? Tell us in the comments below. And stay tuned to TV Season & Spoilers for the latest updates on reality TV shows.