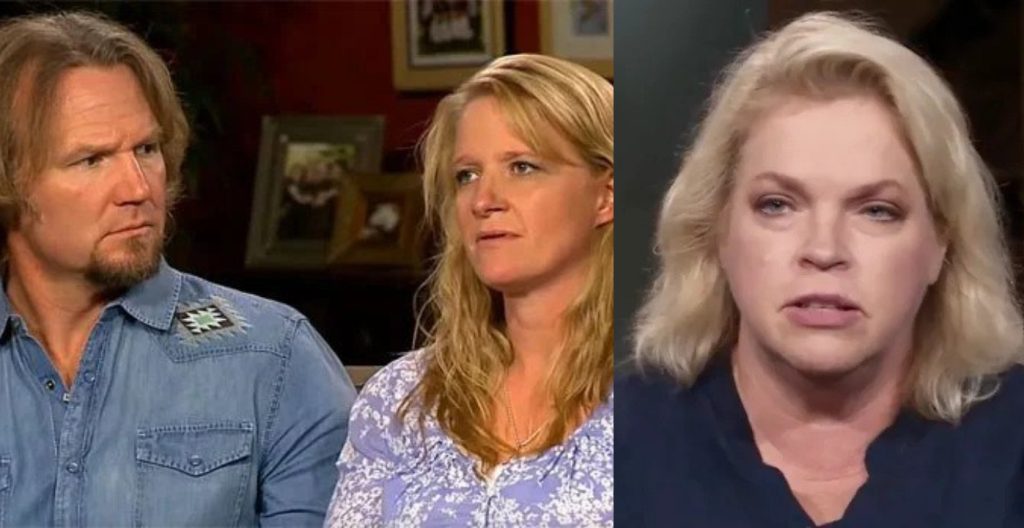 The Sister Wives reality show has been really chaotic lately. They have been Christine-Kody divorce centric. Apparently, the matriarch decided to part ways with the patriarch. Fans have witnessed their deteriorating marriage and knew that the end was near. But according to a recent revelation by Christine, it seems that Janelle might be the one who had something to do with the infamous divorce decision. We have all the information you might wish to know, so keep on reading.

Sister Wives: Janelle Asks Christine To Wait Until She Is Financially Independent

The Sister Wives fans know that Janelle and Christine have always been there for each other. As per the host of Cooking With Just Christine, Janelle has been the one who has always listened to her miseries of life with utmost patience. However, when the former needed any different kind of perspective, she was up for that as well. Apparently, the balanced nature of Kody’s second wife is the core reason why Christine and Janelle have always been a perfect fit for each other. Nevertheless, in a recent podcast with Reality Life With Kate Casey, the TLC star revealed that her ex-sister-wife gave her a piece of practical advice that changed her life.

Fans are well aware of the fact that Christine has always been close to Janelle. Even when she was fed up with her life and decided to leave the patriarch. She consulted her best friend first. In the podcast, the 50-year-old revealed that when the Browns were in Vegas, she was literally done with everything. The star just wanted to part ways with Kody. The celeb consulted the same with Janelle, and she just looked at her face and suggested that until Christine is able to support herself financially, she shouldn’t go anywhere. Without any ifs and buts, she accepted her best friend’s advice. Christine worked hard to become financially independent and then left the plural marriage with no burden on her shoulders.

Sister Wives: Janelle Is Slammed For Acting Like A Single Women

The Sister Wives fans know that though Christine has parted ways with the patriarch. But Janelle is still hanging on in the plural marriage. Apparently, Kody has always had issues with Christine and Janelle’s self-reliant nature, but lately, it has become a throne in their marriage. In a recent clip, the duo sat down together to discuss their deteriorating marriage. The matriarch accepted that her marriage had been on a rocky path for the last few years.

However, typical Kody loses his calm and slams Janelle for acting like a single woman. The father of 18 confesses to the matriarch that they haven’t acted like they were a married couple for most of the marriage. However, it seems that Janelle has had enough now. She burst into tears and claimed that she thought that’s what a plural marriage looked like. The mother of six further confessed in her confessional that she decided to be her own hero and rescued herself. The Browns have already witnessed a divorce lately. Hence they know what a marriage close to its end looks like. Perhaps that is the reason why Kody asked Janelle if she still wanted to stay in the marriage or not. Keep coming back to TV Season & Spoilers