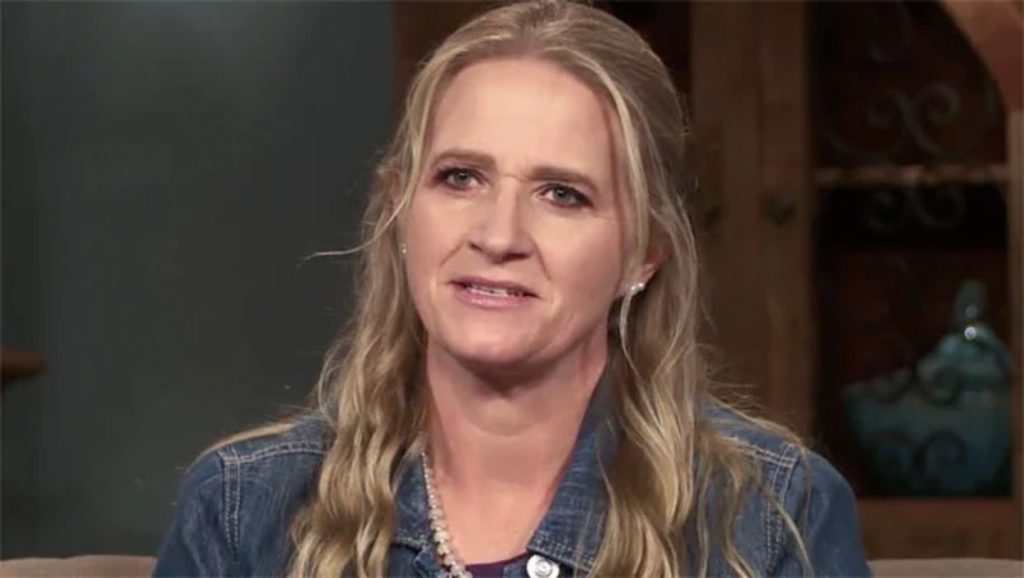 Christine Brown has been thriving since she left her polygamist husband, Kody Brown. Their separation journey got documented in the latest Sister Wives season. Since then, the viewers have always rooted for the ex-third wife and always wanted the best for her. Lately, she has been showcasing her happy single-life a lot on social media. Fans can sense that the divorce is doing her good, and she seems more like herself. However, Christine has been having some scary encounters in her Utah home lately. She took to her social media to showcase it. So, is the star doing okay? Keep reading to know more details.

Christine Brown has become the ultimate favorite cast member on the show Sister Wives. After years of Kody Brown’s mistreatment, she finally stood up for herself and called off her marriage. The viewers loved her brave and confident side in this season’s new episodes. They also keep track of her life on social media. However, the celebrity ended up sharing a not-so-pleasant experience on her Instagram stories. She started off in the video by saying that some of the kids’ toys can be terrifying. Brown then explained that her granddaughter i.e., Mykelti’s daughter Avalon has some of her toys in her house.

She stated that these toys sometimes go off on their own and start making noises. Christine admitted that it is not her most favorite thing when it comes to living on her own. Through her expressions as well, the TLC star looked quite disturbed because of this scary encounter. So, the viewers began to speculate that Christine was hinting that her house must be haunted. After her separation from Kody Brown, the Sister Wives celeb moved away from Flagstaff to Utah. Well, most of her kids are already settled there, enabling her to spend more time with them. While Christine didn’t use the word “haunted” in her story, fans speculate that it must be the case because toys going off on their own is something quite bizarre.

Sister Wives: Christine Brown Ditches Her Busy Day For Ysabel! Is She Okay?

While Christine mentioned a scary encounter at her house, she has also made special posts about wholesome memories in the same place. For instance, she recently talked about leaving everything to be with her daughter Ysabel. Avid Sister Wives fans must know that Christine’s daughter has struggled with scoliosis and also had major surgeries because of this. So, they got really concerned. However, the former wife confirmed that her girl merely showed up at her house just to spend time with her. As a result, Christine kept her very busy day aside to be with her young one. She also used the hashtag, priorities in her post.

That’s when the fanbase began to compare Christine’s kind gesture to her ex-Kody’s ignorance. That’s because the notorious cast member didn’t even bother to show up for his daughter’s scoliosis surgery in the last season happening in New Jersey. On the other hand, Christine ended up not indulging in her very busy day with the snap of her finger to spend time with Ysabel. Many also speculated that the star was taking a dig at her former husband by doing this. While others argued that Christine has always been this kind and warm with her kids. How do you find Christine and Ysabel’s bond? Tell us in the comments below. Hence, it is in her nature to do so. Keep watching this space i.e., TV Season & Spoilers