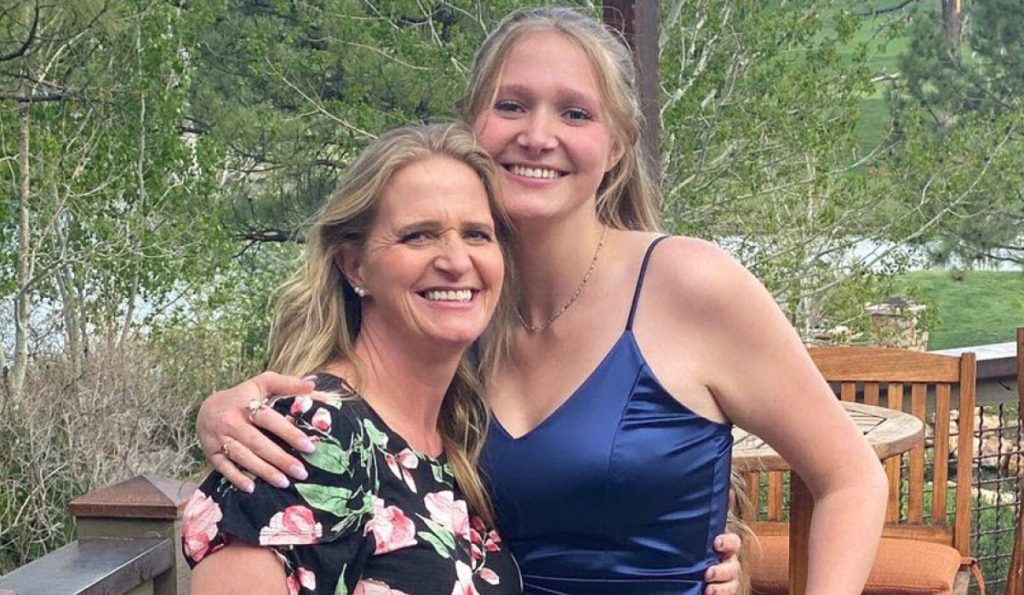 Christine Brown instantly became the fan favorite on Sister Wives. It happened when she became the first wife to leave her notorious polygamist husband, Kody Brown. The both of them had been having marital issues for many years and couldn’t sort it out. While the patriarch wanted to hang on, his third wife had his mind set on leaving and starting a new life. Ever since her newfound freedom, Christine has spent a lot of her time by herself and her kids. Lately, she made a post about how her daughter Ysabel came to her, and she had to ditch her busy day. So, is the young one doing okay? Keep reading to know more about this.

Christine Brown has become the most popular castmate since the last Sister Wives season came to an end. She stood up for herself and finally told her toxic husband, Kody Brown, that she was done with their marriage. Now, she has been using her time to get to know herself better and give all her time to the kids. Lately, the castmate made a very wholesome post about her daughter Ysabel. The fans must know that Christine’s daughter spent a lot of time dealing with scoliosis, and the experience was very painful for her. Ysabel also had to undergo a very serious surgery in the last season because of it. During that time, her father, Kody, didn’t accompany her to the hospital in New Jersey as he was afraid of catching COVID.

Well, don’t worry. That’s because Ysabel is fine and in the pink of health. Christine made a post about keeping her “super busy” day at a side simply because her daughter wanted to “come over” to her place in Utah. So, the Sister Wives star highlighted the importance of family time in the post. She wanted to show how the important days don’t stand a chance when it comes to being there for the family. Well, fans lauded her for this. Many also thought she was also taking a dig at her ex, Kody Brown, as he had been unavailable for all the other kids except for Robyn’s since the onset of the COVID-19 pandemic. Unlike Kody, Christine managed to make time for her daughter even on a busy day.

Sister Wives: Kody Continues To Ignore Ysabel Despite Not Showing Up For Her Surgery!

Kody Brown has never been in the good book of Sister Wives fans. Over the years, they saw him mistreating all three of his wives except for one. But things hit the roof when their kids also started suffering the consequences of it. As mentioned above, the man refused to show up to his daughter Ysabel’s very important scoliosis surgery. The poor daughter carried her father’s shirt so she could feel his presence in some way. This landed the polygamist in a lot of trouble, and fans began to call him a hypocrite. They thought Kody must have learned his lesson after this, but they were wrong.

In the latest season, Ysabel chose to go to her school in person instead of continuing with online classes. She wanted to do so as she was going to college the next year and wanted to spend as much time with her fans as possible. Well, Kody refused to spend time Ysabel her even during this circumstance. He said the winter weather was inconvenient for him to meet her outside to be safe from catching COVID. This again didn’t end up well for Kody Brown as fans speculated that the star was ignoring his daughter by choice now. If meeting her would have been important, he would have found ways to do so. Keep reading all the latest updates surrounding Sister Wives on TV Season & Spoilers.