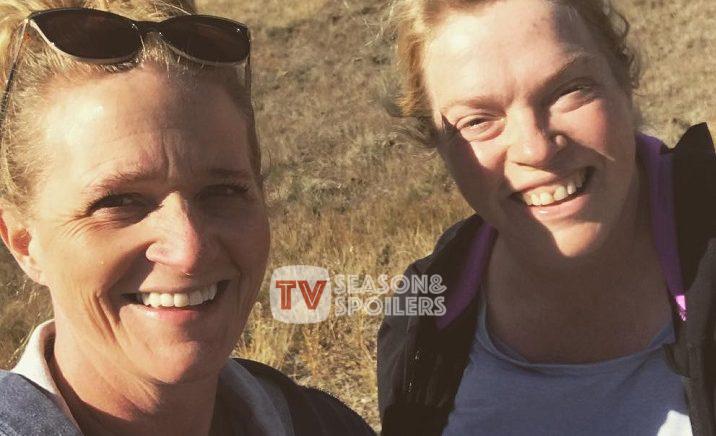 The audience loves Christine’s journey after her split from the family patriarch. The Sister Wives celeb has even admitted that she feels much better after her divorce. Likewise, her journey afterward is getting fun day after day. And with her best friend by her side, she need not worry. This time, the gal-pals went on a Disney land trip. So, tune in with us to find out.

Janelle and Christine Brown are having their lifetime without the family head. After the feud, the Sister Wives are finally going out of the way to spend some quality time together. On Monday, Christine and Janelle took to Instagram to share the family trip to Disney land pictures. Maddie, Savannah, Ysabel, and Truely joined the trip.

Christine captioned the picture, “Loving this vacation!” More so, her 11-year-old got her “maleficent ears,” that she has wanted for years. The comment section was filled with fans praising the ex-wife looking “much happier” after her divorce. Some others commented how “no drama” looks good on her. Likewise, Paedon Brown felt left behind and commented, “So jealous!!”

The mother of six shined brightly for the camera and looked different, portraying her confident and healthy self. It seems like Christine is enjoy ing her happiness and freedom

. And the fans can’t wait but admire her strength. Apart from this, her cooking show is doing great. And the diss queen wouldn’t trade it for anything else.

The two sorted wives are enjoying their time away from the drama. And likewise, Janelle Brown also posted a picture where she mentioned having “Disney fun.” The picture had Maddie Brown Brush and her husband, Caleb Brush. In addition, in a separate post, the 51-year-old mentioned her way to Oreland for a Plexus Leadership Retreat.

She continued that the best part was meeting her favorites, Maddie and Christine. More so, alongside, she posted a picture of Evie and Ysabel and wrote that she loves this side of Ysabel and Evie. Fans commented that Ysabel looks like a young version of Christine. That’s because Ysabel looks exactly like her mother. So, how do you like this picture? Let us know in the comments below. Keep coming back to TV Seasons & Spoilers for the latest updates on Sister Wives.