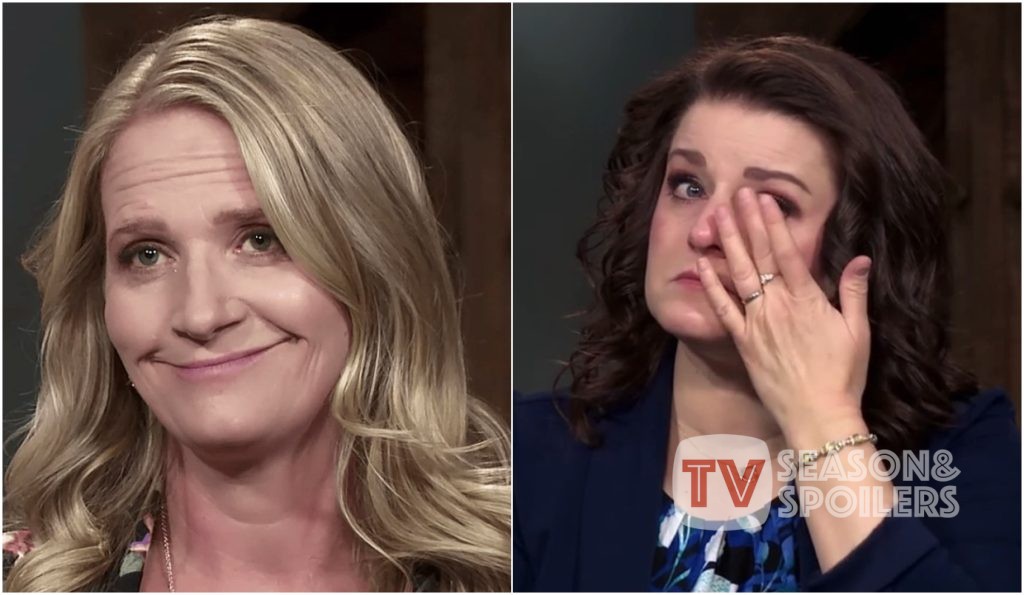 Christine Brown had known for a long time that she wanted out of the plural marriage with Kody. Although the couple discussed this in the latest Sister Wives season, fans saw it coming a long time ago. Shockingly, all other wives had no clue about it. Therefore, an upcoming episode promo had Janelle, Meri, and Robyn reacting to Christine finally announcing her departure from the Brown family. As predicted, Robyn Brown was not able to hold back her tears. Keep reading to know more details about this.

Christine and Kody had been going through a very rough patch in the last few seasons. Although they tried making it work and had discussions about it, they couldn’t see eye to eye. At last, the third wife announced that she didn’t want to be with her polygamist husband anymore. Both of them had been keeping this big announcement to themselves. The promo revealed that all five castmates, i.e., Kody, Christine, Meri, Janelle, and Robyn, got together for the disclosure. Christine finally spilled the tea while saying she had been meaning to talk to all of them about this for a long time.

Robyn Brown was the first one to react. As predicted, she began crying at the reveal. She initially believed that the couple was “on a break” and would eventually work things out. At last, the fourth wife asked if Christine’s decision was final, and she said yes. In her confessional, Robyn was still in disbelief, having a hard time “computing” this major announcement. At last, she ended up saying things weren’t
“making sense” for her. Meri also was in shock at the circumstances. Whereas Janelle said that she knew this was coming. However, it hit her since things actually happening is different from just “knowing” about it.

Sister Wives: Meri Angry At Christine For Leaving? Says She Is Not A Sister Wife Anymore!

While ‘Sobyn’ Robyn Brown had an emotional reaction to Christine’s departure, Meri Brown was slightly bitter. She, too, was in shock and had trouble processing the information. At last, she talked about having a “black and white” personality. Hence, the first wife said that when women aren’t married to the same man, they don’t remain a “sister wife”. She also didn’t hold back while saying she felt a bit “angry” and was not happy with how things were taking place.

Meri has always been the lone wolf in the family. Her relationship with Kody has suffered for years. In the last Tell All episode, the polygamist mentioned that he is “good friends” with his first wife. This irked a lot of viewers, who still continue to tell Meri that she should also leave the notorious castmate for not being a good husband. It can be a possibility that she got upset and angry over Christine

leaving because the former chose to stay despite all the hardships. For the latest Sister Wives news, stay tuned to TV Season & Spoilers