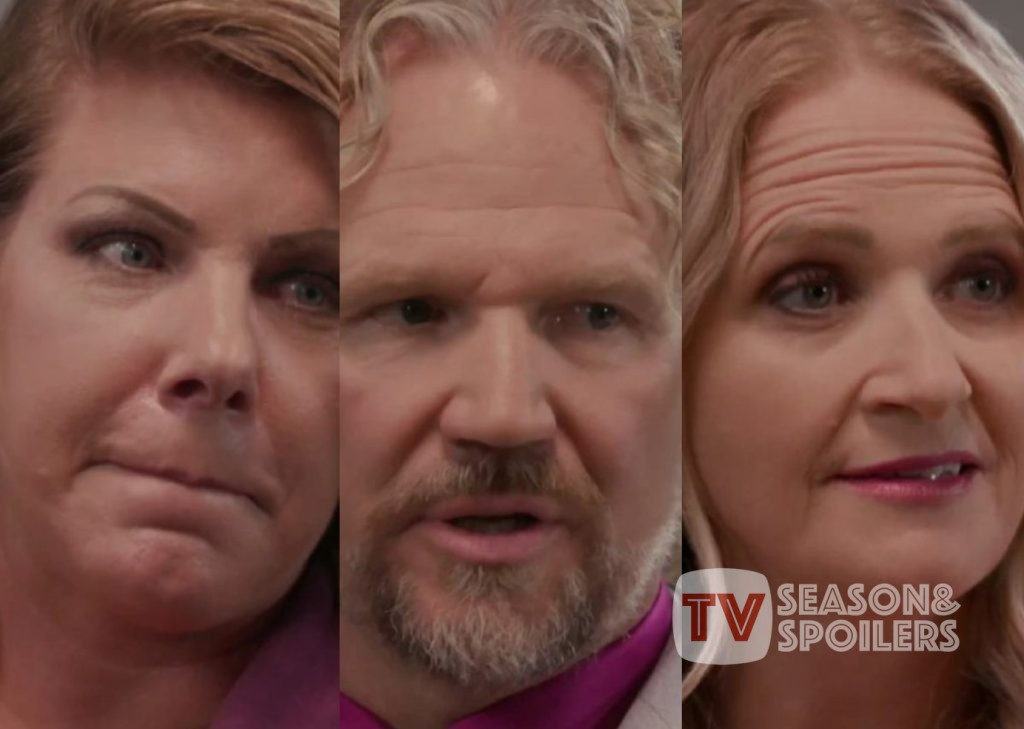 The popular show Sister Wives has always been full of family drama. Due to Kody’s dominating nature, his polygamist marriage is falling apart. Christine has already left Kody as she did not have any hope left from Kody. Influenced by Christine, Janelle also took a major step and ended her 30 years of marriage. However, the two ex-wives advise Meri to follow in their footsteps and leave Kody. Meri Brown is Kody’s first wife, and he earlier claimed that he never loved her. Despite being betrayed by her husband, Meri still considers being loyal to him. Although in the Tell-All episode, Meri learned that Kody was thinking of reconciliation. But she also got to know that Christine was against it. Keep reading to find out the reason behind it.

Sister Wives: Meri & Kody Talk About How Their Relationship Ended!

Kody Brown was thinking of reconciliation, but Meri Brown was not aware of it. In a clip by ET, from the forthcoming one-on-one edition of Sister Wives, the ex-couples talk about how their relationship ended. Kody and Meri got married in 1990 and enjoyed a successful marriage up until her catfishing controversy in 2015. Meri was determined to remain around and see “whether Kody would be prepared to work on a relationship,” even after Kody declared that he did not feel “comfortable” being intimate with her again. But Kody left Meri with little faith in the possibility of their romance blossoming again.

During Tell All, Kody describes his relationship with Meri as “not what it was”. Besides, he claims that despite this, he no longer felt furious with her for everything he had been through during his relationship with her. He even revealed that he had similar conversations with his three previous wives, Christine, Janelle, and Robyn. Kody says, “I was willing to realise the mistake of my ways”. But he added that he would “afterwards work to evaluate whether we were fine with each other anymore”. The Sister Wives star his other three closest friends about it. “Meri and I can figure it out, maybe,” he remembers. Aside from that, he says, “Christine is terrified because I’m acting that way with these three women.”

Meri is shocked to hear the “interesting” truth that reconciliation would have been feasible during their one-on-one conversation. She said, “He was saying, “No, you’re expected to have been wooing me”. As they were leaving for a picnic, Meri told him that she was looking for him. However, he declared that he was not coming. Witnessing his frustrated behavior, she turned off my camera and wrapped her arms around him. And asked, “What would you react if I simply kissed you just now?” However, physically speaking, he was a board, whereas he was backing up. Kody then says, “I can’t do that”.

Meri admits that learning that her relationship could have been repaired made her “feel wonderful,” but she claims that Kody’s willingness to reconcile “didn’t stay through the evening”. Meri says she “might be open” to getting back in touch with him if he still has that opportunity. She got to know that Christine had an issue with Meri and Kody getting back together. So, she responded, “I don’t know what you’re talking about”. She was shocked to know that her ex-sister wife was against what her reconciliation with Kody. Then Meri added, “I was never aware of that interaction with him, and I was never aware of the interaction with Christine”. She was totally surprised to know about it. Was Christine really against it? If yes, then how will Meri take it? Stay tuned for all the latest Sister Wives updates, and keep coming back to the TV Season & Spoilers