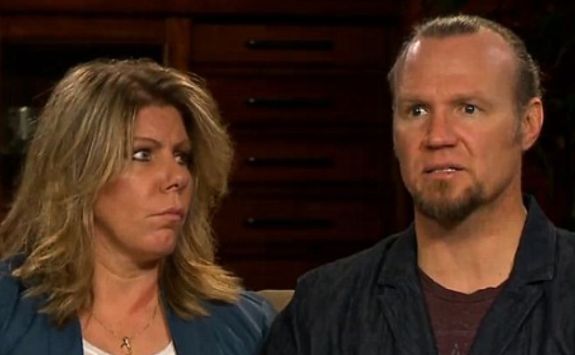 There is no doubt that Meri Brown stands out from her plural family. In fact, the Sister Wives cast member is not really close to anyone amongst the Browns. Moreover, it is Kody Brown who maintains the most distance from his first wife. Apparently, in the Tell All episode, he claimed Meri Brown ruined all their chances of reconciling after cheating on him! Well, he was referring to the old catfish incident she was a part of. So, did his wife do so? Keep reading further for all the details regarding this matter.

Meri Brown has been in a loveless marriage with Kody Brown for a decade now. Apparently, she gave confirmation on this during the new Sister Wives One on One segment. When Kody addressed his relationship with his first wife, he claimed the catfish incident led to him not trusting his wife anymore. For him, she clearly cheated on him. Back in 2015, Meri Brown encountered a man by the name of Sam Cooper online. Long story short, love bloomed among them. In fact, she also considered leaving his family for this new man.

It turns out this was happening when she was feeling most neglected by her partner. Hence, she turned to Sam. Yet, there was something fishy going on with this new man. That’s because they would always hold off meeting the TV star in person. However, she finally ended up meeting Lindsey, a friend of Sam. Unfortunately, months later, the star found out she was being catfished. Moreso, the person who met her, was Jackie Overton. Shockingly, she was the one running the account by the name of Sam.

It doesn’t end here. That’s because the catfish ended up releasing a book about the abovementioned experience. Additionally, it contained Jackie’s perspective as she deceived the celebrity. After the confrontation, the treacherous woman also went as far as leaking all the images and chats with her. As predicted, Meri was very lost after the reveal. Then, she claimed she fell for the said person after Kody kept scorning her.

Kody and Meri shed light on their troubled relationship in the Sister Wives Season 16 Tell All. A major reveal made by the latter was that they hadn’t been intimate with one another for ten years. Hence, viewers quickly took note that it was the time when Robyn had just joined the family. However, Kody gave clarification on that matter by stating he didn’t feel safe with Meri

after the emotional affair that ended up being a catfishing incident.

Despite this, the viewers compared the timelines and realized that the matter took place in 2015-16. As there was no physical affection amongst them for ten years, they realized the polygamist was lying. Moreover, they found it hypocritical that someone with four wives can feel cheated on. Yet, there was another side of the fanbase stating that what Meri did was wrong. So, whose side are you on? Tell us in the comments below. Keep checking TV Season & Spoilers for more such news.