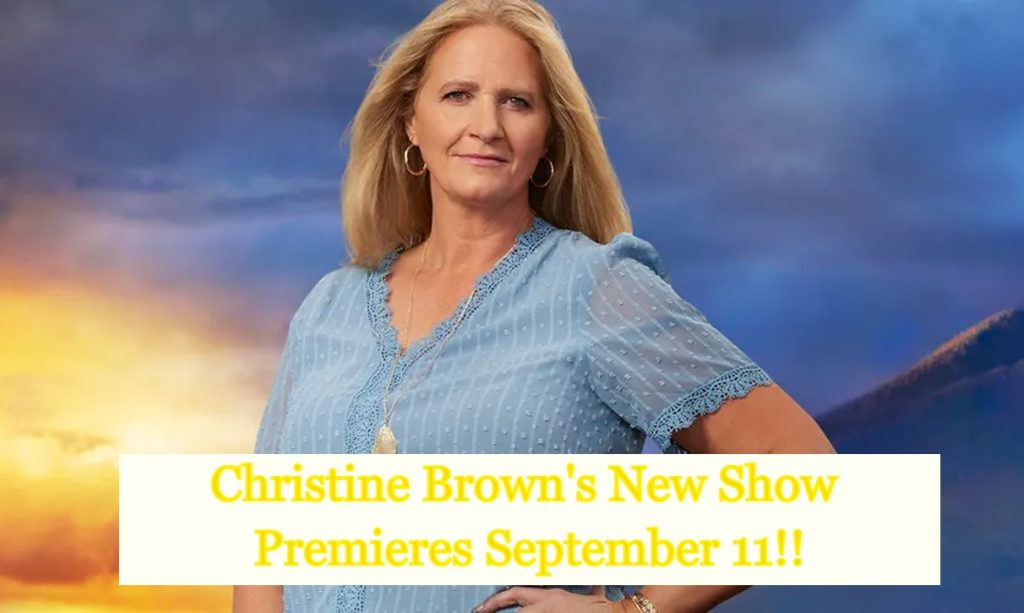 Sister Wives: Christine’s New Show To Premiere On The Same Date As Season 17!

Christine Brown has become a fan favorite after the last season of Sister Wives premiered. It’s because she finally kicked Kody Brown out of her house after years of being in an unhappy marriage. Following this, she also made a major announcement in November 2021, saying they are ‘spiritually’ divorced now. Hence, the new season will deal with the third wife leaving the plural family and the effect it has on the rest of them. With this, Christine will also be starring in another show that will air on the same date as the new season. Keep reading to know more details about this.

Sister Wives: Christine All Set To Star In Her New Cooking Show! Will Premiere On The Same Date As Season 17

The Sister Wives castmates will soon be ruling on TV screens again. That’s because TLC is all set to release their new season. Christine Brown has become the only sister wife who finally left the notorious polygamist, Kody Brown. Hence, viewers often root for her, and she is now their favorite. In fact, the upcoming season will feature their separation and how the rest of the family dealt with this massive change. Clearly, Christine has a lot going on since she left Kody

. Now she has moved to Utah from Flagstaff and is close to the rest of her adult kids.

With this, her career as a reality TV star is flourishing too. Apart from continuing to be a part of Sister Wives, Christine Brown has another show of her own. In fact, the new series premiered earlier this year. It is a cooking show called ‘Cooking With Just Christine’. It turns out that the second season of the same will premiere on September 11, 2022. This means it will be clashing with the premiere date of Sister Wives Season 17. Well, viewers remain excited for both the shows and can’t wait to see what’s in store for the entire Brown family.

Sister Wives: Christine Talks About The Real Reason Why She Left Kody Brown!

It was quite clear to the viewers that Christine and Kody had hit a rough patch in the previous season of Sister Wives. At last, she made him pack his stuff and leave her Flagstaff home. The former wife stated that most of it had to do with the notorious castmate lacking “physical” and “emotional” intimacy. However, the one reason why she finally dumped Kody was because of how he dealt with their daughter Ysabel’s scoliosis surgery. It turns out that he didn’t accompany his girl when she was due for very major spine surgery. Although the teenager wanted her father to be with her, he didn’t make it. That’s because he was too afraid of traveling and contracting COVID-19.

Therefore, Christine ended up losing all respect for her husband after this incident. Hence, their relationship has been on a downward spiral since then. At last, she took the decision to separate herself from him and the rest of the family. Now the castmate is busy living her life to the fullest in Utah and spending time with her six kids. Although she and Kody agreed on co-parenting, the father is rarely seen spending time with them. Keep track of all the latest Sister Wives updates only on TV Season & Spoilers.